For many motorists, it's instinctual to feel fear when a swarm of burly guys with tattoos come roaring into the rearview mirror on their loud, modified Harley-Davidson motorcycles.

Many people's assumption, right or wrong, is that the individuals belong to a motorcycle gang -- or club, as many of them prefer to be called -- and that they'll bust you up thoroughly if you so much as look at one of them the wrong way. The most famous of these clubs, or infamous depending on your point of view, is the Hells Angels Motorcycle Club. It's the one that created the model of the "outlaw" motorcycle group that we know today.

Its members are known by the public as being fearsome, short-tempered and often involved in criminal activity, despite efforts of local club chapters to perform good works in the community. Law enforcement keeps close tabs on the Hells Angels and other motorcycle-centered organizations -- police say the bikers often resort to murder to eliminate rivals who threaten their profitable criminal enterprises.

With a reputation firmly established in popular culture, the Hells Angels have developed a modern mythology around themselves that presents as many questions about the group as answers. Are the Hells Angels organized criminals or compassionate givers to charity and the community? What really goes on behind closed club meeting doors?

This article will examine those questions as we take a look at the history, rules, reputation and reach of the Hells Angels Motorcycle Club.

History of the Hells Angels

As best anyone can tell, the Hells Angels as we know it today got started in Fontana, Calif., in 1948 by Otto Freidli [source: James]. The modern-day club's precise origins remain somewhat of a mystery, as several motorcycle clubs with the name Hells Angels apparently sprang up in the postwar era in close proximity to one another. Motorcycles were cheap as war surplus items, and veterans returned from recently ended World War II were ripe recruits for the action promised by joining a group of drinking and cursing bikers.

The name "Hells Angels" comes from World War I and II fighter squadrons that played on the irony of the phrase. If you pay attention to punctuation rules, you may have noticed a missing apostrophe in the name of the motorcycle club. On the club's official site, the missing apostrophe is explained away as being intentional. The site claims that since there are many types of "hell," no apostrophe is needed. However, even if "Hells" is used in a plural sense, common rules regarding punctuation dictate it should at least end with an apostrophe. But it probably wouldn't be a good idea to quibble with a member over the issue if you met one in public.

Much of what we know about the group can be attributed to the works of Ralph "Sonny" Barger, a founding member of the Oakland, Calif., chapter of Hells Angels in 1957 and author of several books about his experiences.

Hollywood, always enchanted by stories of seductively dangerous individuals, began jumping in with films that romanticized the hooligan biker lifestyle. Movies such as "The Wild One," starring Marlon Brando in 1953, depicted law-defying motorcyclists as anti-establishment icons. These and other media images of free-spirited bikers spurred membership in the Hells Angels and a host of other biker clubs -- both law-abiding and not-so-law-abiding.

Like many exclusive organizations, the Hells Angels maintain a great deal of secrecy involving the inner workings of their group. But enough has been written by members and observers to give a basic idea of what's required to join. Officially, you must:

Given the group's alliance with groups like the Aryan Brotherhood, and its fondness for Nazi symbolism, members also must be white. The road to full membership has several phases and can last years:

Hang-around: A status that allows a prospective member to attend some club events.

Associate: If members take an interest in a Hang-around, Associate status might be offered.

Prospect: This status is full-acknowledgement that an individual is in the pipeline for consideration. The person may participate in club activities but has no club voting privileges.

Full member or Full-patch: Successful prospects graduate to this status. Full-Patch, or being "patched" refers to the fact that the member now has the right to wear all the sanctioned jacket patches, including the Hells Angel "death head" logo, the words "Hells Angels" on the top patch panel (called a rocker), and the club location on the lower rocker.

Among themselves, members refer to the organization as simply "HAMC" and often reference the number "81" in various contexts. The letter "h" is the eighth number in the alphabet and "a" is the first -- shorthand for "Hells Angels" [source: Hells Angels Motorcycle Club World].

The Hells Angels are known by law-enforcement officials across the globe as an "outlaw" biker gang. Members prefer to call themselves a "motorcycle club." But are the Hells Angels really as dangerous as their reputation?

Law enforcement agencies around the world have alleged the Hells Angels are an organization steeped in crime and violence. Drugs, prostitution and intimidation are the group's stock and trade, according to authorities, and the members have the rap sheets to prove it:

In their book "Angels of Death: Inside the Bikers Empire of Crime," authors William Marsden and Julius Sher portray a Hells Angels in which members murder fellow motorcyclists, police officers and people minding their own business: "Not to mention the hundreds of thousands of lives ruined, brains fried, bodies withered by the methamphetamines, cocaine and other drugs pushed by the bikers. And yet while the body count kept mounting, Sonny Barger, the Californian patriarch and international leader of the Hells Angels, was being feted by the international media as he promoted his latest bestselling book" [source: Marsden and Sher].

Not surprisingly, the group holds the official position that it's persecuted by police and federal agencies because of its members' non-conformist lifestyles and beliefs.

Clubs hold rides for charity, such as the Toys for Tots donation program. On the main Hells Angels Web site, what the group collectively views as its plight is summed up in the phrase, "When we do right nobody remembers, when we do wrong nobody forgets."

So are the Hells Angels a bunch of glorified gangsters on two wheels, or just a fraternity of free-spirited guys who like to ride loud Harleys? Perhaps it's a little of both. And from their rough-and-tumble beginnings in post-World War II California, the Hells Angels have proliferated overseas. But just how extensively has the motorcycle club grown?

Hells Angels Around the World

The Hells Angels philosophy will never be mistaken for mainstream, and yet it's struck a resonance and fascination that's gone global. To date, more than 100 Hells Angels chapters in 29 countries have been sanctioned by the organization.

New Zealand was the first country outside the United States to get an official Hells Angels chapter, in 1961. London became the first European beachhead for the Hells Angels in 1969 when George Harrison, of the rock group The Beatles, invited a couple of San Francisco club members to London. In fact, many musicians have held an affinity for the Hells Angels, and they're often hired as security at concerts.

And yet, news reports from Australia, to Germany, to Scandinavia and Canada relate tales of violence and criminality as the Hells Angels battle with other biker gangs. Usually at issue are turf matters or run-ins with law enforcement over the dealings of more than a few Angels in organized crime activities [source: James].

For instance, the Quebec Biker War in Canada waged between the Hells Angels and a rival group called the Rock Machine, spanned eight years and killed more than 150 people -- including innocent bystanders. In Europe at least, conflicts between Hells Angels and rival biker gangs have in the past escalated to the use of machine guns, grenades, rocket launchers and car bombs.

For more information about motorcycles, gangs and other related topics, follow the links on the next page. 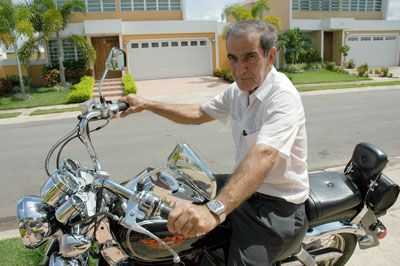 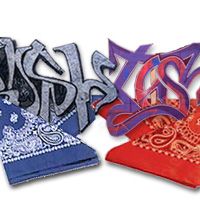