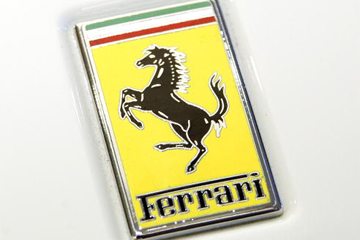 Image Gallery: Sports Cars Close up of a Ferrari logo during the opening of The Ferrari Store of New York on June 23, 2010 in New York City. See more pictures of sports cars.
Andrew H. Walker/Getty Images

The Ferrari FF created a great deal of controversy when it was announced in January 2011, in part because it represents a break from Ferrari's sports car tradition. The FF (an abbreviation for "Ferrari Four") is as much a family car as a sports model, with a comfortable four-seat interior and a spacious luggage compartment. Perhaps the most radical thing about it is that it's Ferrari first car with four-wheel drive. (Note all those "fours" -- four seats and four-wheel drive. It's not hard to figure out what the "four" in Ferrari Four refers to.)

So does the introduction of a four-wheel drive family car to their line mean that Ferrari is planning to shed its reputation for speed, acceleration and sporty handling? Not at all. In an ingenious bit of engineering, Ferrari has managed to create what is quite possibly the fastest accelerating four-wheel drive car on the road. They've done this by giving the FF the largest engine of any Ferrari, along with a four-wheel drive system that weighs half as much as similar systems usually do. According to its manufacturer, the FF can accelerate from 0 to 62 miles per hour (100 kilometers per hour) in just 3.7 seconds, with an impressive 651 horsepower giving it a top speed of 208 miles per hour (334.7 kilometers per liter).

The design of the FF, with its hefty rear end, hasn't pleased all Ferrari fans, but the fact the FF sacrifices surprisingly little performance in the name of family friendliness makes it a notable addition to the Ferrari line. How have Ferrari's engineers managed to combine a four-wheel drive system and a spacious interior with sporty handling? The answer lies in the design of the drive train, which uses Ferrari's innovative gearing system and a clever method of distributing torque to the front and rear wheels to milk the maximum performance out of a four-wheel drive. In fact, they've managed to create a four-wheel drive car that feels to the driver almost exactly like a car with rear-wheel drive.

How have they done that? We'll look at the details on the following pages. 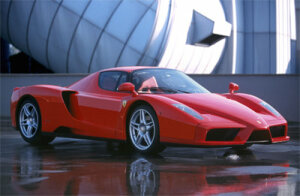 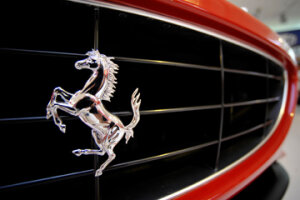 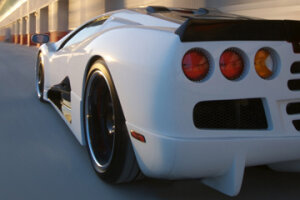