The Edsel Citation was one of the first production Edsels, bowing in 1958. See more pictures of the Edsel.

A comedy of errors or a good idea at the wrong time? The Edsel was both -- proof that what seems sound today may not be so tomorrow. As one historian later wrote: "Its aim was right, but the target moved."

That target was sighted in the heady days of 1954, when Ford Motor Company was strongly recovering from its near-collapse in the late '40s. Led by board chairman Ernest R. Breech, optimistic Dearborn managers, determined to match General Motors model for model, laid expansionist plans for a GM-like five-make hierarchy involving a separate new Continental Division and a second medium-price make to bolster Mercury.

The latter made appealing sense at a time when the medium-price market was booming. In record-setting 1955, Pontiac, Buick, and Dodge built nearly two million cars ­combined.

B­ut with the industry's usual three-year lead times, Edsel didn't arrive until late 1957, by which time the entire market was depressed and the medium-price segment had shriveled from 25 to 18 percent. Hoping to sell 100,000 of its debut '58 models, Edsel Division built only a little over 63,000, though that was fair going for an all-new line in a recession year. But from there it was all downhill. After fewer than 45,000 for '59 and a mere 3000 of the token 1960 models, the make was canceled at the end of November '59. The name, of course, honored the only son of company founder Henry Ford and the father of then-president Henry Ford II. Not that it was supposed to be the choice. Ford solic­ited monikers from all over -- including free/thinker poet Marianne Moore, who came up with stunners like "Mongoose Civique," "Turcotinga," and "Utopian Turtletop." Ranger, Pacer, Corsair, and Citation were the top finishers among 6000 names considered by the ad agency, and were ultimately adopted as series designations. But Breech didn't like these or any of the other suggestions. "Edsel" had popped up as an early prospect, probably because the project was widely known as the "E-car." But the Ford family was against it, and even publicly denied that Edsel would ever be used. But when a decision lagged, Breech stepped in. "I'll take care of Henry," he declared. He did, and Edsel it was.

Though originally conceived as a more-expensive and powerful "super Mercury," Edsel was positioned between Ford and Mercury. It was also far from the radical all-new design rumored for some two years before introduction, which might also have affected first-year sales. 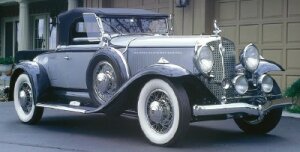