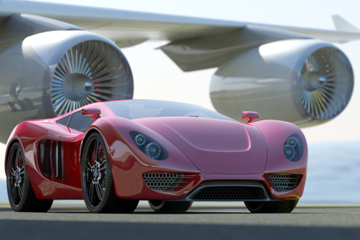 A lot of effort goes into producing a concept car. So exactly how much does it cost to build one? See more pictures of exotic cars.
Mark Evans/the Agency Collection/Getty Images

The reason that cars we drive are so inexpensive -- well, if you can call anything that costs well into the five-figure range inexpensive -- is that so many of them get made. When tens of thousands of identical models come rolling off the assembly line, economies of scale kick in. The cost of designing the car and designing a production process that can be used to manufacture it gets deferred over the large number of vehicles that end up in car dealers' lots.

But what about concept cars? These are brand new vehicles, or mock-ups of new vehicles, that incorporate revolutionary new ideas in technology and design. Concept cars are usually developed from scratch, and only one or two copies may ever be made. In most instances they never even reach the showrooms. A lot of effort goes into producing a concept car. So exactly how much does it cost to build one?

That's a difficult question to answer because there are many different kinds of concept cars. Some are scale models -- so small they can sit in a display case. Others are big enough to look realistic at auto shows, but don't have a working engine. And a few can actually drive around the block and at least give the impression to onlookers that they operate like a genuine production model.

The process by which a concept car is produced usually begins with a series of drawings, starting with rough sketches and progressing to detailed blueprints -- often created on computer. Traditionally, the next step is to model the car in industrial plasticine, more commonly referred to as modeling clay, which can be molded into shape, then hardened, painted and shellacked to look like an operational vehicle (which many concept cars are not). Although scale-model concept vehicles may cost less than $100,000 to produce, the cost of developing a full-sized clay concept car for a major automaker is generally greater than $100,000 and can be as high as $300,000 or more, with much of this money going to pay the salaries of the highly skilled designers and modelers who often put in weeks or months on the project. Since this full-sized model may be the culmination of a process of producing smaller models for proof of concept, the total cost may be even higher. With the development of computer numeric control (CNC) equipment, a computer aided design/computer aided manufacture (CAD/CAM) program can directly operate automated cutting machinery that can make a model out of clay, metal or fiberglass. This greatly speeds the process, without the need for human modelers to work with clay -- although many designers still feel that working clay by hand is necessary to achieve a precise design and to compensate for problems that are not necessarily obvious in the original computer model.

A non-working mock-up of a concept car is often adequate for display at auto shows and for publicity pictures. To make a concept car that can actually be driven, automakers will sometimes take the drivetrain from an existing car and insert it in the concept car, thus saving the expense of developing a custom drivetrain. Before the concept car (or, more likely, a vehicle that incorporates features borrowed from it) can go into actual production, a working production intent vehicle needs to be built -- and yes, that's expensive. However, a concept car mostly exists just to look good and provide photo opportunities, so minimal investment is necessary in the sort of mechanics and electronics that would make a real car roadworthy.

For more information about concept cars and other related topics, follow the links below. 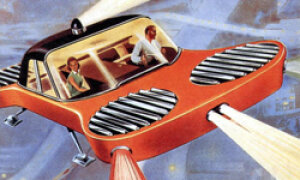 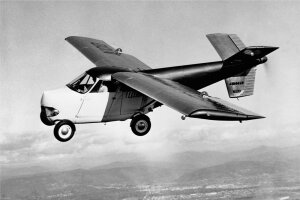 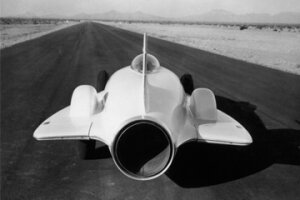