by Kevin Bonsor
NEXT PAGE 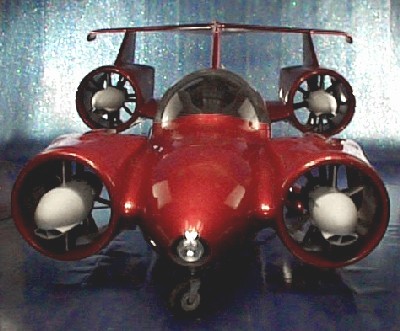 Sitting amidst a sea of cars in bumper-to-bumper traffic on an endless expresswa­y, have you ever daydreamed about your car taking off and flying over the road? Imagine if you could just flip a switch and unshackle yourself from the asphalt!

Traffic jams are the bane of any commuter. Many of us spend an hour or so stuck in traffic every week. The growing population is partly to blame for our congested roads, but the main problem is that we are not expanding our transportation systems fast enough to meet ever increasing demands. One solution is to create a new type of transportation that doesn't rely on roads, which could one day make traffic jams a 20th century relic. To do this, we must look to the sky.

­In the last century, airplanes and mass-­produced cars have changed the way we live. Cars, which became affordable for the general population, have allowed us to move farther away from cities, and planes have cut travel time to faraway destinations considerably. At the beginning of a new century, we may see the realization of a century-old dream -- the merging of cars and planes into roadable aircraft, or flying cars. You've probably heard promises about flying cars before, and the technology to make them safe and easy to fly may finally be here.

In this article, we will take a look back at some of the attempts to build a flying car, and examine some of the flying vehicles that you may be able to park in your garage in the next decade!