by Cherise Threewitt Feb 5, 2019
Eating while driving only contributes to the germs and bacteria already thriving on your steering wheel. stevecoleimages/Getty Images

You probably think that your kitchen sponge is by far the dirtiest item in your house. And according to a 2017 list from WebMD of all the germy things you touch every day, you're wrong. It included the obvious candidates like smartphones, computer keyboards, dog toys, shopping carts and even the office coffeemaker. (That kitchen sponge came in at No. 4 by the way.) One obvious surface omitted from the list, though, and most others like it? The steering wheel of your car.

The average American driver spends 17,600 minutes behind the wheel every year, but doesn't spend nearly enough time cleaning the inside of that car. Sure, you'll see cars lined up outside a car wash after a muddy rainstorm, heavy pollen season in spring or at the end of winter to wash off all that salt buildup. And that's great for the health of the vehicle, but doesn't really have a direct benefit on the health of the driver.

A survey by CarRentals.com found that 32 percent of car owners clean the inside their car just once a year, and 12 percent never clean inside the car at all. Never! Frankly, that's pretty gross, especially considering that many drivers (about 20 percent) also eat and drink while on the road.

So, what's breeding in the cabin of your car? Oh, just about 700 different strains of bacteria. And that habit of eating and drinking and then touching your car's interior surfaces makes things even worse. Consider that any food or liquid you drop or spill creates the perfect environment — dark, confined and exposed to plenty of temperature changes — for breeding more bacteria.

And the worst spot of all, according to the survey, is actually your car's steering wheel. It's six times dirtier than your smartphone screen (which by the way topped in at No. 1 on WebMD's grossest list), four times nastier than the seat of a public toilet and twice as filthy as the buttons in an elevator. Grossed out yet?

Furthermore, the CarRentals study noted, when you fill up on gas, that pump handle likely is 11,835 times dirtier than a public toilet seat! Even the most fastidious car owners, those who clean their interiors more often than average, probably don't disinfect their hands every time they stop for a fill-up. Those germs immediately get transferred to your door handles, gearshift and steering wheel.

So what's a driver to do to keep their car germ-free — OK, at least clean? Wipe down surfaces like the steering wheel, gearshift, door handles and audio controls — and don't forget your keys — with sanitizer wipes. You can also spray a disinfectant like Lysol into your air filter's vent the next time you change it to prevent germs from building up and recycling through your car every time you turn on the heat or A/C. Vacuum the carpets and seats regularly, and have them professionally shampooed a few times a year. And while you're at it, clean the floor mats — or better yet, treat yourself to new ones if they're really beat.

For what it's worth, this isn't exactly breaking news. Steering wheels, and car interiors for that matter, are often overlooked on "nastiest things" lists, though Consumer Reports did a write-up on the subject in 2011. The article was based on research from microbiologists at Queen Mary University of London, who did note that most of the bacteria on the average steering wheel weren't especially serious, but the more dangerous types could cause food poisoning, among other ailments. The bottom line is, clean your car people! 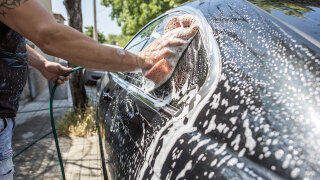 How Often Should You Wash Your Car? 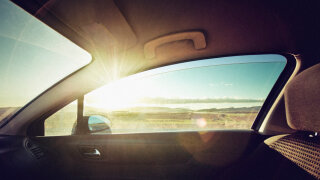 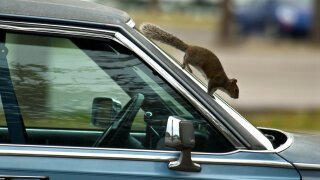