by Dave Roos Mar 7, 2018
Where's that squirrel headed? Let's hope it's not inside your car. Mark Newman/Getty Images

You open up your car door and it hits you like a freight train of funk — the unmistakable stench of death. The source, most likely, is a small animal that crawled into your engine for warmth and got ground up in the works. But getting rid of the odor is going to require a lot more than hanging a second pine-scented tree from the rear-view mirror.

Wild animals including mice, rats, chipmunks, squirrels and opossums have been known to hole up under the hoods of cars and trucks, especially during the winter months. Attracted by the warm, protected environment, they build nests in snug corners and entertain themselves by chewing on the car's electrical wiring (it sharpens their teeth).

In fact, wiring and other interior damage from stowaway rodents is common enough that it's covered by most comprehensive car insurance policies.

One mechanic at a busy California Mercedes-Benz dealership told Popular Mechanics in 2014 that his crew found evidence of animals under the hood — droppings, empty shells, paw prints, etc. — on practically a daily basis. And four or five times a year, a real live rat would leap out of a car.

Leaping out is one thing but what if the animal curls up and dies inside there? Often you don't know this has happened until you smell a very foul odor in your vehicle.

Finding the deceased creature may not be easy. Engine compartments are tightly packed with oddly shaped machinery and it's difficult to see or reach into every hidden curve and corner. Then there's the issue of animals who meet a violent death in the vehicle's fan belt or crankshaft. Bits and pieces may be ground up and embedded in hard-to-reach spaces.

If you can find the dead animal yourself, carefully remove it using gloves. The CDC recommends soaking the carcass in a disinfectant solution of 1 part bleach to 10 parts water for five minutes before double-packing it in sealable plastic bags and disposing of it in a garbage can that's emptied regularly.

If you can't find the dead body or can't clean up the mess without removing parts of the engine, call your local service station or body shop and break the news gently. They should be able to get the animal out for you.

Getting Rid of the Funk

Once the remains are out, it's time to work on the stink. The lingering foul odor is produced by bacteria left on surfaces after the body is removed. Donning gloves again, scrub down all surfaces that had any contact with the dead creature with a commercial disinfectant or diluted bleach solution and let the car air out as much as possible.

This gets tricky, however, if the animal died near your air filter (they love ripping up air filters and using the scraps for nesting material) or within the car's burrow-like ventilation system. In that case, there's a good chance that the odorous bacteria were dispersed throughout the entire passenger compartment.

At this point, you might want to call in the professionals. Frank Simmons is founder of The Odor Doctors, a business that specializes in removing lingering odors from vehicles. While Simmons says that dead animal calls are "pretty rare," he's seen cases where rodents have climbed into the air conditioner's evaporator unit and gotten trapped, spreading the stench throughout the whole vehicle.

Simmons uses a three-step process to remove all odors (cigar smoke, he says, is the worst). The first pass is with saturated dry steam. That's a type of ultra-hot steam cleaner that directs a blast of 360 degrees F (182 degrees C) on all surface bacteria to, as Simmons puts it, "melt the funk away." The second pass is a deodorizing agent and finally an antimicrobial treatment.

Insurance to the Rescue

Worst case scenario, you've removed the body, sanitized the heck out of the engine compartment and interior, but the car still smells terrible to the point that you can't drive it. You could try to sell it, but who's going to buy a car that wreaks of dead opossum?

There's still hope, though. Your insurance carrier might be convinced to write off the afflicted vehicle as a "total loss" (through your comprehensive coverage) and cut you a check for its cash value.

We checked with Allstate, America's largest publicly held insurance company, and spokesman Justin Herndon agreed that there are situations in which an animal dying inside a car's engine could qualify as a covered loss. Not only could the dead animal result in physical damage to the engine, but its decomposing fumes might count as a biohazard.

"Insurers would try to repair the damage and fix any smell through washing and detailing a vehicle as needed, but it is possible a vehicle could be totaled because of this situation," wrote Herndon in an email, stressing that all claims decisions are made on a case-by-case basis.

Now That's Good to Know
To keep animals out of your car, experts say, park it in a garage that's free of any potential food sources like bags of dog food or garden seed. Animals will seek out a safe spot to hoard the food and might mistake your engine compartment or ventilation system for a burrow.

Who Wins (and Loses) If U.S. Imposes Steel Tariffs? 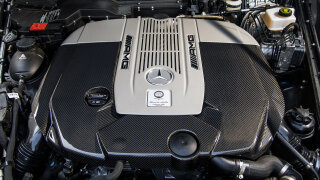 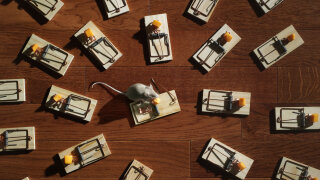 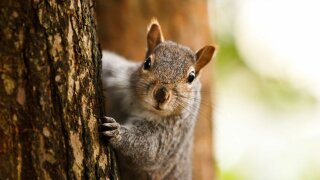 5 Things You Didn't Know About Squirrels