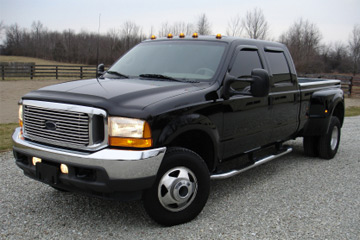 Image Gallery: Trucks Nobody wants to be smacked in the front bumper with the rear end of another vehicle -- especially one this big. See more pictures of trucks.
© iStockphoto.com/Brad Sauter

It's a situation that every driver is familiar with. You're driving your car up a hill and at the top of the incline is an intersection with a traffic light. The light is red and there are already two or three cars stopped in front of you. You ease down on the brake pedal and come to a stop behind them. Soon, another car pulls up just a few feet behind you.

As the light turns green, you release the brake. If you're driving a manual transmission, you step on the clutch with your left foot and move your right foot to the accelerator pedal. At this point there's nothing stopping your car from rolling backward except the braking force of the engine, and if you're using a clutch even that force is gone. Gravity starts pulling you back down the hill, straight toward the bumper of the car behind you.

What do you do? Do you panic and hit the brake? Do you let your car drift into the next car in line?

Well, probably not. If you've been driving for any length of time, your reflexes take over. You simply step on the accelerator and gradually bring the engine up to speed. If you're driving a manual transmission, you press the accelerator as you simultaneously let up on the clutch. The car moves forward. Disaster averted!

This situation is so familiar that there's a good chance you probably don't even think about it much anymore. Yet somewhere in the back of your mind you may still feel a little uneasy at the first sign of your car rolling backward. Maybe there was a time in the past, when you were fairly new to driving, that you didn't get the car moving forward soon enough and you wound up in a little fender bender. And if you drive an SUV, a truck or a car towing a heavy load, the situation can be far worse. A heavy vehicle moving backward down a hill is difficult to accelerate, not to mention a significant danger to the vehicles behind it. Wouldn't it be nice, in this age of computerized driving safety gadgets, if someone could come up with a way to prevent this sort of situation from happening before the driver even has to think about it?

Well, someone has. It's called hill-start control, hill-start assist or simply hill holder, and there's a good chance that it's available at an automobile dealer near you. It's a great addition to the bevy of electronic safety and regulatory devices that keep you driving safely. On the following pages we'll look at what hill-start control does, how it works and whether it's a feature you should look for in your next car.

Clutch detection: One of the most obvious applications of hill-start control is in cars with a manual transmission or stick shift. To start a car with a manual transmission, it's necessary to step on a clutch, which disengages the engine from the transmission. While the engine is disengaged, the car is no longer held in place by the engine's braking power, and if the brakes are also disengaged, which is usually the case while accelerating, the car can roll freely, especially if it's on an incline.

Engine torque detection:This simply detects whether the engine is producing sufficient torque to accelerate the car forward. If it is, then the car is no longer in danger of rolling backward and the hill-start control is turned off.

Brake detection: This detects whether the brakes are in use and whether there is sufficient braking force to hold the car in place.

Backward motion detection:Although it isn't strictly necessary, some systems may include a means of detecting the fact that the car is rolling backward.

Systems that use incline detection work roughly like this: The incline sensor detects when the car is on a hill. A brake sensor determines whether a brake is being applied. If it's not, then the car is in danger of rolling backward, so the system automatically activates the vehicle's brakes to keep the car stationary. In a vehicle with a manual transmission, clutch detection and brake detection can be used together to sense when the vehicle is in danger of rolling backward and the brake can be activated.

But how do these various forms of detection work? And how are the brakes activated by the hill-start control system? We'll talk about that on the next page. 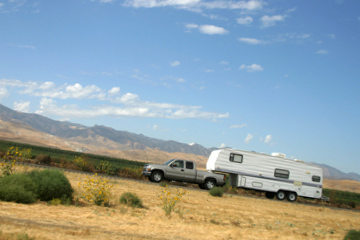 Angle sensors detect if the vehicle is on an incline.
© iStockphoto.com/Aaron Kohr

The hill-start control system consists of a number of different sensors (though the specific sensors may vary according to the implementation), an electronic control unit (ECU) and a brake actuator under the control of the ECU that can apply the brakes as needed to prevent the car from rolling backward. We'll look at these safety and regulatory devices individually; bear in mind those specific hill-start control systems may not necessarily require every one of the following components:

Angle sensors: These detect the angle of the car on an incline, which corresponds to the slope of the hill the car is on.

Pressure sensors: These are part of the suspension system of the car and can detect the vehicle's weight, including the weight of passengers and cargo. This can also be done by piezoelectric sensors or strain gauges. These sensors produce an electrical signal proportional to the weight of the vehicle.

Torque sensor: Torque is the rotational force from the engine that eventually accelerates the vehicle from a complete stop. The torque sensor can detect how much torque is being transmitted to the wheels via the drivetrain.

Wheel-speed sensors:These detectors, usually placed on the axles, can determine the speed and direction the wheels are turning.

Electronic Control Unit (ECU): This is the vehicle's embedded computer system that receives signals from the various sensors. The ECU decides when the brakes need to be applied based on that input. The ECU can also calculate the traveling resistance, which is a function of the car's weight (determined by the pressure sensors) and the slope of the hill that the car is on (determined by the angle sensors). Traveling resistance is used to calculate how much engine torque will be necessary to move the vehicle uphill.

Brake actuator: An actuator is a device that converts an electrical signal into a physical movement. The brake actuator receives a signal from the ECU telling it to trigger the brakes. It then activates brake valves, sending brake fluid to the brakes to hold the vehicle in place, which keeps it from rolling back down the hill. In the case of a hybrid vehicle, the electric motor may be used in place of the brake to apply sufficient forward motion to the vehicle to keep it from rolling backward.

Once the driver starts to accelerate, the torque sensors help the ECU to determine if the engine's torque is sufficient to overcome the traveling resistance (already calculated by the ECU). If it is, then the ECU sends a signal to the brake actuator telling it to turn off the brakes and let the car move.

Ideally, the driver should be aware of none of this. The release of the brakes should be so smooth that the driver is unaware that brake force was still being applied after the brake had been released. Only later will the driver realize that he or she never once had to worry that the vehicle was going to slide back down the hill and collide with the car behind it. Driving safety is rarely this painless.

Is the safety advantage supplied by hill-start control worth the extra cost of buying a car that comes equipped with it? We'll consider that question on the next page. 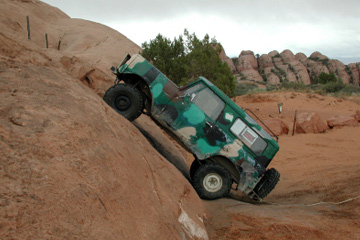 It looks like this driver could have used a hill-start control system.
© iStockphoto.com/Chad Anderson

The major benefits of hill-start control should be obvious. It makes driving easier in certain situations and it can promote driving safety, too. After all, nobody wants his or her car to roll backwards down a hill. There are just too many possibilities for damage in that scenario.

Another way that hill-start control helps out is that it means less wear and tear on other parts of the car, such as the handbrake, that you might use to do the same job manually. And in a manual transmission-equipped car you don't have to ride the clutch when starting out on a hill, meaning there's less wear on the clutch. And by preventing the car from rolling backwards, hill-start control puts less strain on the engine and drive train, which would otherwise have to counteract the backward momentum of the car in order to bring it up to speed.

Nonetheless, nobody would claim that hill-start control is as important as seat belts or air bags. An accident that occurs because you weren't able to get your car rolling forward in time on a hill isn't likely to be fatal, unless the vehicle rolls backward a considerable distance or if the vehicle is a truck with an unusually heavy load. But situations where you need to move a car on a hill are far more common than fatal collisions. Hill-start control is something that can help you on a daily basis, while (if you're lucky) you'll never need your car's airbags even once.

Hill-start control is one of many specialized safety devices available on automobiles today (back-up cameras are another example) that aren't absolutely essential to safe driving but which contribute to making the driving experience that much more pleasurable and worry free.

For more information about hill-start control and other related topics, follow the links on the next page.