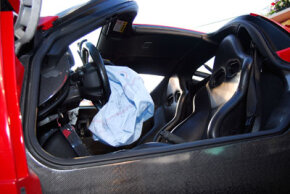 For years, the trusty seat belt provided the sole form of passive restraint in our cars. There were debates about their safety, especially relating to children, but over time, much of the country adopted mandatory seat-belt laws. Statistics have shown that the use of seat belts has saved thousands of lives that might have been lost in collisions.

Like seat belts, the concept of the airbag -- a soft pillow to land against in a crash -- has been around for many years. The first patent on an inflatable crash-landing device for airplanes was filed during World War II. In the 1980s, the first commercial airbags appeared in automobiles.

Since model year 1998, all new cars sold in the United States have been required to have airbags on both driver and passenger sides. (Light trucks came under the rule in 1999.) To date, statistics show that airbags reduce the risk of dying in a direct frontal crash by about 30 percent. Then came seat-mounted and door-mounted side airbags. Today, some cars go far beyond having dual airbags to having six or even eight airbags. Having evoked some of the same controversy that surrounded seat-belt use in its early years, airbags are the subject of serious government and industry research and tests.

In this article, you'll learn about the science behind the airbag, how the device works, what its problems are and where the technology goes from here.

Before looking at specifics, let's review our knowledge of the laws of motion. First, we know that moving objects have momentum (the product of the mass and the velocity of an object). Unless an outside force acts on an object, the object will continue to move at its present speed and direction. Cars consist of several objects, including the vehicle itself, loose objects in the car and, of course, passengers. If these objects are not restrained, they will continue moving at whatever speed the car is traveling at, even if the car is stopped by a collision.

Stopping an object's momentum requires force acting over a period of time. When a car crashes, the force required to stop an object is very great because the car's momentum has changed instantly while the passengers' has not -- there is not much time to work with. The goal of any supplemental restraint system is to help stop the passenger while doing as little damage to him or her as possible.

What an airbag wants to do is to slow the passenger's speed to zero with little or no damage. The constraints that it has to work within are huge. The airbag has the space between the passenger and the steering wheel or dashboard and a fraction of a second to work with. Even that tiny amount of space and time is valuable, however, if the system can slow the passenger evenly rather than forcing an abrupt halt to his or her motion.

In the next section, we'll look at the parts of an airbag and see how it inflates.

The goal of an airbag is to slow the passenger's forward motion as evenly as possible in a fraction of a second. There are three parts to an airbag that help to accomplish this feat:

Early efforts to adapt the airbag for use in cars bumped up against prohibitive prices and technical hurdles involving the storage and release of compressed gas. Researchers wondered:

The inflation system uses a solid propellant and an igniter.

They needed a way to set off a chemical reaction that would produce the nitrogen that would inflate the bag. Small solid-propellant inflators came to the rescue in the 1970s.

The inflation system is not unlike a solid rocket booster (see How Rocket Engines Work for details). The airbag system ignites a solid propellant, which burns extremely rapidly to create a large volume of gas to inflate the bag. The bag then literally bursts from its storage site at up to 200 mph (322 kph) -- faster than the blink of an eye! A second later, the gas quickly dissipates through tiny holes in the bag, thus deflating the bag so you can move.

Even though the whole process happens in only one-twenty-fifth of a second, the additional time is enough to help prevent serious injury. The powdery substance released from the airbag, by the way, is regular cornstarch or talcum powder, which is used by the airbag manufacturers to keep the bags pliable and lubricated while they're in storage.

Next, we'll look at some of the safety cautions associated with airbags, especially where children are concerned.

Since the early days of auto airbags, experts have cautioned that airbags are to be used in tandem with seat belts. Seat belts were still completely necessary because airbags worked only in front-end collisions occurring at more than 10 mph (6 kph). Only seat belts could help in side swipes and crashes (although side-mounted airbags are becoming more common now), rear-end collisions and secondary impacts. Even as the technology advances, airbags still are only effective when used with a lap/shoulder seat belt.

It didn't take long to learn that the force of an airbag can hurt those who are too close to it. Researchers have determined that the risk zone for driver airbags is the first 2 to 3 inches (5 to 8 cm) of inflation. So, placing yourself 10 inches (25 cm) from your driver airbag gives you a clear margin of safety. Measure this distance from the center of the steering wheel to your breastbone. If you currently sit less than 10 inches away, you can adjust your driving position in the following ways:

The rules are different for children. An airbag can seriously injure or even kill an unbuckled child who is sitting too close to it or is thrown toward the dash during emergency braking. Experts agree that the following safety points are important:

In certain special cases, car owners can request the ability to deactivate their airbags. In the next section, we'll discuss steps to take if you want to have your airbag deactivated.

In response to concerns about children -- and others, especially smaller people -- being killed or seriously injured by malfunctioning or overly powerful airbags, the National Highway Traffic Safety Administration (NHTSA) in 1997 issued a final rule to allow auto manufacturers to use lower-powered airbags. This rule permits airbags to be depowered by 20 to 35 percent. In addition, starting in 1998, repair shops and dealers were allowed to install on/off switches that allow airbags to be deactivated. Vehicle owners could now be authorized (by the NHTSA) to get on/off switches installed for one or both airbags in their car if they (or other users of their car) fell into one or more of these specific risk groups:

If you would like to get an on-off switch installed in your car, you need a copy of NHTSA's brochure, "airbags and On-Off Switches: Information for an Informed Decision," and the accompanying form, Request for airbag On-Off Switch. You can find these on the NHTSA Web site, as well as at AAA clubs, new-car dealers and state motor vehicle departments. The NHTSA will send you a letter of authorization that you can take to a repair shop. (Before you bother with all this, you should check with your auto dealer or repair shop to see if an on-off switch is available for your car.) Some retrofit on-off switches can be found and used if federal requirements are met -- switches must be operated by a key and equipped with warning lights to indicate whether the bags are turned off or on.

Obviously, even you have the option of turning it off, the airbag should be left on for drivers who can sit at least 10 inches back. For those who can't (even with the suggestions listed above), the bag can be turned off. A group of doctors at the National Conference on Medical Indications for airbag Deactivation considered the medical conditions commonly reported in letters to the NHTSA as possible justification for turning off airbags. They did not, however, recommend turning off airbags for relatively common conditions, such as:

Generally speaking, you can't deactivate your airbag without installing a retrofit on-off switch. However, if a retrofit on-off switch is not yet available (from the vehicle manufacturer) for your car, the NHTSA will authorize airbag deactivation on a case-by-case basis under appropriate conditions. Never try to disable the bag yourself -- remember, this is no soft cushion! It packs a wallop and can hurt you when you don't know what you're doing.

As for factory-installed on-off switches, the NHTSA allows car manufacturers to install passenger airbag on-off switches in new vehicles under limited circumstances -- only if the vehicle has no rear seat or if the rear seat is too small to accommodate a rear-facing child safety seat. And manufacturers are not currently allowed to install on-off switches for the driver airbag in any new vehicle. Why these rules? The NHTSA decided against widespread factory-installed on-off switches for fear that they would become standard equipment in all new vehicles -- even those purchased by people not in at-risk groups. They also saw the integration of on-off switches into new cars (and the subsequent redesign of instrument panels) as something that would divert resources from the development of safer, more advanced airbag systems.

The Future of Airbags

Activities aimed at maintaining and improving the lifesaving benefits of airbags are in full swing. New NHTSA-sponsored tests use improved "dummy" injury criteria based on new knowledge and research.

Until recently, most of the strides made in auto safety were in front and rear impacts, even though 40 percent of all serious injuries from accidents are the result of side impacts, and 30 percent of all accidents are side-impact collisions. Many carmakers have responded to these statistics (and the resulting new standards) by beefing up doors, door frames and floor and roof sections. But cars that currently offer side airbags represent the new wave of occupant protection. Engineers say that designing effective side airbags is much more difficult than designing front airbags. This is because much of the energy from a front-impact collision is absorbed by the bumper, hood and engine, and it takes almost 30 to 40 milliseconds before it reaches the car's occupant. In a side impact, only a relatively thin door and a few inches separate the occupant from another vehicle. This means that door-mounted side airbags must begin deploying in a mere five or six milliseconds!

Volvo engineers experimented with different ways of mounting side airbags and chose seat-back installation because that protects passengers of all sizes regardless of how the seat is positioned. This arrangement allows them to place a triggering mechanical sensor on the sides of the seat cushions under the driver and front passenger. This prevents the airbag on the undamaged side of the car from inflating. Installing the entire airbag package in the seat-back also offers the advantage of preventing unnecessary deployments that might be caused by collisions with pedestrians or bicycles. It takes a collision of about 12 mph (19 kph) to trigger side airbags.

BMW engineers have chosen door-mounted airbags. The door has more space, allowing for a bigger bag that provides more coverage.

The head airbag, or Inflatable Tubular Structure (ITS), looks a little like a big sausage and, unlike other airbags, is designed to stay inflated for about five seconds to offer protection against second or third impacts. Working with the side airbag, the ITS is supposed to offer better protection in some side collisions. Another option for head protection in side impacts is the curtain airbag.

All of this makes it pretty clear that the science of airbags is still new and under rapid development. You can expect many advances in this field as designers come up with new ideas and learn from real-world crash data.

For more information on airbags and related topics, check out the links on the next page. 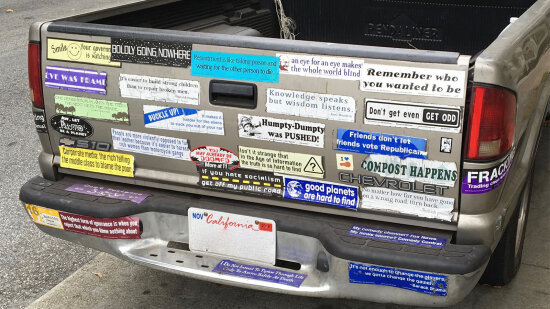 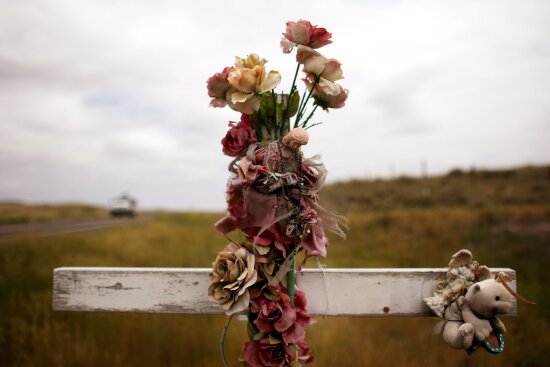 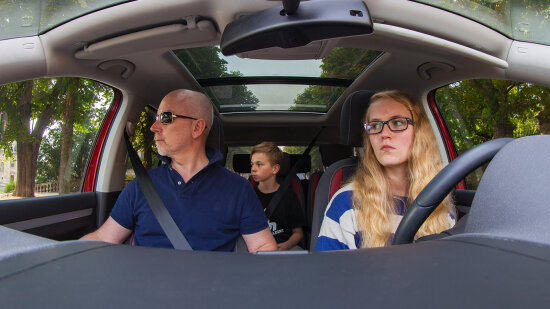