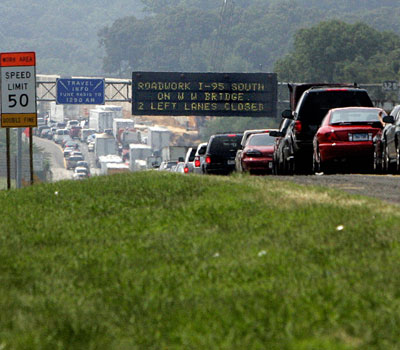 Travelers in Maryland are warned of changes in traffic patterns as they travel on a seven-mile, two-hour traffic jam caused by construction of a new bridge.
Photo Jim Watson/AFP/Getty Images

Many cities, like Los Angeles, have sophisticated traffic communications systems that alert drivers to changing conditions on the road, giving them time to decide what to do. Several cities have invested millions of dollars so that road crews can rapidly travel to trouble spots.

There are a few ways cities can address highway congestion:

In the next section, we'll look at congestion on city streets. ­­

The debate raging between people who believe widening roads causes more congestion and those who say it helps motorists get to where they're going faster is more than a decade old. Critics of highway expansion products cite a theory called latent demand, which says that as a highway expands to allow the same number of drivers through faster, other drivers -- who previously avoided the highway because it was such a hassle -- will choose to join other highway drivers. Soon, enough new drivers join the previous drivers each day, negating any beneficial effect from the expansion. 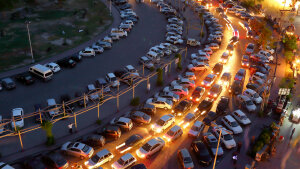