Changes for the 1955 Chevrolet Light-Duty Trucks 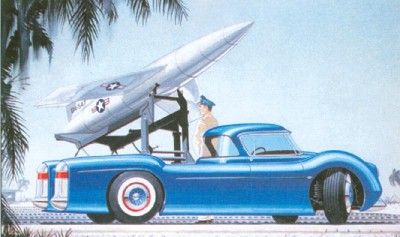 The truck that Chevrolet was building in the early Fifties had 1947-vintage styling on an updated prewar platform, and Chuck Jordan knew there had to be some big changes for the 1955 Chevrolet light-duty trucks.

He'd heard about the new V-8 for 1955, which meant the division would engineer a new chassis and body. He recognized a rare opportunity to help launch a line of 1955 trucks that would be just as distinctive as that year's GM passenger cars.

"So that's why I was happy to go into the truck studio," recalls Jordan, who retired in 1992 as GM's vice president of design, "... that and because I'd always been fascinated by trucks. Nobody else was too interested in going into trucks back then because, after all, trucks normally didn't change very often. And even when they did, they still looked like workhorses. But not to me."

Then suddenly in 1952, Chuck got called up for active duty in the Korean War. He joined the Air Force for a year, but even on military assignment in Florida, he kept on designing trucks in his spare time. "We weren't very busy, so all the free time I had I worked on the 1955 Chevy truck program," he notes. Jordan kept sending sketches and ideas from Florida to Planet 8.

"The previous Chevy trucks," Jordan continues, "had a nice shape to them-kind of voluptuous, and smooth, and clean; not too busy. So I was influenced by that, and the 1955 came out as a clean, voluptuous-shaped truck. I returned from the Air Force and jumped right into the 1955 program with all the guys in the studio."

On his return, Jordan was named Stier's assistant chief designer. Also in the studio were designers Bob Phillips, Al Phillips (no relation), and Drew Hare -- who had charge of interiors -- plus three clay modelers.

"One of the modelers, Clark Whitcomb, was my mentor," recalled Jordan. "He was a great modeler, older than the rest of us, but he was full of life and so much fun to work with and always very open to new ideas. He helped me a lot with the three-dimensional execution of these 1955 truck designs we were doing."

Stier's studio was responsible for the entire range of Chevrolet commercial vehicles, from pickups to the biggest cab-overs. Not many people realized it, but except for route vans, all Chevrolet trucks used the same basic cab. Cabs were identical up and down the line. Cowls, doors, windshields, roofs, and all structural sheetmetal were common to every Chevrolet truck of that era. Trucks rated at more than one ton had a single-bar grille, the big cab-overs had a unique doghouse, and some GM trucks used a different floor hump, but otherwise the metal stampings were the same.

All shapes and styling cues, though, started with the ½-ton pickups, because in the beginning of the 1955 program, the main focus was on these smaller vehicles. The other body styles grew from those, including the panels and Suburban Carryall wagon.

"The hooded headlight was intended to give the truck some motion," according to Jordan. "And the windshield, too. The shapes were simple and clean. I was fascinated with that angle-sided grille; did a lot of work with the grille shape. I wanted that splayed-out look, because it gave the truck more facial expression. And we tried to be as advanced as we could, because trucks didn't change that often, so we needed to make a significant statement, something we could live with for years."

To see how these designs played out with Ed Cole, Chevrolet's chief engineer, continue to the next page.