The 1950-1952 Chevrolet Bel Air was one of the first affordable hardtop convertibles, but the hardtop concept was not new. The decade-long progress of that idea -- from top-of-the-line innovation to popular feature -- is a fascinating one.

Business tends to approach new ideas with a mixture of hope and skepticism. Depending on public response, an innovative product or feature can mean either high sales, busy factories, and windfall profits -- or big losses, employee cutbacks, and damaged reputations.

Car companies are no less cautious, but General Motors no doubt felt quite sanguine about its new "hardtop-convertibles" of 1949. Soft-top cars had traditionally been a pain in the rain -- and winter -- and the advent of better roads and higher speeds made open-air driving increasingly less practical after World War II. This suggested that the public might go for a sedan without B-posts but with windows that still rolled down completely -- a hybrid style providing convertible airiness when opened up, closed-car comfort and weather protection when buttoned up, and the safety of a fixed steel roof all the time.

It seemed like a fine idea -- so much so that others thought of it besides GM. Most recently, in 1946, Chrysler had built seven prototype hardtops by grafting steel club-coupe roofs onto Town & Country convertibles, but decided not to proceed with series production right away.

This left GM to pioneer the concept in anything approaching significant volume, though Kaiser spun off an interesting variation the same year with its Virginian "Hard Top," basically that firm's convertible sedan with its curious little fixed, glass-filled B-posts, to which a canvas-covered steel top was welded.

Go to the next page to find out how the Bel Air fared in the new hardtop field. 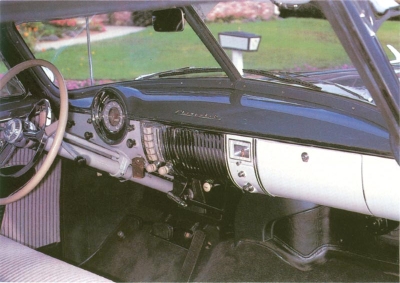 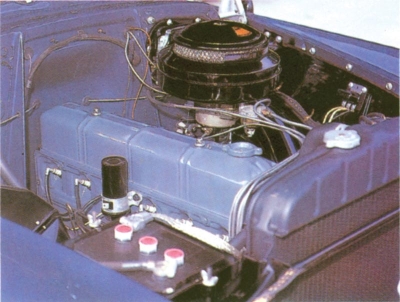