With the worst of the Great Depression behind them by 1935, automakers could begin to look ahead to renewed sales strength. At Chrysler Corporation, volume leader Plymouth couldn't have picked a better time to offer completely new 1935 Plymouths.

Chrysler Corporation turned 10 years old on June 6, 1935. That year, founder Walter Percy Chrysler turned over the president's chair to his handpicked successor, Kauf­man Thuma Keller, and took a less-active role as chairman. It was a good time to change the guard. The Depression was easing, and Chrysler's company was doing well -- especially its Plymouth Division.

No wonder. New from the frame up, the '35 Plymouths offered major design and engineering advances over the 1934 models -- and rivals Ford and Chevrolet. Plymouth still had the only four-wheel hydraulic brakes among "The Low-Priced Three." Now came a stronger chassis with a revised suspension that improved both ride and handling, plus safer, more streamlined bodies without old-fashioned wooden substructures. New touring sedans arrived with built-in trunks, an increasingly popular feature. 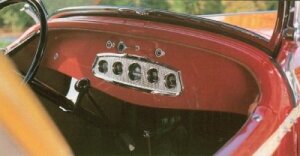 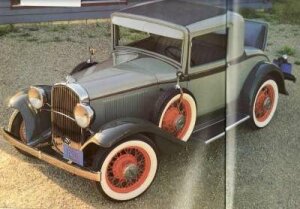