by the Auto Editors of Consumer Guide Updated: Mar 27, 2019
NEXT PAGE 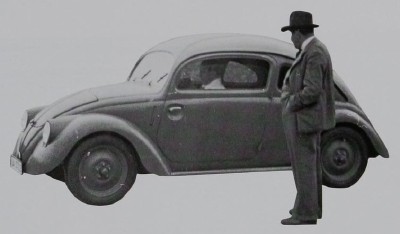 The 1931-1945 Volkswagen Beetle represented the first generation of the enduring little car whose history is rife with irony, intrigue, and surprise.

The Model T Ford was the first "people's car," but a brilliant engineer named Ferdinand Porsche dreamed of one for the German people. So did Adolf Hitler, who saw a Volkswagen as a way to secure himself as Germany's absolute ruler.

With Der Fuhrer's patronage, Porsche designed a simple yet sophisticated machine with a distinctive beetle-like shape. Porsche's design was heavily influenced by other European designs of small cars. But just as production got rolling, Hitler began World War II and the little car's future was very much in doubt.