by Kristen Hall-Geisler
The Trabant had body panels made of Duroplast, and the engine smoked like it was electing a new pope. (Creative Commons/Flickr/Chapuisat)

We live in a time when most cars are pretty good, and lots are pretty great. The days of cars that would rattle apart as you drove, and radio knobs that would come off in your hand, and missing engine pieces seem to be behind us.

But in putting together a list of the worst cars of the 20th century, spanning the hundred years when cars and car companies were still trying to find themselves and Americans were desperate to own whatever had four wheels and an engine, you realize the wondrous wealth of choices there are for truly crappy cars. You kind of have to give the very early years a pass, since every car on the road was an experiment, and every buyer the lab rat. But by the 1950s, the cars should have been pretty good. But take a look at this list -- a third of the cars come from that decade alone. Another third come from the 1980s, which was a terrible decade in many ways, and most of all in American cars.

As we move past the age of the automobile and into the age of the Hyperloop and flying cars, it's worth noting just how rotten some cars really could be.

"How are we gonna get the broads to buy our cars?" seems to be the question asked by some horrid ad exec in the early 1950s.

"Don't be ridiculous," said another guy with too much Brylcreem in his hair. "Broads don't buy cars. Have you ever seen them drive?"

But when the ad men finally stopped guffawing long enough to sip from their glasses of scotch and think, they realized they should have some kind of car for men to buy their wives when a really big apology gift was called for. And thus the 1955 Dodge La Femme was born from the rib of the Dodge Royal Lancer. They were the same car, but the La Femme package included pink-and-white paint, pink tapestry seats (that wore through quickly), a rain cape, rain hat and an umbrella (women were really averse to rain in the 1950s), and a matching purse stocked with a compact mirror, lighter and lipstick. This kind of pandering didn't even fly in the 1950s; the La Femme only lasted two years.

The poor Jaguar XJ220 makes the list of worst cars only because it was so promising -- and then it let people down harder than a "Star Wars" prequel. An underground group of after-hours Jag designers created the car with almost no input from the suits. When it was unveiled in 1988 as a concept, people went mad for it. It had a V-12 engine, all-wheel drive and all-wheel steering (in the 1980s!), and the hallmark of a supercar, cool doors that opened upward, scissor-style. It had a half-million dollar price tag, but people with that kind of cash on-hand plunked down nearly $100,000 just to reserve one.

Those buyers probably also had enough money to buy themselves a new hobby to pass the time, because the XJ220 wasn't actually produced until 1992, and then it was a massive disappointment. Thanks to emissions regulations, the XJ220 engine was swapped out for a six cylinder. It was rear-wheel drive like any old muscle car, and -- most unforgiveable -- the doors opened like normal. As expected, those people who paid six figures to reserve an XJ220 up to four years prior now refused delivery -- and in a classy move, Jaguar sued them for breach of contract.

A pink Ford Edsel waits for someone else to buy it. Education Images/UIG via Getty Images

No list of terrible cars is complete without an Edsel. Everyone hates it, even the people who love it. From the Edsel Owners Club: "The name Edsel has become synonymous with disaster and failure." From Time Magazine: "Cultural critics speculated that the car was a flop because the vertical grill looked like a vagina." Even that venerable Gray Lady, The New York Times, said the car "became a synonym for bold, bad ideas not long after it was introduced in 1957."

What made the thing so terrible? Well, Ford hyped Edsels as if they had superpowers capable of ending the Cold War and getting the hot girl all in the same day, but people caught on pretty quickly that these were the poor-man's Mercury. There were rumors that the cars were built and shipped to dealers with notes explaining that parts were missing, but the dealership could make the car whole in a few easy steps! Ford poured so much money into this bucket of chum that the Edsel ended up as a spectacular failure.

Here's another selection from the Greatest Hits of Rotten Cars. This time, Cadillac's luxury brand name was losing its luster in the early 1980s. So General Motors figured it would be a good idea to take a Chevy Cavalier, dress it in Cadillac drag and charge twice as much. Now, the Chevy Cavalier was never a great car, but it never pretended to be a great car -- until it became the Cadillac Cimarron. This was not the 1980s movie where the nerd gets a makeover and becomes prom king or queen; oh no, this is more like "Weekend at Bernie's," and the Cavalier is Bernie. And this craptastic Cadillac was supposed to compete with BMWs and Audis? It did not.

The DeLorean DMC-12 was created by John Z. DeLorean -- he was the automotive genius behind the Pontiac GTO, so he had some serious street cred. Then he went rogue and created the sports car (humbly named after himself) which was manufactured in Northern Ireland, during one of its less stable periods, by workers who were never trained to build cars. The DMC-12's powered gullwing doors were, at best, leaky and, at worst, trapped the driver inside when the electrical system failed. Adding legal injury to this automotive insult, John DeLorean was finally brought down in a money laundering sting that involved that most 80s of clichés, cocaine.

Of course, the DMC-12 had a resurrection in 1985, after its early death in 1983, when it became a time machine in "Back to the Future." The nerds were all like, "What an awesome car, dude!" And then those nerds grew up and bought them for almost the original price, or maybe a little less, 25 years later and were like, "Oh."

The Henry J was so terrible it's hardly spoken of anymore, and even then, it's mentioned in sputtering disgust by older, white-haired car guys. This is the kind of car that even 10-year-old boys being taken for privileged rides in the 1950s could pinpoint as awful. The kind of car that got a guy blackballed from a fraternity just for showing up in a Henry J. The car sold was cheap when it debuted in 1950, and it showed. The painted metal dashboard had no glove box, and it would do wonders for your teeth in a fender bender. Not that you'd be going fast enough to do much damage, since the car came with two small-engine options that provided just 68 or 80 horsepower -- if you were feeling frisky. The Henry J couldn't ever go fast enough to outrun its own ugliness, and it was put down after just three years.

This car is one of the most reviled of all time. In addition to being on every automotive hate list, it has the dubious honor of being number one in a book called "Crap Cars." The original Mustang muscle car was unarguably cool, while the Ford Pinto was not. Why not mash 'em up and see what you get? Here's why not: The Mustang II shared the Pinto's notorious gas tank design. You know, the one that blew up like a Michael Bay stunt car when it was rear-ended. And thanks to the oil embargo of the 1970s, the Mustang II got a spindly little engine. The chrome horse on the grille could probably outrun this car -- and it's inanimate.

Ask any group of old car guys what car is worst, and they'll probably ask you with a squint, "Does it have to be a car sold in America?" If you say no, because you want to know what wacky thing they'll come up with, they will all say, "Trabant."

As if bleak Communism and barbed wire weren't enough to break the spirit of the East Germans, they also had to endure the Trabant. The cars had bodies made of recycled cotton and wood fibers backed into plastic called Duroplast, they lacked such fancy refinements as brake lights and they smoked like they were electing a Polish pope. The Trabant also emitted an eau du two-stroke scent, since like a chainsaw, their engines required an oil and gas mix. Getting one of these cars was as easy as putting your name on a 10-year-long waiting list at the government-run factory. Getting rid of one was as easy as waiting for the Berlin Wall to fall, puttering across the border and then running like hell away from that horrible little car toward freedom.

Oh, hey look! John Z. DeLorean gets a piece of this terrible car, too! But this time, it really isn't his fault. He inherited the mess that was the Chevy Vega when he was put in charge of Chevrolet in 1969. It had been designed by a corporate team at GM, which is only one notch above a car designed by the U.S. Congress on the scale of awesome. Its sheet metal was so thin, and the rust-proof coating so spotty, that fenders would need to be replaced after only a winter or two on the salty streets of the Northeast. These cars were so amazing they could even rust in Arizona. No joke. Oh, and the engine could get hot enough to distort the head gasket, which is kind of an important part. Oh, and let's not forget that there was a labor dispute at the plant that built the Vega -- one that resulted in employees sabotaging the production line. Why, hello there, well-made, fuel-efficient Japanese cars. Please, step right this way -- into American garages. 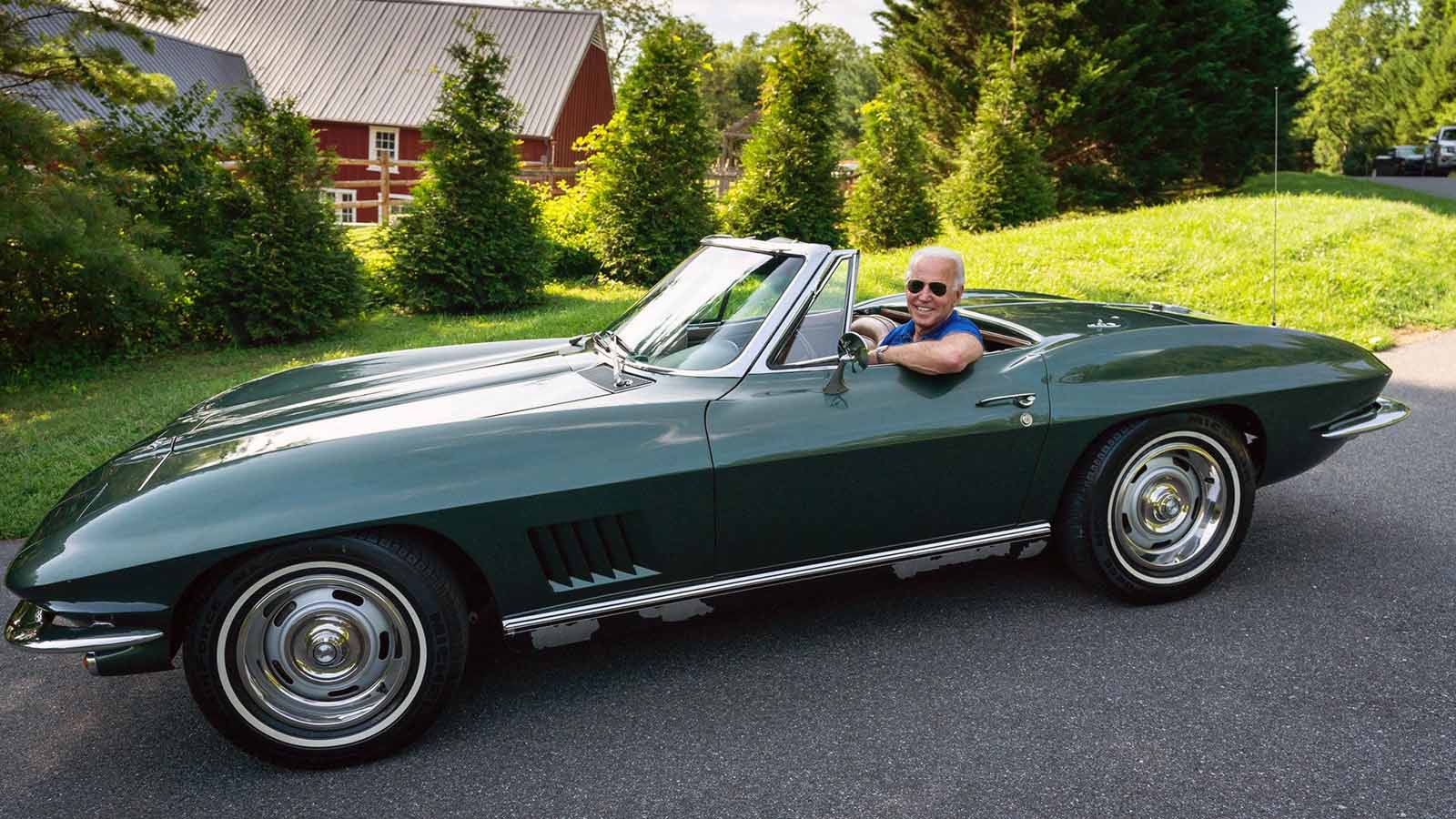 5 U.S. Presidents and Their Beloved Cars

One super-cool perk to being POTUS? You get to be driven around in the heavily armored presidential limousine. One downside? You have to hand over your car keys — for life.