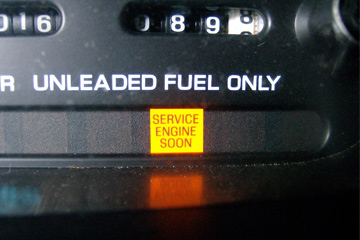 Every day we turn the ignition on our cars and go on our way without thinking much about how well our engine is running. But for most cars on the road, each time your car is switched on, it's constantly running checks to ensure that major areas of the engine, electrical systems, emissions and brakes are working correctly. The result of these checks can help you determine whether your car requires maintenance.

Since 1996, all cars sold in the United States are required by the Environmental Protection Agency (EPA) to have an on-board diagnostics system, or OBD. The OBD system works by placing sensors in vital areas of a vehicle, which report back to the diagnostics system whether those areas are working correctly or not. When one or multiple sensors find an area of the vehicle that isn't working within its designed specifications, the sensor triggers a light on the vehicles' dashboard, indicating an area that needs to be addressed.

Think of it like a home's electrical fuse panel. When the fuse panel notices a short in the electrical system on a specific circuit in the home, the panel switches off the electricity to that area that has a problem. In cars, the OBD system doesn't shut anything off, but sends a signal to the driver, via a light on the dashboard, to indicate a potential problem. Automotive maintenance shops can then diagnose problems based on which sensor has been triggered.

Vehicles have been using the OBD system since the 1980s, but since 1996 all light-duty cars and trucks that weigh 8,500 pounds (3,856 kilograms) or less have a second-generation system of on-board diagnostics called OBD-II. The newer system was designed to incorporate a higher standard of emissions testing by the engine, to ensure emission's laws were being met by the vehicle [source: EPA].

But emissions are only one small part of the OBD-II system. Go on to the next page to find out what other types of warning lights can illuminate on the dashboard, and if they're all a signal for future car maintenance. 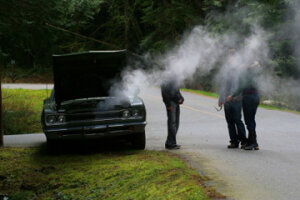 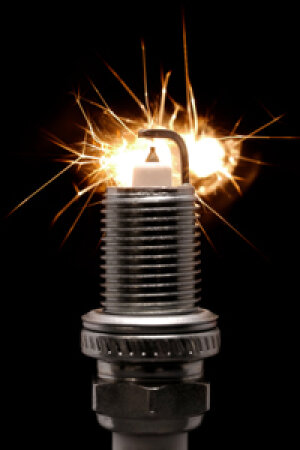 How to Change Auto Spark Plugs 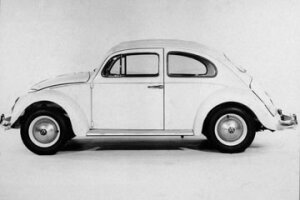