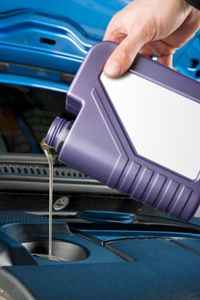 For all of humankind's marvelous technological inventions, some of its most significant machines require dinosaur-era resources. Our motorized vehicles, specifically those with internal combustion engines, simply can't operate without motor oil.

In an engine, oil serves multiple purposes. It greatly reduces friction between moving parts, and therefore reduces wear and tear. Oil moves heat from very warm parts to cooler areas in the engine, and stops corrosion, which occurs when metal parts are exposed to oxygen. Oil also cleans dirty engine parts, thanks to added detergents that keep the engine clean and prevent oil sludge.

There are three main three main categories of consumer motor oil. There are conventional petroleum-based oils, and there are synthetic versions created from chemicals. A third category includes products called part synthetic, which combine conventional mineral oil with man-made chemicals.

Conventional motor oil is based on crude oil that goes through extensive refining to make it suitable for engine use. Synthetic oil, however, is created through chemical reactions. And like so many other technological advances, synthetics were born in a time of conflict.

In World War II, Germany and the United States began using synthetic oils for aircraft engines and tanks. Synthetics were necessary partly because both countries needed more oil for their war efforts, but they also needed better oil.

The armies and air forces of the United States and Germany wanted lubricants that worked well in a wider range of environmental conditions, especially very low temperatures. Because conventional mineral oils contain wax, they thicken quickly in cold weather. As a result, conventional oils bogged down military operations in Europe during World War II.

For these aircraft and vehicles, thickening oil was a major problem. The newly developed synthetics, which worked much better in subzero weather, were a huge boost in the efforts to keep vehicles running, no matter how awful the weather became.

Once the war ended, those lessons in lubrication were applied to consumer vehicles. In the decades since, synthetic oils have slowly been catching up to conventional motor oil. Still, there are a lot of misconceptions about synthetic oil and its uses. Keep reading to get a better understanding of how oil works, and to determine if it's time to upgrade your vehicle to a synthetic motor oil. 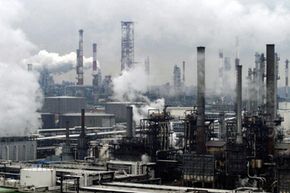 Motor oils are a complex blend of many ingredients, but they're made up of two primary elements -- base oil and additives. With conventional oil, crude oil is refined extensively until suitable base oil is achieved. Less refined portions of the crude are much thicker and used for different applications, such as roofing tar or road asphalt.

Oil additives perform a number of important functions. For one, they keep oil from breaking down due to high engine temperatures. They also prevent rust and corrosion, improve engine cleanliness, create a film that protect metal parts from wear and improve the oil's flow characteristics.

When you're shopping for motor oil, you'll see each product's performance information listed on the label. For starters, make sure you're looking at the right kind of oil for your vehicle -- S-type oil is for gasoline engines, and C-type oils are used only in diesel engines.

Oil viscosity changes as an engine warms. As engine temperatures go from cold to very hot, the oil thins, and as a result, its lubricating properties change, too. A 5W-30 oil, for example, has the viscosity of a 5W oil in cold, wintry conditions (the W stands for winter), and a viscosity of 30-weight oil at regular engine operating temperatures. To address this challenge, manufacturers add polymers to oil to make it suitable for a greater range of temperatures.

This improvement in viscosity and performance didn't happen quickly -- it took many years of research for scientists to make synthetics work well. As scientists developed their new synthetics and blends, new categories of oils emerged. 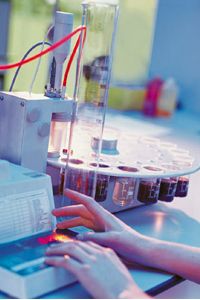 Synthetics have a petroleum base, but their lab-created components make them superior to conventional oil.
Monty Rakusen/Digital Vision/Getty Images

The American Petroleum Institute (API) divides oil types into five groups. Groups one through three are conventional motor oils. Groups four and five are made up of various types of synthetics.

Good synthetic oils often use a combination of up to three different synthetic base fluids, including synthetic esters, polyalphaolefin (PAO) and alkylated aromatics. Regardless of the exact chemical makeup, synthetics share similarities. Whereas conventional oils contain molecules of varying sizes, the molecular structures in synthetics are consistent in mass and shape. This uniformity means those molecules create less friction as they collide, and less friction means less heat.

In essence, each synthetic manufacturer can create designer molecules to create oil with specific performance properties. They also mix in additives and other liquids such as detergents, dispersants, antioxidants, friction modifiers and anti-wear additives, all in varying amounts tweaked to result in an exact blend for specific environmental conditions.

As a result of this control over chemistry, synthetics have a number of significant advantages over conventional oil. You already know that synthetics flow better in cold weather, making engine starts easier and offering better protection. In addition, synthetics resist viscosity changes at extremely high temperatures that can break down or evaporate molecules in conventional oil. When this kind of deterioration happens, metal-on-metal contact may occur, causing permanent damage to the engine.

Because synthetics are slicker than conventional oil, they allow for smoother, cooler engine operation. That means more horsepower and better gas mileage. But in some cases, that same super-slick consistency may exacerbate existing internal or external engine leaks, resulting in blow-by and burn-off. Keep in mind that this happens only in engines where leaks are already an issue.

Some pundits also claim that synthetics are so slippery that in brand-new engines, the lubricants prevent proper break-in of motor components. And then there's the indisputable fact that synthetics cost at least twice as much as conventional mineral oil. However, that increase in cost is offset by the longer intervals between oil changes. Instead of 3,000 miles (4,828 kilometers), you can push off oil changes for every 7,000 miles (11,265 kilometers) or so. Some experts say you need to drain synthetics only at 25,000-mile (40,234-kilometer) intervals.

Synthetics Are Expensive, and Probably Worth It 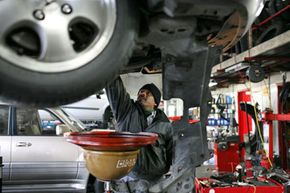 If you don't mind the hit to your pocketbook, you may want to ask your mechanic to upgrade your oil to synthetic.
Justin Sullivan/Getty Images

The biggest downside with synthetic oil is its significantly higher cost. However, there's another major caveat to using synthetic oil, especially if you're looking for inexpensive lubrication. In some instances, cheap synthetics have inferior additives that deteriorate quickly, leaving behind low-quality oil that might actually be second-rate to conventional oil. In other words, skimping on a synthetic may actually leave you worse off than you'd be with a mid-grade mineral oil.

You may have heard that you can't mix synthetic oils with their conventional counterparts. The truth is that synthetics are compatible with conventional oil and can be used in both new and old cars. What's more, you can switch back and forth from conventional and synthetic as often as you like without problems -- they're fully compatible.

On balance, synthetics offer many benefits that most conventional oils lack. Synthetic oils, whether alkylated aromatic, PAO-, or ester-based, offer better flow characteristics than petroleum-based oils in low temperatures, even on startup, which is when the greatest amount of engine wear occurs.

What's more, some car manufacturers are actually beginning to recommend full synthetic oils for brand-new vehicles. Of course, no matter which vehicle you own, you should always check your owner's manual before selecting a motor oil for your car or truck.

For many vehicles, synthetics may be a better choice for overall engine operation. The biggest factor affecting your selection of lubrication may simply be cost. But if you really want the best possible protection, and if you like the idea of fewer oil changes, upgrading to synthetic oil is the obvious choice.

If you'd like to learn more about oil and other related topics, motor over to the next page.

Nathan Chandler "Why would I upgrade to a synthetic motor oil?" 19 May 2010.
HowStuffWorks.com. <https://auto.howstuffworks.com/synthetic-motor-oil.htm> 22 September 2021
Print | Citation 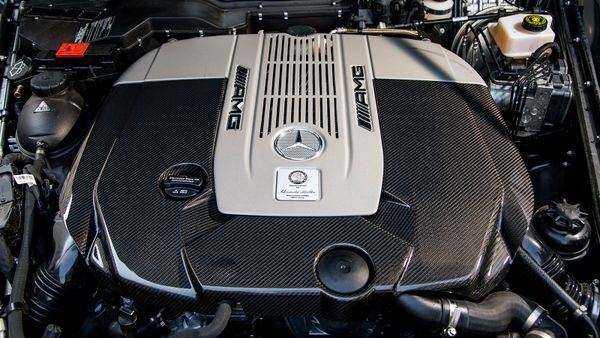 Up Next
How Car Engines Work
Explore More 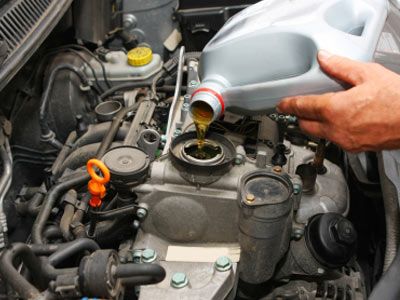 You May Like
Is anyone developing lifetime engine oil?
Explore More 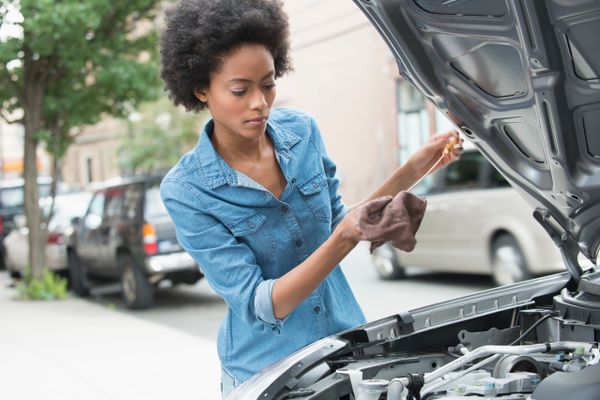 Keep Reading
What if I never changed the oil in my car?
Explore More