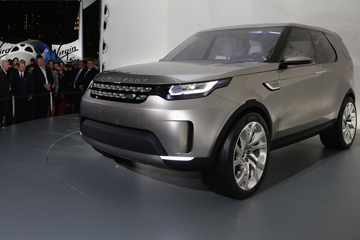 The Discovery Vision Concept, Land Rover's design vision for a family of new premium SUVs, made its global debut at an exclusive event in New York City at the Intrepid Sea, Air and Space Museum in 2014.
Neilson Barnard/Getty Images for Land Rover

Imagine walking along a steep mountain pass. The track is narrow, and each step is treacherous. Your feet need to be in the best position, and you have to constantly check the quality of the ground you're stepping on to know how much power you can use to push off.

Now imagine doing that while carrying a lot more weight and without being able to see the ground directly in front of you. Scary, right? When you're driving an off-road vehicle, that's pretty much what's happening. Off-road drivers need to place their wheels precisely and know exactly what kind of terrain they're on, but the pesky engine compartment and hood are always in the way. That's where the Land Rover invisible hood comes in.

While many people associate the Land Rover brand with pure luxury, and, yes, it's true that some Land Rover drivers don't take their SUVs through anything more rugged than a puddle, the company's off-road heritage is well established. Land Rover has created vehicles for the British Army and developed some of the most advanced off-road systems and capable vehicles in the world. So while a Land Rover's interior is probably nicer than the inside of your house, it's not just designed for showing off. At its core, a Land Rover is built to get people as far away from civilization as possible.

But, safety first: To travel far away from civilization and off the beaten path, you need to know where your SUV's wheels are, just like you need to be able to see your feet to hike safely. For many off-roaders, a hood that lets you see through the car's engine bay and directly to the road below and in front of you is just what the doctor ordered. 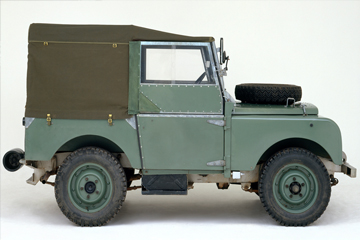 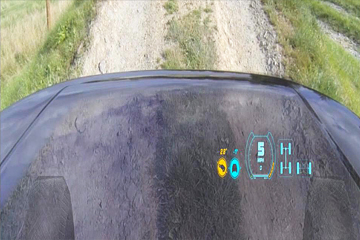 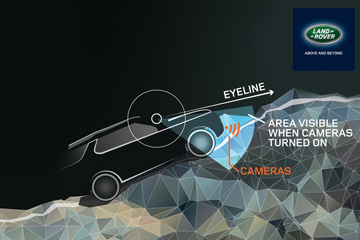