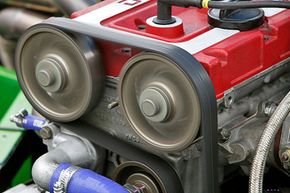 The timing belt itself is just a few bucks, but if the rubber wears through or a tooth breaks, it'll probably crash at least a couple valves in the engine. See more pictures of engines.
Tennen-Gas/Wikimedia Commons

Engine timing is critical to the engine's actual function. A properly timed engine makes sure the fuel is used properly and provides the maximum potential power from each spurt (or injection, if you prefer the technical term) of gasoline. Timing an engine also keeps its moving parts in sync, which keeps them from crashing into each other, leaving the engine inoperable.

There are some variations amongst ignition systems, but most cars on the road can be timed by the static timing method. (The other option is called dynamic timing, which is done with the engine running and requires more expensive equipment, both factors that make the procedure a bit more intimidating.)

A lot of new cars now control timing by computer, but the majority of cars on the road still need this type of hands-on maintenance. If your engine needs to be timed and it's got a distributor and a timing belt, it's probably a candidate for static timing.

Static timing means that the engine's timing is set without actually running the engine. Considering the extent, complexity and expense of tools available specifically for engine timing, skeptics may wonder if an engine can be accurately timed in a driveway with a couple of tools that cost about as much as a couple cases of decent beer. But if you pop the hood and can easily identify the distributor and timing belt, you're probably up to the challenge. And rest assured, hot rodders and weekend racers wouldn't steer you wrong.

When do you static time an engine?

Literally, when? Under what circumstances does an engine need to be timed? And how do you know if you can use the static timing method?

Engines need to be timed (or re-timed) whenever the timing is off. Makes sense, right? This can happen naturally and gradually as the car is driven, and will often make itself known by causing the pinging or knocking sounds that are the result of the engine's cycles running out of sync. When the timing is slightly off, the fuel and air won't be precisely injected to mix at exactly the right time and place. At best, the car will run a little less efficiently than usual, and the engine will probably be somewhat noisy. More likely, the car will run noticeably poor, fuel economy will take a dive and sounds coming from under the hood will express the engine's displeasure. And at worst, the engine will slip so far out of time that its moving parts can actually crash into each other, causing the need for a full engine replacement or at least a costly and extensive valve-repair job.

Because the engine's precision can start to wane over the course of normal operation, chances are you'll have to deal with an engine timing issue at some point during a car's lifespan. If the timing is off, it can cause a lot of drivability issues. If the engine knocks, the timing might be too advanced (but since other problems can cause this symptom, it's best to do a bit of troubleshooting before experimenting with repairs). And often, when the engine is taken apart and repaired, it'll have to be re-timed as part of its reassembly. A good example of this is a timing belt replacement. Since timing belts have a lifespan of about 60,000 miles (96,561 kilometers) (give or take), chances are, if you own your car for a few years, this procedure will eventually be part of its required maintenance. The timing belt itself is just a few bucks, but if the rubber wears through or a tooth wears down, it'll probably crash at least a couple valves in the engine. A standard four-stroke engine (like the one you're probably dealing with) is designed so the crankshaft rotates twice for each time the engine fires. If you're looking at all the engine's moving parts and scratching your head, you might not know if that sounds like a lot, or like not very much at all. One thing's for sure, though -- it's a precise machine and there's no room for error.

That said, because static timing is considered to be pretty easy for someone with even basic mechanical skills, it's standard for the level of engine-related chores that can be completed in an average home garage. Static engine timing, because of its relative gentleness, is also recommended prior to starting a new or rebuilt engine for the very first time. If you bought a crate engine to install in your weekend ride or you had a machine shop make some expensive tweaks to the engine on your Harley, static timing is probably the best way to prep for your maiden voyage. 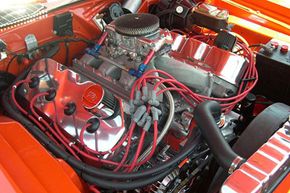 If you're timing the engine as part of a larger repair process (like replacing a timing belt), you'll want to start by getting off on the right foot -- make sure you can locate the timing marks (or notches) on the flywheel and cam. If they're worn or hard to see, you might want to mark them with a bit of white paint so they're easier to see. You don't want to be hunting for them later while you're struggling to get everything lined up.

All you need is a test light and a socket or wrench (the size of the socket will depend on your specific engine). A test light is a small hand-held tool that resembles a screwdriver with wires coming from the end. One of the wires is hooked up to the power source of whatever is being tested (in the case of engine timing, it is usually the distributor) and the other wire provides ground. (Some cost-cutting versions of the test light omit the ground wire, but they're so inexpensive anyway that it seems like a really inefficient way to save a few bucks.) The "screwdriver" tip is then touched to whatever is being tested for voltage -- if there's power, the test light will show results by illuminating a small light bulb embedded in the handle. This simple little setup is insanely useful for static timing, and also often handy when trying to troubleshoot irregularities in the electrical system.

Locate the top dead center mark on your crank pulley. (From here on out, this will be referred to as TDC, just like the repair manuals do it.) TDC can be marked on the crankshaft pulley or the flywheel, and is often found on both. Check your car's repair manual to identify the proper timing for your engine -- in degrees. It'll be in reference to TDC, such as directly at TDC or several degrees before or after TDC. The proper timing varies from car to car, so always check your owner's manual or shop manual. (At the correct number of degrees before TDC, both the intake and exhaust valves will be closed. Not crucial for setting the timing, but helpful for general understanding of how the engine works and why timing is set the way it is.)

Use your wrench or sprocket to hand crank the engine clockwise so that the number one piston is at the top of its compression stroke. Make sure the correct timing mark is lined up with the seam in the crankcase. If you turn too far clockwise, rotate it about 30 degrees back (counterclockwise) before moving forward again to find the correct position. Go more slowly next time!

Take off the distributor cap and take a peek inside. Identify the rotor and look for a small notch inscribed on the inside wall of the distributor. This is where the rotor should be aligned when the number one piston is in firing position, but if your engine's ever been disassembled before, this might not be the case. So take the time to properly align it by loosening the distributor drive clamp bolt.

Next, turn your ignition on, but don't start the car. Switch it on as if you were sitting in a parking lot listening to the radio. Don't crank it. If the engine cranks, you'll have to switch it off, get back under the hood, and start over from the beginning. The goal is to simply provide battery power so the test light will work.

Hook up your test light. Clip it to the distributor wire, make sure it has a good ground, and touch the positive terminal to the ignition point. If the light illuminates, you've done it right.

Now, gently turn the distributor back (clockwise) until the light goes out. Then turn it forward (counterclockwise) until the light comes on. Don't go past the point it comes on and call it good -- you want to identify the closest spot possible to when the test light actually illuminates. Do it again if you're not sure. Then tighten the distributor back into place. Remember, this is just a starting point -- you'll also need to have your engine dynamically timed for optimal performance or fuel economy.

If your engine is new, you'll probably want to check and reset the timing after your engine's break-in period is complete. The heating and cooling down of the metal parts will affect the timing (which is totally normal and not a cause for concern). And if your engine it isn't new, it might be a good idea to warm it up before you set the timing (if possible, and assuming it's running) for the same reasons. Be careful lifting the hood and poking around a hot engine bay, though!

You can ensure the timing is set properly by hand-cranking the engine counterclockwise a quarter turn, and then, returning it very slowly clockwise. If the engine is timed correctly, the test light will flash as the timing marks line up. If so, congratulations. If not...well, start over. At least it wasn't that hard.

Author's Note: How to Static Time an Engine

I can't in good conscience actually advise anyone to embark upon the engine timing procedure, even if I'm comfortable researching and reporting on how it's done. Especially -- especially! -- if you think that, just because the engine isn't running, it's safe from damage. Not the case. Timing an engine might actually be relatively simple, in practice -- that's what all my exes said, even as they refused to let me attempt it myself.

"It's simple," they all assured me, "but you don't want to screw up your engine, do you?" (Again, of course, was the unspoken implication that hung in the air with the tang of a chemical haze, until I'd turn on my heel and stomp off, to go wax my wheels or do some other task that didn't have potentially disastrous consequences.) After paying a machine shop to port and polish my valves, though, the last thing I wanted to do was crash them with a sloppy twist of the wrist.

Perhaps after an upbeat and positive overview -- an angel on the shoulder, rather than a devil -- static engine timing might seem approachable and achievable. At the very least, learning how an engine is timed, and why, is more helpful than a curt and superior, "Nope, you can't do it." 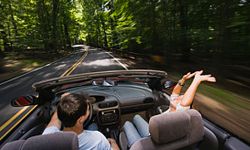 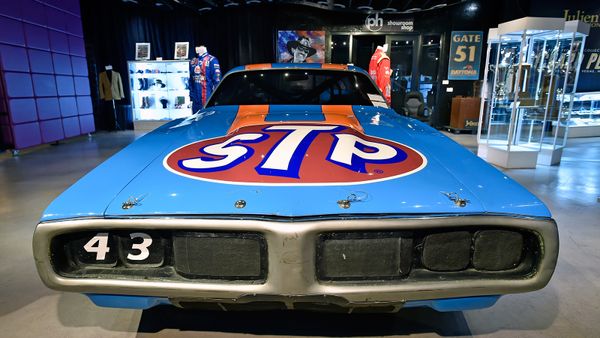 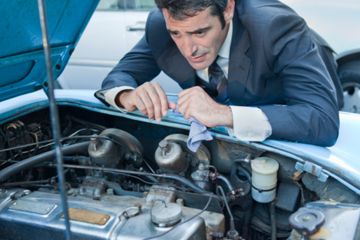