What is engine knock? 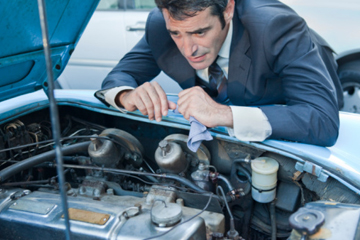 At some point or another, it'll probably happen while you're driving along -- a worrisome series of sounds from deep within the engine, distinct from the typical under-hood clanks and chugs. Have you or your passengers ever wondered, "Hey, what's that knocking noise in the engine?" You've answered your own question. It's probably engine knock.

Simply naming the sound, though, doesn't tell the whole story, and you'll soon see why. There are a few reasons engine knock is so confusing. First off, the name simply sounds intimidating -- knocks are hard and often imprecise sounds, and if they're being produced by a lot of moving metal parts, that's probably not good.

Engine knock is also known by other terms, which only adds to the anxiety. If you've heard the term "detonation," it's pretty much the same thing as engine knock. If you've listened to your engine for a while and you're convinced the knock sounds more like "pinging," you'd also be correct. If neither of these phrases sounds like an improvement, that's because the noise itself still sounds scary.

And if that isn't enough to worry about, these engine problems -- whether it's an annoying ping, a persistent knock, or a dramatic detonation -- can be traced to several different sources. It's more common in some engines than in others -- some are particularly prone such problems, while others are more resistant. In this article, we'll examine the causes of engine knock and discuss some ways to soothe a noisy motor.

Fuel should burn in even waves that are timed to the engine's cycles, carrying through until the next cycle causes the next wave. When fuel is improperly ignited, it causes a fireball-like explosion that can interfere with the engine's cycles and can even damage engine components -- these premature detonations are the source of the "ping" noise. Now, let's look at the most common causes of knock.

One of the causes of engine knock is sub-par gasoline -- low quality and low octane fuel can cause a whole cluster of problems, such as increased combustion chamber temperatures and higher cylinder pressures. The fuel's octane rating tells a motorist how much compression the gasoline can tolerate -- the higher the rating, the better the fuel resists combustion. That's why complicated, high-pressure engines require more expensive fuel.

These problems can lead to pre-ignition, which is when the fuel burns in the engine earlier than it should. There are two ways gasoline can ignite in the engine's combustion chamber -- from the spark plug, or from an incorrect compression ratio. It's a delicate balance, and any factor can throw the whole process awry. If the engine's compression is too low, it can cause the fuel to combust and burn before it's ignited by the spark plug. When the fuel burns this way, it burns incompletely, and the leftover fuel components and compounds cause debris that sticks to the inside of the chamber. This buildup negatively affects the environment within the cylinders, which is a common cause of engine knock.

Deposits on the cylinder walls

Yes, it's a vicious cycle -- the first cause of engine knock we discussed above can create bigger problems. Low quality fuel and pre-ignition forms the harmful deposits we mentioned, and once those deposits start, they tend to build.

These deposits take up crucial space that's needed for the engine's normal functions of mixing air and fuel. Think of a blood vessel clogged by cholesterol deposits -- the bigger the clog, the less blood can get through. This is similar. Big deposits raise compression in the cylinder, and if that higher compression isn't somehow accounted for (like using higher octane gasoline or adjusting the engine's temperature ranges), the higher compression can cause knocking.

Using the incorrect spark plugs is a common problem, according to experts. People often misunderstand the manufacturer's recommendations, or buy the incorrect plugs to try to save a few bucks. Since spark plugs help control the engine's internal environment and operate under precise conditions, the wrong plugs create sub-par conditions for burning fuel. They can lead to combustion chamber deposit buildup and improper running temperatures, which, as we already know, are two major catalysts for engine knock.

Other causes are closely related to the three most common culprits, and include dirty injectors, a bad knock sensor, worn rings and valve seals, and the possibility of the engine simply running too hot [source: Allen].

On the next page, we'll discuss ways to help restore an engine to proper running conditions.

How is engine knock fixed? 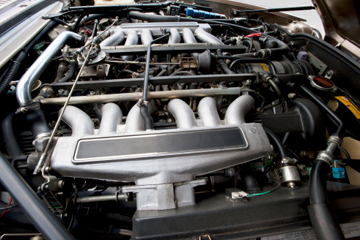 It's easy to misdiagnose the cause of engine knock, so you might have to pay a visit to your mechanic.
Brian Stablyk/Photographer's Choice RF/Getty Images

Each of the engine knock causes on the previous page has a specific cure, and most of these fixes are simple. However, it doesn't guarantee the knock will go away. It's easy to misdiagnose the cause of knock, and there might be more than one cause, so you might have to pay a visit to your mechanic. Also, some older cars are simply prone to engine knock, and might continue to ping away no matter what measures are taken [source: Allen]. Mike Allen, the automotive columnist at Popular Mechanics, says that an older car with a persistent ping is probably not in any immediate danger. But if you've only recently noticed the knock and think it's a new problem, or if the noise is simply unbearable, there are a few steps that can be taken.

First and foremost, try using higher quality fuel. Make sure you're buying fuel with an octane rating in accordance with your auto manufacturer's recommendation -- this information should be in the user manual or on a sticker near the car's gas cap. Most cars in the United States should be good with 87 octane fuel, but high-end and performance cars probably require a higher rating. The Federal Trade Commission suggests switching to a higher octane rating than recommended only if intended to alleviate knocking. If you suspect your car has old or bad gas, try adding an octane boost additive until you've run through a few fresh fill-ups. There are a few different types of detergents that can be added to the gasoline, such as fuel injector cleaner, which can help dirty combustion chambers as well as the injectors. Try running it through at least three full tanks of gasoline before evaluating the results [source: Allen]. And if these simple tricks don't help, try switching gasoline brands. Even if the above steps didn't appear to solve the problem, they certainly didn't hurt.

Decreasing the compression ratio can also help alleviate the causes of knock. The next potential culprit is dirty cylinders, and again, the plan is to try to flush them clean. Over time, carbon components that are present in all gasoline build up. Small deposits can compound over time, and higher compression often increases the formation of deposits, so the problem can quickly get worse. It's much easier to run a cleaning additive through the gasoline every now and then (at the manufacturer's recommended interval) to keep the cylinders reasonably clean, than it is to fiddle with compression and temperatures to accommodate existing deposits that will just get larger. There are a few different types of detergents that can be added to the gasoline, such as fuel injector cleaner, which can help dirty combustion chambers as well as the injectors. Try running it through at least three full tanks of gasoline before evaluating the results [source: Allen]. And have you seen those advertisements on gas pumps that promote gas manufacturers' brands of "cleaner engine" fuel? This is why -- detergent cleaning additives are required by the U.S. Environmental Protection Agency [source: Federal Trade Commission]. (All octane levels should perform similar cleaning functions.)

Next, check the spark plugs. It's a simple process, but if you're uncomfortable or don't have the right tools, it's best left to a mechanic. Once the plugs are out, compare the model numbers stamped onto the plugs with your manufacturer's recommendation (which can be found in your owner's manual). If the spark plugs were the right kind, well, it's a good thing you're probably already at your mechanic's, because your car's got other problems.

Keep reading for more information about filthy and finicky engines.