How to Remove Engine Deposits 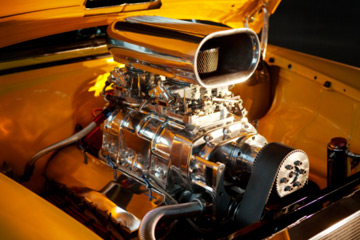 Sure it's clean on the outside, but could engine deposits be robbing this car of some of its power?
Cavan Images/Getty Images

Internal combustion engines are workhorses. They allow us to drive across the country, generate electricity for our homes when the power goes out, move large areas of dirt in a single day and lots more. So it's unfortunate that the same thing that makes them work so well -- combustion -- brings with it something that can eventually hurt the engine called engine deposits.

Deposits can be caused by several different reactions inside the engine. In both carbureted and fuel injected engines, small amounts of fuel evaporate as they're sent through the fuel ports and then cling to the tiny holes they're supposed to pass through. This is just one area where deposits can build up.

In fuel injected engines, fuel is sprayed onto the intake valves and the heat from the engine can cause the fuel to dry up and create deposits on top of them. The deposits on top of the intake valves can then absorb incoming fuel and rob the engine of it. Another direct cause of engine deposits occurs in the actual combustion chamber itself when carbon deposits form as a byproduct of the air and fuel combustion. Over time, all of these deposits build up and can cause the engine to lose efficiency, rob it of power and inhibit the engine from working properly [source: Paul].

Even though the deposits are caused by only a few processes inside the engine, deposits can travel to other areas of the engine and cause problems, too. Because engine deposits build up slowly, you can go a long time without noticing they're there, but eventually they'll rob your engine of its power and can cause serious hesitation and stalling if left unattended.

Keep reading to find out what tools and materials you'll need to clean out your engine.