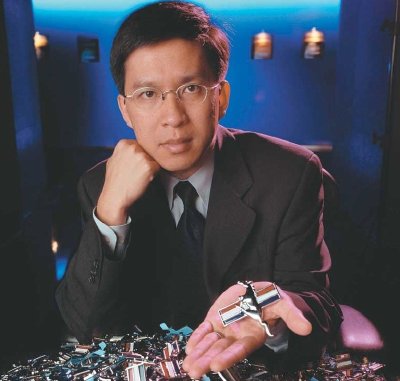 As chief engineer for the 2005 Mustang, Hau Thai-Tang was at the epicenter of the project from its beginning. He managed the technical team that designed, developed, and tested the car's every mechanical aspect. And he was responsible for reconciling its engineering with the diverse demands of styling, assembly, and cost. Born in Saigon, Vietnam, Thai-Tang grew up in New York City and joined Ford as a Ford College Graduate trainee in 1988. He spent time on Ford's CART racing crew, was engineering manager for the Lincoln LS, chief engineer for the Thunderbird, and led development and launch of the 2001 Mustang GT, V-6, Cobra, and Bullitt models. He holds engineering degrees form Carnegie-Mellon University and the University of Michigan. In 2006, Thai-Tang was named Director of Advanced Product Creation & SVT (Special Vehicle Team) Ford's performance vehicles division. Here, in his own words, is a remarkable journey that led from Vietnam to the heart of American high performance.

It's a great privilege for me to work on this fifth-generation Mustang. For me, as a kid growing up in Vietnam, my aspirations were to some day own a car.

I have one brother, and my parents are both college educated. My mother worked for Chase Manhattan Bank in Saigon. My father was a school teacher. At the end of the war, when we recognized that the Communists were going to win and the U.S. had pulled out all its troops, the people from Chase Manhattan Bank told us, "We're going to help emigrate some of our employees to America."

They went through a selection process and I think what helped us was both my parents were college educated, and they spoke the language -- actually they were more fluent in French because we were a French colony -- but we had a small family and I think Chase determined that we could probably assimilate over here pretty well. I was nine. We were told, "You're going to America. Listen to this radio and when you hear "White Christmas" by Bing Crosby, you'll have an hour to get to the airlift destination."

Thai-Tang's connection to the Mustang was forged as a young boy in Vietnam.

We were allowed one carry-on bag each. So we had four bags lined up by the door. One day in April 1975, we heard "White Christmas" and my parents got us into a car, sped over to my grandparents' house, said goodbye, and drove to this meeting place. They took us by bus to the airport. We got put on an American military plane. We flew to Guam. The next day Saigon fell to the Communists.

In America, Hau Thai-Tang looked back to his first encounter with a Mustang as inspiration for an automotive career. Find out on the next page where that memory led him. 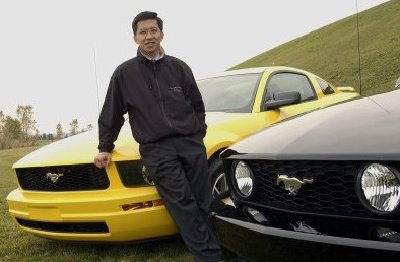 Thai-Tang's love of cars attracted him to the engineering field.

Hau Thai-Tang fled wartorn Vietnam as a boy and couldn't have known that some day he'd help bring to reality the newest version of the car that to him symbolized America. He continues the story, in his own words.

In Vietnam, to have a car was a pretty good thing and we had one, a Citröen Deux Chevaux. My grandfather also had a French car, and he had an old Jeep. He was pretty well off. He rented some rooms to American military officers. As kids, we were always hanging around with them. They gave us ice cream. One of the things they left laying around were car magazines. You'd look at them and see all these American cars. And part of the morale-building at the time was they would bring over Mustang race cars as part of the USO tours. That was when I saw my first Mustang. It was a race car. And it was fast. So my connection with America and with cars was forged on those images.

My parents stressed education. Vietnamese culture, you know. They wanted us to be a doctor or a dentist. I decided to be an engineer because I was good in math. Couldn't stand the sight of blood. I graduated from school and came to the auto industry. What attracted me was my love for cars and the fact that [the field] is so dynamic, constantly changing, so competitive.

To Thai-Tang, the Mustang embodies freedom, as exemplified by its logo.

For me, Mustang has such universal appeal. It stands for, in my mind, everything that's good about America. It's big, powerful, bold. It's accessible. It embodies freedom. I mean, that's the joy of driving a Mustang. That's the American success story. So my perspective may be different from, say, the Midwestern farm boy who grew up playing with his dad's tractor when he was eight. His context with the Mustang is different than mine. But we both have the same love for the car, and for the same reasons.

It has been a remarkable journey. I was born in '66, and under the Chinese zodiac, which in Vietnam we used, that was the year of the horse. So my mother is convinced that this is all fate and destiny. "You were born in the year of the horse. Now you're working on the Horse Car." She thinks it's all intertwined. But I tell her, "Hey, tomorrow I could be working on the Freestar."