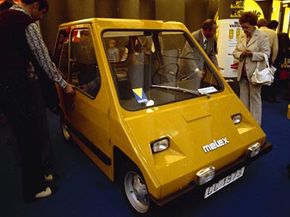 How long have electric cars been around?
AP Photo

In many places in the United States, especially in big cities, it's impossible to avoid cars. Automobiles have become such a big influence on American life and culture, that they've actually shaped a good deal of its history and continue to influence the present and future, too.

The majority of the cars on the road in the United States are gasoline-powered cars. And those engines use the Otto cycle, a four-stroke combustion cycle named after German engineer Nicolaus Otto, to compress and combust gas and air and turn the resulting energy into motion. Although gasoline and diesel-powered cars and trucks have been the main type of transportation since even before Henry Ford introduced his Model T, critics have long-bemoaned the United States' dependence on oil for gasoline and the poor fuel efficiency most conventional cars typically get. They say that this is not only costly for drivers, but harmful to the environment, too.

A small percentage of the automobiles out there, however, are what we call alternative-fuel vehicles or hybrid vehicles. These types of cars are gaining lots of exposure lately, especially since these fuel-efficient vehicles use novel ways of saving fuel, reducing emissions and encouraging eco-friendly driving. However, they currently make up a fairly small percentage of cars on the road in the United States -- only about 40,000 hybrids were sold in 2008 [source: HybridCars.com].

Although it's difficult to imagine in our current situation, with gasoline engines rumbling around us left and right, there once was a time when fully electric cars were popular and showed potential for mass production. And no, we're not talking about the 1990s, when newer electric vehicle prototypes were starting to gain popularity -- we're talking about the 1890s, when gas-powered cars were first sputtering into existence. Electric cars may seem like a new and futuristic thing, especially as the three major U.S. car companies work on plans for showroom-ready electric cars, but those automakers are actually reaching far back into the history books to bring back a rather old idea. 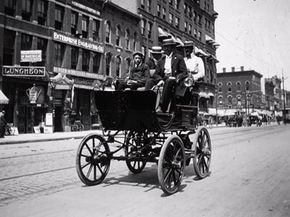 The first practical electric car may have been built by the English inventor Thomas Parker in 1884.
AP Photo

Although people had been trying with zeal to develop a self-propelled road vehicle for centuries -- it was world renowned painter, sculptor, inventor and scientist Leonardo da Vinci who designed a primitive version of the car way back in the 15th century -- yet it wasn't until the late 19th century that the age of the automobile really began. Cars at this point in history became a plausible form of transportation after years of tinkering by restless, curious inventors. And gasoline engines weren't the only ideas floating around. Electric motors, diesel engines and steam engines were all possibilities during the 19th century, and competition would become fierce. Green driving wasn't necessarily a concern; just getting the cars to work correctly was the most important issue.

So, when was the world's first electric car built? Well, that depends on your definition. The first working electric motor and electric vehicle, a small locomotive that used two electromagnets, a pivot and a battery, was built by Thomas Davenport, an American from Vermont, in 1834 or 1835. Thinking about the time period can be surprising -- in 1834, Andrew Jackson was the seventh president of the United States, English poet Samuel Taylor Coleridge passed away and French painter Edgar Degas was born. The material for Davenport's electromagnetic design, however, was simply too expensive at the time, and it would be several decades before electric cars would be practical.

Other electric car inventors around this early period include Robert Anderson of Scotland, who may have designed an electric carriage sometime between the years of 1832 and 1839, and Sibrandus Stratingh, a Dutch inventor who built an electromagnetic cart during the 1830s.

If we're talking about practical electric cars that were (or could have been) mass-produced and driven practically, however, then the first electric car was most likely built by Thomas Parker, a British inventor, in 1884. Parker was also the man responsible for electrifying the London Underground (known today as the Tube), and his interest in fuel efficiency and fuel-efficient vehicles seemed to spark a desire to build an electric car. According to Graham Parker, Thomas' great-grandson, smoke and pollution in London turned his great grandfather's thoughts to more eco-friendly driving [source: Daily Mail].

As the 19th century came to a close and the 20th century began, electric cars were becoming even more popular than gasoline-powered cars. But what happened? Find out on the next page. 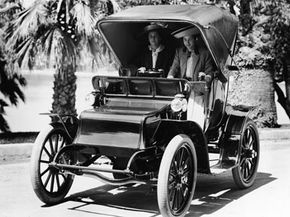 In the late 1800s and early 1900s, the electric car manufacturing industry was relatively robust and successful. In 1900, for instance, out of the total of 2,370 automobiles found in New York, Chicago and Boston, 800 of those cars were fully electric. Surprisingly, only 400 cars were powered by gasoline and the remaining 1,170 were steam-powered automobiles -- popular because at the time steam technology was familiar and proven [source: Sulzberger].

After just a few decades of improvement, electric cars around this time were clean, quiet and relatively efficient. Most resembled horse-drawn carriages, since that's what most automobiles looked like at the time -- a horse cart without the horse. In 1899, there were about 12 manufacturers making electric cars in the United States, and many of the cars were used as cabs in cities where the driving distances were often shorter -- mainly due to the limited charge of the batteries.

Gasoline-powered cars during this time, on the other hand, were extremely noisy and smelled awful. They were often unreliable and had to be started (cranked) by hand, which was actually dangerous because it could lead to some nasty injuries. Fuel efficiency was embarrassing, and cars around this time didn't really support our current notion of eco-friendly driving. But after a short while, the loudness and power of gasoline-powered cars actually became a positive, exotic attribute, and the kinks surrounding inefficiency and hazardous operation were eventually worked out.

One thing gas-powered cars had going for them was speed and range. Major obstacles for the electric car popped up in the form of the search for practical, rechargeable batteries. Even Thomas Edison, the American inventor (and a proponent of electric cars), spent some time trying to improve the electric car's battery. In fact, he was even able to extend an automobile's range to 100 miles. But his battery had its flaws; it was too heavy, easily damaged and expensive. Other battery improvements around the same time typically suffered from a combination of the same setbacks. By the time Henry Ford introduced his Model T, American roads were somewhat better and the demand for long-range vehicles was in place. The internal combustion engine quickly gained momentum and surpassed the electric motor as the popular choice among motorists. The Model T gave the people what they wanted in a reliable and inexpensive package.

However, by no means does the history of the electric car end around the turn of the 20th century. A few electric prototypes emerged during the 1960s and 1970s, and General Motors EV1, the subject of the 2006 documentary "Who Killed the Electric Car?" enjoyed some exposure during the 1990s. Recently, Toyota's RAV4 EV and the Tesla Roadster have caught people's attention, but high costs have made it difficult for either one of these vehicles to reach the mainstream. The three major U.S. automakers have announced plans to produce affordable electric vehicles in the near future, so, who knows? A new story may soon begin.

For lots more information on electric cars, fuel-efficient vehicles and green driving, follow the links on the next page. 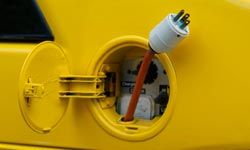 Up Next
How Electric Car Batteries Work
Explore More 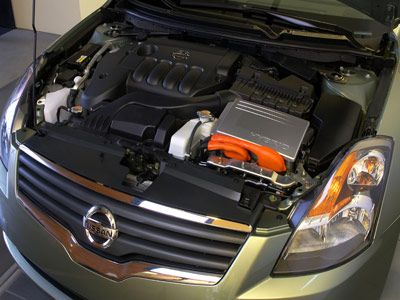 You May Like
How Electric Car Labs Work
Explore More 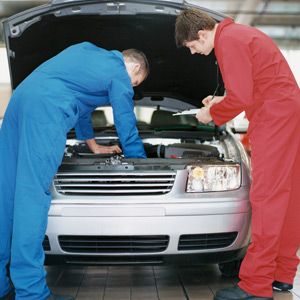