Will cars ever run on carbon dioxide, or is that marketing hype? 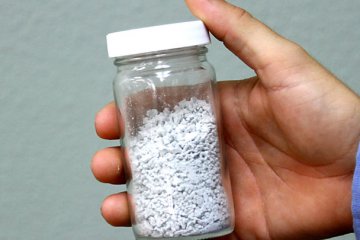 With petroleum-loving masses and tax-happy governments finally getting on board with the development of alternative fuels, the race has been on to find the cleanest, eco-friendliest, and most importantly, cheapest, alternative to fossil fuels. But it hasn’t been easy.

Many have been hyped and ultimately abandoned (hydrogen fuel anyone?), with more filling the pipeline all the time. The new eco darling? Carbon Dioxide.

The by-product of combustion and a notorious greenhouse gas, ecologists have been bemoaning CO2′s constant release into our atmosphere for decades. So why not take all this excess, free-floating gas and turn it into something useful: The perfect alternative fuel. And that’s just what several companies are doing.

CO2 fuel right around the corner? 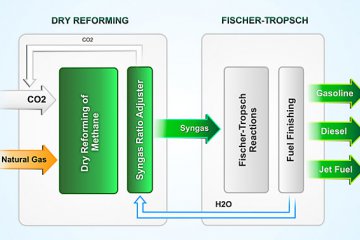 How CO2 is converted to fuel.
Carbon Sciences

So are CO2-fueled vehicles in our immediate future? Yes. And no. It depends on whom you ask. Those who are developing CO2 fuels claim the technology has existed for years, and the result is a much cleaner, more eco-friendly fuel than petroleum.

According to Byron Elton, President and COO of Carbon Sciences, his company hhas developed a breakthrough technology that can take CO2 and use it along with methane and a catalyst to create a synthetic gas (syngas) in a process known as gas-to-liquid or GTL. The resulting syngas can, and has, been used to create clean diesel fuels. Elton says that after diesel will come jet fuels and even a CO2 fuel that will power existing gasoline engines. No need for retrofitting or costly conversions.

While GTL technology has been around for decades — Elton notes that the Fischer–Tropsch process, a key component of GTL technology where carbon monoxide and hydrogen are combined to produce a petroleum substitute, was used to fuel the war effort during WWII — it hasn’t been competitive with, or superior to, crude oil. Elton says that has changed.

He adds, “Carbon Science’s technology can not only give us a viable, clean alternative to fossil fuels, but it can also help significantly reduce the amount of CO2 in our atmosphere.” While it will take some time to get it to market, Elton says diesel fuels made from CO2 will be available relatively quickly. And he points to a proposed joint $10 billion project between the state of Louisiana and South African energy company, Sasol, to build a huge GTL plant near Lake Charles, LA as proof that this alternative fuel has been embraced and is coming fast.

So should we start tearing down gas stations and demand the construction of CO2 stations? Not so fast, says those on the opposite side of the fence. They say that while you absolutely can make clean fuel from CO2, the end result is much costlier and less efficient than fossil fuels. So all we are doing is trading bad for less bad. Or alternative bad. 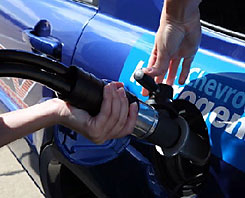 Ozzie Zehner, visiting professor at UC-Berkely and author of the upcoming book Green Illusions (Lincoln and London: Bison Books, 2012), says all this CO2-as-a-fuel talk reminds him of the failed hydrogen dream of just a few years ago. That technology used excess solar wind power to create hydrogen to power cars. The only problem was in order to make that happen you needed to put more energy in to create hydrogen fuel than you got out of it. It’s like having a machine that creates $20 bills, but it costs $23 to create each one.

And Zehner says creating CO2 fuels is just as energy intensive. “The process can be used to store heat or electrical energy in a dispatchable liquid form for later use,” he says, “but CO2 is not a fuel on it’s own.” It must be refined into other things that can be used as fuels, like methane, which is the primary component of natural gas. And the problem, Zehner notes, is you need an endothermic reaction to make that happen. You need to provide a lot of heat and energy to get your resulting fuel, and you’ll get some, but not all, of that energy back. “Until they figure out how to change the laws of thermodynamics,” Zehner says, “we are stuck with what we have.”

And at the end of the day, it may be easier and cheaper to just extract and use existing natural gas resources. “We have a ton of methane now,” says Zehner. “Why pay to extract CO2 from the air and mix it with hydrogen and heat to create methane and water? No one does that.” And on the argument that the CO2 fuel is cleaner than fossil fuels, Zehner says by definition it’s not. “You need energy to either create the CO2 fuel or to reform it,” he says. “You might have to use nuclear power to get enough energy to convert CO2 into methane, so whether nuclear is cleaner than fossil fuels is is a political question.”

In the end, Zehner says we may just be trading one negative for another. “It isn’t acceptable for doctors to promote low-tar cigarettes,” he says. “Why should environmentalists promote alternatively fueled automobiles?”

That may make for a great sound bite, but the very real and lingering question is, in the case of the environment, is a “lower tar” alternative a viable solution? Let me know your thoughts in the comments below.