by Cherise Threewitt Aug 22, 2019
One bumper sticker on your car may not hurt its value. But if your car is covered, expect the value to drop. Wikimedia Commons/(CC BY-ND 2.0)

If you're trying to sell your car or trade it in, you might be surprised by how much (or how little) everybody else thinks it worth. Of course, things like the car's mileage, the time of the year and the economy will always factor in, but truth is, there are other things you might not even consider that can tank the car's price, too.

A few of these factors you might be able to fix on your own, and others, well, they're just out of your control. Let's just say you'll have live and learn and let them serve as lessons for your next car. Let's take a look.

Experts disagree on whether bumper stickers actually hurt your car's value, but why take the chance? If you leave the stickers in place, they reinforce to potential buyers that the car is used, and they can make it hard for buyers to see the car as a blank slate. So try taking any stickers off — carefully. But be forewarned: Even if they come off in one piece without any scrapes or nicks to the car, the paint beneath them may have faded.

If your car's lights have cracked lenses or burned-out bulbs, it's worth the effort and expense to replace them. New bulbs and lenses are inexpensive and easy to get, and you can usually swap them out with just a couple of screws. (This may not be the case if your car has high-end LED or HID lighting, though you should still consider replacing any that are broken.)

Non-functioning headlights and brake lights can make a car dangerous to drive. It's the kind of problem that can impact safety or get you pulled over. No one wants to buy a used car and immediately head to the auto shop for repairs.

You decide where to live for a ton of reasons, and your car probably isn't one of them. But where you live can significantly influence its resale value. A rear-wheel drive convertible that can be comfortably driven all year on the West Coast becomes a burden in New England when the snow starts to fall. There also are some electric car models of otherwise common cars (like the Mini Cooper and Volkswagen Golf) that have been sold exclusively in California for years. If you move across the country to an area without adequate electric charging infrastructure, potential buyers might not be interested. In some cases, you just have to wait for the right buyer to come along.

These days, you can get a windshield replaced pretty inexpensively, and in some states your insurance will cover it without you paying a deductible. Some shoppers might assume replacing a cracked windshield is out of their budget, so if yours needs to be replaced, get it done before you list your car for sale.

A caveat: If your car is newer-year model, replacing the windshield might cost more. That's because many new car windshields include fancy features like sensors for rain-sensing wipers and embedded antennas, which will drive up the price.

Nobody wants to buy a car that smells like an ashtray. So if you've been smoking inside your car, prepare to pay for it. While there's no exact formula for how much less your car will be worth compared to a similar vehicle that hasn't been smoked in, there is no disputing the diminished value of a smoker's car. Some studies have shown that cars that have been smoked in are so contaminated, driving and riding in them will expose you to third hand residual tobacco smoke.

Nobody wants to buy a car that smells like an ashtray, so if you smoke in your car, expect to pay for it.
Bertrand Demee/Getty Images

Whether you're selling your car or trading it in, you'll have an advantage if your tires are in good condition and, more importantly, if they all match. A mishmash of tire brands or tires of different ages could suggest to some buyers that you cared for the car haphazardly, even if you replaced a tire quickly after a blowout. If you're serious about getting top dollar for your car, consider buying four new tires when they're on sale. If you're trading your car in rather than selling it outright, the dealership may just deduct the cost of four new tires from your estimated trade-in value.

According to Car and Driver, an optional feature adds value if it's something that 50 percent or more of buyers choose to add when the vehicle is new. Opting out of these popular features or choosing unpopular features, such as a manual transmission, adds no value and may even reduce it. The lesson: When you're buying a new car, by all means, get what you want. Just don't be surprised later if following your heart leads to a reduced value on the used car market.

This one might come as a surprise, but gas and diesel prices are another unpredictable factor that can affect used car values. If gas prices are high and you're selling a hybrid, you're in luck. And if gas is cheap, it might be time to get rid of your massive gas-guzzling SUV before prices spike again. If your vehicle's value is strongly affected by fuel prices but you're eager to sell, you're going to just have to deal with what the market will bear. If you have a little leeway with timing, pay attention to news reports, watch for spikes or drops in oil prices, and try to time your sale when it's most favorable to you. There's nothing you can do about gas prices, but if your schedule is flexible, you can try to take advantage of certain market conditions.

Cars with reputations for being gas-guzzlers, like the Hummer H2, are often discontinued by the manufacturers, so re-selling one when gas prices are high could be difficult.
Flickr/(CC BY-ND 2.0)

You probably aren't surprised to read that color can influence your car's resale value. What might surprise you, however, is that orange and yellow vehicles depreciate the least, according to multiple studies from iSeeCars. Gold vehicles tend to depreciate the most, followed by silver and beige, even though these colors are all but ubiquitous in many dealership showrooms, which suggests that people like these colors on new cars. Other bright colors have varying results. If you're choosing the color of a new vehicle in hopes of attracting the most buyers in a few years, black, white and gray are always safe bets.

You can't control what an automaker does, but their decisions may impact the future value of your car. Consider the Volkswagen Dieselgate scandal, which damaged VW's reputation and impacted the value of all diesel vehicles. And if you want to go back even further in the car timeline, consider the Ford Pinto of the 1970s. If you were trying to sell a Pinto now, you'd probably have a hard time giving it away, given the cars' tendency toward spontaneous explosion. In short, whether the automaker does something unscrupulous, or it turns out there's a big problem with the car itself, your car's value may suffer the consequences.

Now That's Interesting
If a car model or a brand is discontinued, it's likely because there was low demand to begin with, and that would translate to lower demand for those used cars. However, some brands and models actually increase in popularity and value after they're taken off the market. The Toyota FJ Cruiser was discontinued in 2014 and is an often-cited example of this phenomenon.

'The Fighting Women' of Africa Collect Plastic to Build Schools 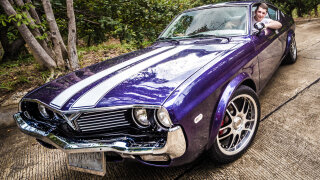 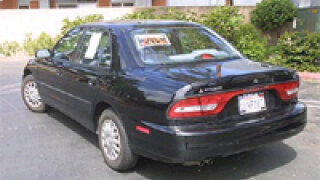 How Selling a Car Works 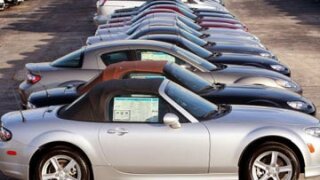 What is car depreciation?