Did Pintos really explode in the 1970s? 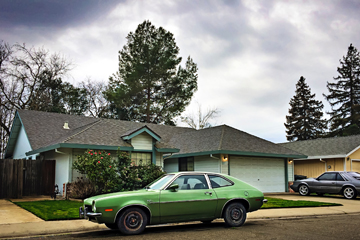 Despite Ford Motor Company's efforts, they were ordered by the National Highway Traffic Safety Administration (NHTSA) to recall the Pinto in 1978.
(Mardis Coers /Moment Mobile/Getty Images)

The 1971 Ford Pinto was rushed into production to fight imported sub-compact cars. In the 1960s and 1970s, the typical car took 43 months to design and build; the Pinto had just 25. It quickly became obvious that corners were cut. The Pinto's main objectives were size, cost of ownership, and "clear product superiority," defined as characteristics like comfort and appearance. "Product superiority" for a car built today would likely include some reference to safety — but not then. In fact, in 1977, an anonymous Ford engineer told "Mother Jones" that the only people at Ford who cared about safety "are mostly engineers who have to study a lot of accident reports and look at pictures of burned people." He said Ford ignored safety because it cost time and money, but also because they were afraid discussion about safety would only cause the car-buying public to worry [source: Dowie].

That's why Ford casually sold cars they knew (from preliminary crash tests) carried a high risk of bursting into flame on impact, and continued to do so for years. The poor design of the Pinto's fuel tank and rear end made it vulnerable to crashes, even at low speeds, in which the fuel tank would suffer extreme damage and catch on fire, often trapping the car's occupants inside. Twenty-seven people died in Pinto fires and countless others suffered serious burns.

Henry Ford II, who headed up the Ford Motor Company in that era, fought hard against safety regulation, both out of his resentment of the government and his company's bottom line. Ford's lobbyists dragged out the battle, even though they'd already figured out exactly how much it would cost to protect or replace the Pinto's gas tank using parts Ford stocked and used on other models. Ford said they could fix the Pinto for about $11 per car, but it would cut into their profit too much. It was later revealed that Ford presented flawed data and bad math to hide even cheaper options to fix the Pinto. Despite Ford's efforts, they were ordered by the National Highway Traffic Safety Administration (NHTSA) to recall the Pinto in 1978.

In the meantime, in 1977, a Pinto unexpectedly passed a NHTSA crash test. It turned out the car had a cheap plastic part that helped protect the gas tank, one of the parts Ford had known would work. It was further discovered that this particular Pinto was built in Canada, where crash standards were more strict, and then sent across the border to be sold in Arizona (even though there was another Pinto plant in nearby California). There's no explanation why (if these parts were used in Canada, and then the more expensive Canadian cars were being inefficiently distributed throughout North America) Ford decided to spend so much time and energy, risk so much bad press, and waste those lives to fight against this simple improvement to the Pinto — which was discontinued in 1980, anyway. Today's Pinto enthusiasts (and, yes, there are some) simply fix the fuel tank issue themselves and keep their Pintos on the road.

Are teens more likely to die in a car accident than adults?
Getting It Right When You Drive on the 'Wrong' Side of the Road
Top 10 Causes of Car Fires