Buell Street Fighter is a custom chopper with a modified version of a Harley-Davidson Sportster engine. See more chopper pictures.

Having seen his share of long-legged choppers, John Dawson decided to build a machine that was the polar opposite of the traditional custom. He wanted to put a torquey V-twin engine in a bike that handled as good as it looked. Thus, Buell Street Fighter was born.

Eric Buell founded the company that bears his name in the late 1980s on very much the same idea. He took Harley-Davidson Sportster engines and mounted them in exotic sport-style chassis, which resulted in bikes that were decidedly different than anything then being offered.

Since that time, the Sportster engines Buell uses have been treated to significant changes that result in greatly increased power, but the chassis designs remain that of a high-riding "crotch rocket" sportbike.

So what John Dawson did was take a Buell motorcycle and swap its tall, sportbike chassis for a low-slung hardtail frame by MC Worx. The original Buell forks and brakes were refitted, and John adapted a host of new hardware to create a low-slung bullet. Chief among them is a small bikini fairing incorporating twin headlights.

The result is a machine that bridges the rather wide gap between sportbikes and choppers. But in simplicity of design and unique treatment, John just did Eric Buell one better.

Go to the next page for more photos and details of this sporty chopper, Buell Street Fighter.

The Buell Street Fighter's 1200-cc Buell V-twin is a hopped-up version of a Harley-Davidson Sportster engine and received numerous upgrades to enhance performance even more.

Buell Street Fighter is the opposite of conventional customs, with a powerful engine and sporty frame. Below are more pictures and details of this champion chopper. 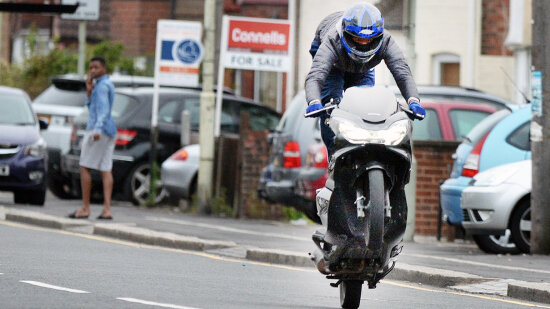 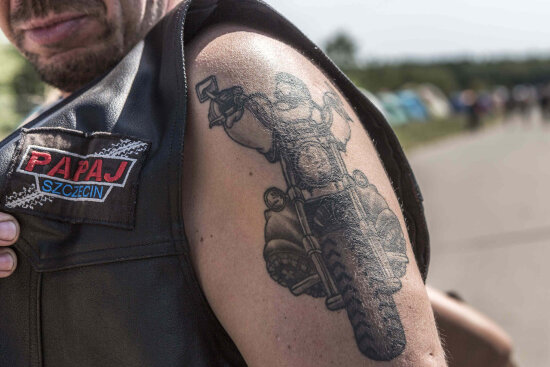 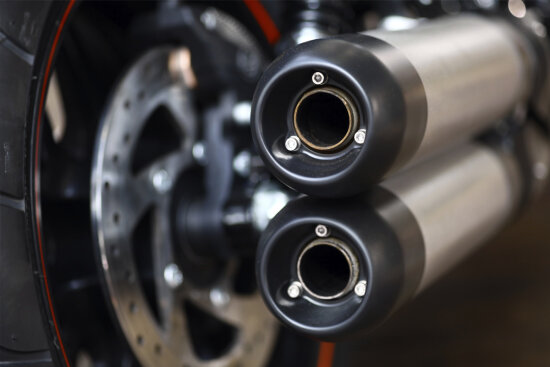