What is the biggest truck in the world?

Maintenance foreman Gary Frost inspects huge dump trucks before they start the day at Barrick's Ruby Hill Mine outside Eureka, Nev., in 2006. They're definitely big, but these aren't the biggest mining trucks in use. See more pictures of trucks.
AP Photo/Douglas C. Pizac

The world's biggest truck isn't a Ford F-450 Crew Cab pickup truck, or even a Mack truck with a double trailer. The biggest trucks in the world are used in mining, and perhaps calling them big is an understatement -- these trucks are truly enormous.

The giant dump trucks used to haul heavy metal ores out of mining pits weigh in the neighborhood of one million pounds (453,592 kilograms) and can carry and dump more than 300 tons (300,000 kilograms) of material in the back. Where a Honda Fit has 117 horsepower and a Jaguar XF has 300 horsepower, these mining trucks have about 3,000 horsepower available for moving all that mass.

Mining trucks stand more than 20 feet (6.1 meters) tall -- the driver could climb from his cab into an open window on the second floor of an average building. And they're nearly fifty feet long, too, about the same length as an adult humpback whale.

But there's more than one manufacturer building these monsters, and the trucks are relatively close in size, so this is going to be a numbers game to determine which one is truly the largest. Here's the criteria used to determine which of five contenders will be crowned the biggest truck in the world:

Height: Measured from the ground to the highest point when the bed is level

Length: Measured from the very front to the very back when the bed is level

Payload: The maximum weight that the truck can carry in the bed

Keeping these five criteria in mind, check out the stats on the next page for the top five contenders -- all hoping to be named the biggest truck in the world.

Big Trucks by the Numbers

There are only a few companies that build the truly big trucks used in mining. Here are the contenders and the dimensions for each, including horsepower and payload, listed in alphabetical order by manufacturer:

And it looks like we have a winner! The Terex MT 6300AC is the largest truck in the world. It's the tallest, the heaviest, it carries the most stuff and it has the most powerful engine, too. The only criteria where it falls a little short is overall vehicle length -- the Terex MT 6300AC is just one measly inch (2.54 centimeters) shorter than the Komatsu 930E-4. Keep reading for an interview with the proud winner.

Mike Bazinet, Global Communications Director at Terex Corporation, already knew that his company made the biggest truck in the world. He was surprised to learn, however, that his company's truck is one inch shorter than the competition. But he took the news in stride.

The MT 6300AC was only recently introduced at the 2008 MinEXPO, an annual event for the mining industry. The truck had been tested in the tar sands in Canada, and a few are currently being used in mining operations in Australia. It's the only truck purpose-built to haul 400 tons (400,000 kilograms). The other trucks, according to Bazinet, are upscaled versions of trucks designed to carry 200 to 300 tons (200,000 to 300,000 kilograms).

It should come as no surprise, then, that Terex also makes the biggest excavator, another machine purpose-built for mining. "It can lift 100 tons (100,000 kilograms) in one bucket," said Bazinet. "It can fill the MT 6300AC in four passes." Both of these machines are used for mining tar sands in Canada, and for that reason, the MT 6300AC can be equipped with a heated bed to keep the sticky stuff from congealing in the Canadian chill.

Want one of the biggest trucks in the world for yourself? You'd better start saving up. Trucks like these cost millions of dollars. In fact, depending on the options you choose, the MT 6300AC costs "$4 to $5 million dollars per copy," said Bazinet. He did, however, mention the possibility of a discount if you buy several at once.

For more information about big trucks and other related topics, follow the links on the next page.

The biggest truck in the world, the Terex MT 6300AC, is not the same thing as the Terex Titan, a large mining truck whose legend lives on, thanks primarily to the Internet. The Titan was a one-of-a-kind mining truck built in the early 1970s, when Terex was owned by General Motors. The Titan was used in Canada, and now resides in a museum in British Columbia.

Up Next
Carmakers to Revive Classic SUVs
Automakers are bringing back some of their classic SUVS in hopes of tapping into nostalgia to make sales. HowStuffWorks looks at three SUVs returning.
Explore More

Kristen Hall-Geisler "What is the biggest truck in the world?" 31 August 2009.
HowStuffWorks.com. <https://auto.howstuffworks.com/biggest-truck-in-the-world.htm> 27 February 2021
Citation 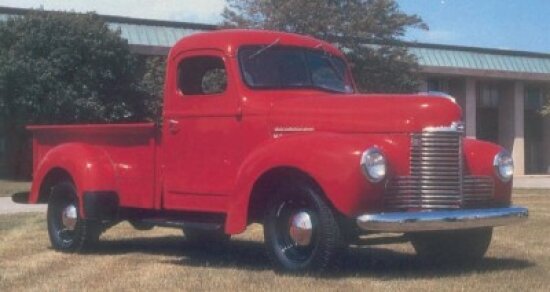 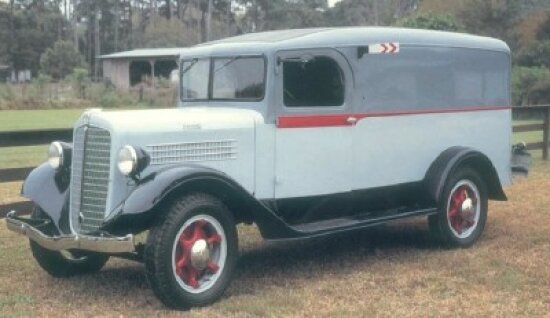 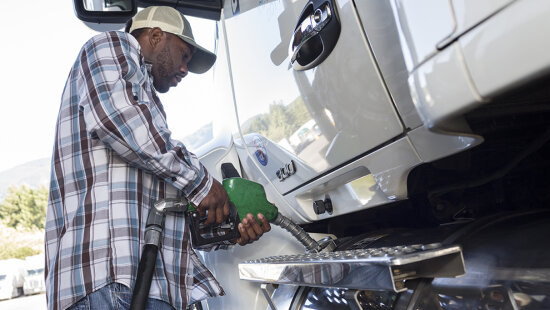