Auto parts and systems are the building blocks that come together to make automobiles function. Understanding how auto parts work together to form automotive systems allows drivers to confidently discuss automotive problems with their mechanics. 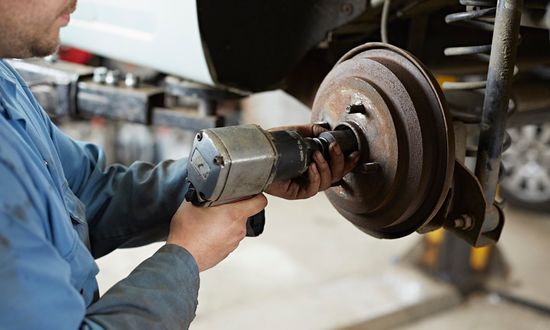 5 Signs That You Need Your Brakes Checked 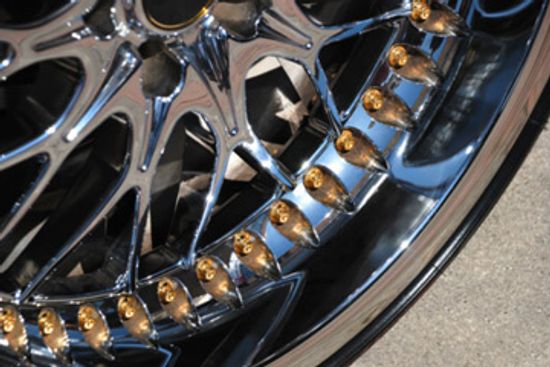 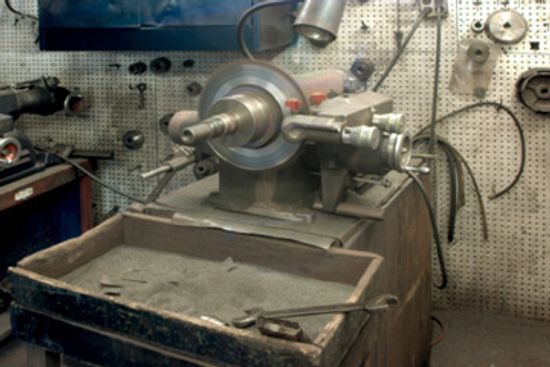 Do you need a brake lathe?

The role of brake lines in a hydraulic braking system is clear -- they serve as links between the brake components in your vehicle. But did you know you can choose your brake line material?

If you have a pre-1940s classic car, chances are you only have one set of brakes. When cars were first made, they used just rear brakes. But as cars got faster, the need for front brakes became more prevalent.

Power brake conversions are popular among classic car enthusiasts because these highly effective brakes were once considered a luxury. Now that power brakes have become standard, auto lovers can't wait to get their vehicles up to speed.

One can easily understand why car enthusiasts spend so much time debating the advantages of torque versus horsepower. The debate boils down to one question: Would you rather simply have the work done or done quickly?

Why do brake lines have so many bends and loops?

Did you ever notice that your brake lines don't resemble a straight line at all? Find out why your brakes are made with all those bends and loops.

What do the brake warning lights mean in my car?

Uh-oh, your brake warning light just came on. Are you doomed to brake failure now? Learn what that little light means and how to know what it's telling you to do.

Putting your car in park ensures that you won't roll down that hill. Have you ever wondered exactly how it's connected to your transmission to keep it from spinning? Find out!

Wouldn't it be nice to get some warning before a tire went completely flat? Good news -- anti-lock brakes could make it possible. But how?

What are the different types of brake fluid?

Do you know what separates DOT3 and DOT4 from DOT5? Learn the chemical properties of brake fluid types and how they affect your ability to stop your car.

Whether you're a tuner-car enthusiast looking to make your WRX drift-ready or an average Joe looking to tweak the safety and performance of your beloved '68 F-150, a disc brake conversion is actually the first modification you should consider.

It's no secret that most RVs are big. Obviously, some RVs are much bigger than others, but regardless of size, what happens when you add the extra weight and length of another vehicle or even a trailer behind an RV?

How to Paint Brake Calipers

You love your car. Oh, do you love your car. But maybe it's time for a change. Nothing drastic; nothing expensive. Just the car equivalent of a manicure -- a new flash of color for your faithful friend. You're going to paint the brake calipers.

When you press the brake pedal in your car, you expect your brakes to work. But what if they didn't? If you've ever been in a vehicle that did not stop, you know the sheer terror that brake failure can cause.

That pedestrian should not have stepped off the curb. Clearly, she doesn't see you. You hit the brakes, and she jumps back. Problem solved -- except that high squealing sound doesn't seem to be coming from the pedestrian. It's coming from your car.

Ever wondered what the sign "No Engine Brake" on the side of the highway means? Well, it applies to trucks -- big trucks. A truck's engine brake is known as their brake system.

How does payload affect braking?

Most pickup drivers want to be able to haul lots of stuff -- why else would you want a pickup truck, right? But there is a limit to how much you should carry. Overloading a truck can change how it steers and brakes.

Why are my brakes squeaking?

Squeaky brakes can panic a driver, as brakes are arguably the most important safety feature in automobiles. Sometimes the concern is warranted, as the brakes are going bad. Other times, however, there may be nothing wrong at all.

Engine brakes are used in heavy duty and commercial vehicles to increase speed control. You may recognize the loud blatting sound they make. But despite the noise, engine brakes reduce the occurrence of brake failure.

What Should I Do When My Brakes Lock?

You're speeding over a patch of black ice or wet leaves when suddenly you try to stop -- and nothing happens. Instinct tells you to slam on the brakes, but that will just cause them to lock up, leaving you sliding down the street. What should you do?

If the term "bleeding brakes" conjures up images of a clean, contented person stepping on a brake pedal while another grumpy, dirty, frustrated person yells, "Push down!" from under the car, your image would be correct.

It's your first time behind the wheel of a stick shift. You reach a stop sign on a hill and break into a cold sweat. But then your father reaches over and pulls the emergency brake. You immediately feel safe, but what's holding you in place?

When you're moseying down the highway with a heavy trailer hooked up to your truck, there are a dozen things that could go wrong. But don't worry about your tires going flat yet: The biggest culprit in towing trouble is you.

Dead weight and towed weight are terms that describe the maximum amount of weight that your vehicle can safely tow. There is a difference between the two, but that difference depends on your trailer hitch.

The laws of physics explain how easily a truck can successfully tow a load twice its size. All you need to do is provide the force needed to overcome your vehicle's state of rest.

Is it better (or easier) to tow with an automatic or manual transmission?

For impassioned towers among us, the debate over towing with an automatic or manual transmission is enough to start a riot. So it's not that heated, but it is a serious point to consider if you're going to haul a heavy load down the highway.