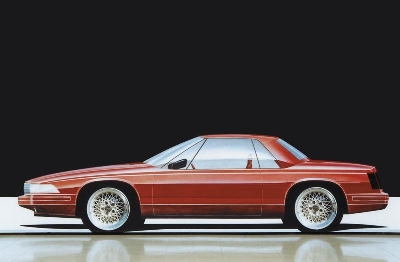 Disappointed that the design of the halo car was given to Pininfarina, division stylists went ahead and worked up a concept of their own. See more classic car pictures.
©2007 Publications International, Ltd.

The 1987-1993 Cadillac Allantes were luxury two-seaters built to compete with European cars that were wooing well-heeled American customers. It was new territory for General motors at a time when the company was dealing with corporate reorganization, product downsizing, look-alike styling, and uncompetitive quality in the face of strengthening foreign competition.

It was still early in Roger Smith's tenure as chairman and chief executive officer -- which began in 1981 -- when Cadillac decided it needed a top-of-the-line two-seater. It would be a high-tech, high-style, high-price, but low-volume "halo" car intended to boost the image of a Cadillac line that was shrinking and becoming less distinctive.

Bob Burger, Cadillac's general manager from 1982 to 1984, said he's not even sure whose idea it was. "Our market research indicated a need for a vehicle of that type. We probably had several meetings at lower levels to put together a presentation to see if it was feasible and could sell in sufficient quantities to make money."

The result was the Allante, introduced in 1987. Naturally, its creation took several years, beginning early in 1982 when Cadillac dispatched a group of engineers to Italy to discuss with famed designer/coachbuilder Pininfarina the possibility of designing and building a special luxury roadster body.

Ed Anderson was sent along, as far as he knew, to observe. "We went to find out if they had the capability to execute a car to the degree we were looking for," he explained. "A lot of things were discussed, and we came back thinking that Pininfarina should be selected. Two weeks later, they told me I would be the program manager.

"We placed three contracts with them that year," Anderson said. "The first was to design the car. Second was the body engineering. Then, in August 1983, we placed the contract to execute the car for production. We had a lot of things to work out. This was prior to the 1984 GM reorganization.

"Fisher Body was still a very powerful division and they didn't like the idea of giving responsibility to someone else. It took several months to come to an agreement on Fisher's involvement, but they knew the legal ramifications and the testing that had to be done."

"It was a type of car that would compete with the Mercedes, and BMWs, and others that were coming into the U.S. at that time," Burger continued. Mercedes was doing very well. BMW was getting a real foothold. The Japanese had [luxury] cars that we were starting to hear about. "We had never done a car like that because we had not needed one, so we would be dealing with something entirely new. But we came to the conclusion that we should get serious about a vehicle of this type." 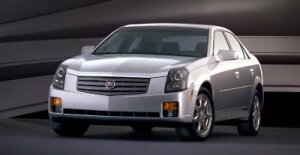