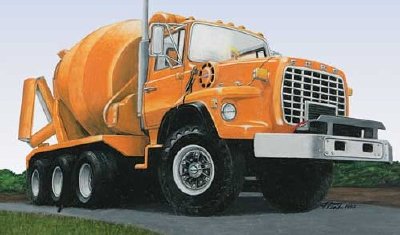 For car enthusiasts, the 1970s could best be described as the "Forgettable Decade." Government-mandated safety, emissions, and fuel-economy standards hit automakers -- including Ford -- with a triple whammy, forcing them to rethink strategies that had served them well in the 1960s. "Performance" became a dirty word, bigger was no longer better, and styling was often sacrificed to safety. As a result, very few cars from the 1970s excited the senses.

Not so, however, in the world of trucks. Because many of the government standards either didn't apply to trucks or weren't as strict, these beasts of burden didn't fall prey to the forces that beleaguered their automotive brethren. This might be one reason trucks gained so much in popularity over the decade.

A new Ford truck plant and a restyled Ranchero highlighted 1970 for Ford. Continue to the next page to learn more.