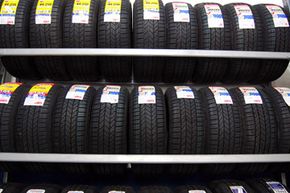 Can tires actually expire while they're on the tire rack or even on a car that's rarely driven? See more pictures of car safety.
AP Photo/ Xu kangping

When Americans purchase food products from grocery store shelves, many of those products have a sell-by date or even a "good before" date that indicate the last possible day a company can legally sell that product or the date when the product will become rotten or spoiled. These dates are used to protect the consumer from food that could possibly harm them if purchased or consumed too late. But what about other products we use, like car parts, should they have sell-by dates, too?

If you talk with your mechanic when your car's getting fixed, he'll probably won't mind telling you what area of the car he repaired, the main auto parts that were replaced and he might even tell you some additional auto part information, like how long a specific component you just bought might last before it goes bad. Car part longevity isn't a new idea; in fact, car manufacturers affix warranties on new cars and trucks which tell you how long certain parts are guaranteed for, but one important part of your car often goes unnoticed when it comes to auto part longevity: the tires.

We all know that tires have to be replaced after the tread wears down, but some reports show that tires can actually go bad long before this happens. Tires are built to withstand thousands of pounds of weight and can endure some pretty harsh environments, but over time a tire can lose some of its strength and cease to function the way it was designed, even if its tread is still deep. Some individuals and safety groups are calling for a little more car part information disclosure, like a sell-by date or expiration date for tires, in order to protect consumers.

On the next page, we'll find out why tires may need this expiration date in the first place. 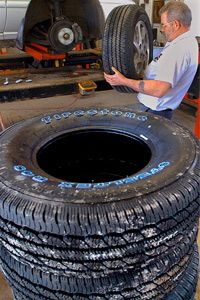 Tires, like most other auto parts, are built to withstand a great deal of wear and tear. Unlike other car parts, however, tire manufacturers always give an estimate for about how long a tire should last. The estimates themselves can range greatly for each tire, but you'll usually see a manufacturer listing of how many tens of thousands of miles you may expect out of that particular tire.

When it comes to car part longevity, however, there are always circumstances when the auto part information given by a manufacturer may not apply. In the case of tires, the estimate of how long a tire can last is based primarily on the tread wear. But some safety advocates want to add an expiration date of six years onto each tire, regardless of how much tread is left on them. The reason for setting up this six-year standard is that some research has shown that after that amount of time passes, tire failures dramatically increase. The tire industry has not yet set  up its own estimate, partly because it doesn't want to give consumers the idea that its tires are guaranteed to last that long [source: Holguin].

Although there isn't a set expiration date as of yet, companies like Ford Motor Company already encourages its customers to scrap their tires if they're more than six years old [source: Holguin]. But how can you determine the age of a tire?

So now we know how to determine how old a tire is and that some car manufacturers and safety groups encourage a six-year limit on tire age. But how does a tire's age affect its performance? Read the next page to find out. 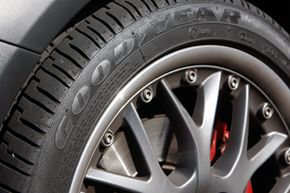 The Goodyear company logo is embossed into the sidewall of an Eagle RS-A tire mounted on a Mini Cooper S in the southeast Denver suburb of Greenwood Village, Colo.
AP Photo/David Zalubowski

A tire is comprised of many individual parts that are bonded together through a high-heat-curing process called vulcanization. As with all auto parts, normal wear and tear affect a car part's longevity. When a tire endures normal use, several factors contribute to the tire wearing down and losing its desirable properties. Stress from the weight of the car causes oxygen to be forced against the inside of the tire walls. Heat from a tire's friction against the pavement can also cause a tire to wear down on the inside. The process of heat and oxygen affecting a tire's material properties is called thermo-oxidative aging [source: Safety Research and Strategies, Inc.].

According to the National Highway Transportation Safety Administration (NHTSA), a tire ages when there is a "loss in a tire's material properties, which over time leads to a reduction or performance capabilities" [source: National Highway Traffic Safety Administration]. The NHTSA is conducting more car part information testing with tires to provide the industry and consumers with the most significant information possible.

If a tire is placed on a car shortly after it's been made, the oxidation that occurs has a minimal effect on the tire because the tread usually wears down before the oxidation causes any major problems [source: Safety Research and Strategies, Inc.]. But tires that are mounted on a rim, even if they aren't used or if it's used infrequently, like a spare tire, for example, can still undergo oxidation. Think of it this way; if you buy a gallon of milk but don't open it for 8 weeks, it doesn't mean that milk will still be fresh when you do use it. The milk will curdle regardless of whether or not you've opened it. The same goes for tires. Having a tire sitting around for several years may actually reduce its longevity.

Not only does oxygen break down a tire's material properties, but heat also causes tires to break down even faster [source: Gin]. The NHTSA reported that from 2002 to 2006 a large insurance company said that 77 percent of its tire claims came from five states with hot ambient temperatures. In addition, 85 percent of those claims were for tires that were more than six years old [source: National Highway Traffic Safety Administration].

With tires that are aging before they're even in use, consumers could be purchasing sets of tires that may not be as long lasting as the mileage they're guaranteed for. But is this really a problem?

Up next, find out how a tire's age could be dangerous for drivers. 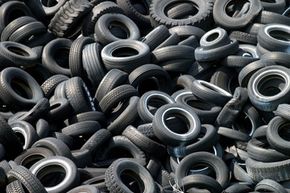 A pile of tires are seen at Kirby Tires outside of Sycamore, Ohio.
AP Photo/J.D. Pooley

From 1994 to 2004, the NHTSA reported that about 400 fatalities occurred in the United States due to tire failure [source: National Highway Traffic Safety Administration]. But a tire's longevity is affected by more factors than just the oxidation issue we talked about on the last page. Other factors that cause tires to fail can be over- or under-inflation, overloading a vehicle beyond an acceptable weight, improper maintenance, structural defects and improper installation of the tire [source: National Highway Traffic Safety Administration].

When an accident occurs, auto part information can be entered into a database for statistical purposes, however, the age of the tire is not usually recorded. So statistics on whether or not older tires are the root cause of tire-related accidents is difficult to nail-down. However, this doesn't mean that a tire's age doesn't have anything to do with tire failure. The NHTSA reported that a tire can lose its elasticity over time, which increases it's chances of becoming dry and brittle on the inside, affecting the car part longevity. When oxidation of a tire occurs, the break down of material properties in that tire can lead to tread separation [source: National Highway Traffic Safety Administration]. Tread separation is when the tread section of a tire peels off from the rest of the tire during use. Oxidation causes the steel belts in the tire to lose their adhesion to the rest of the components. The combination of these factors can then cause the entire tread to separate from the tire, potentially causing a driver to lose at least some control over the vehicle.

The NHTSA has received opposition from some organizations, like the Rubber Manufacturers Association (RMA), which is the national trade association for the rubber products industry. The RMA issued a press release in 2009 stating that, "Allegations that there is a correlation between tire performance and chronological tire age are unfounded and unsupported by data" [source: Rubber Manufacturers Association]. While other car parts and factors may play a role in tire failure, there are many manufacturers including Porsche, Toyota, Ford, Chrysler and BMW who strongly recommend replacing all tires, including the spare, after six years regardless of use or tread wear [source: National Highway Traffic Safety Administration]. The NHTSA is continually studying car part information and the dangers of older tires to provide consumers with more specific data on this issue.

For more about tires and other auto part information, follow the links on the next page. 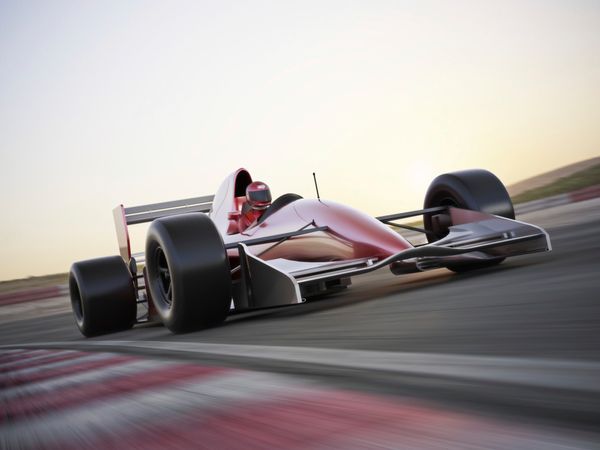 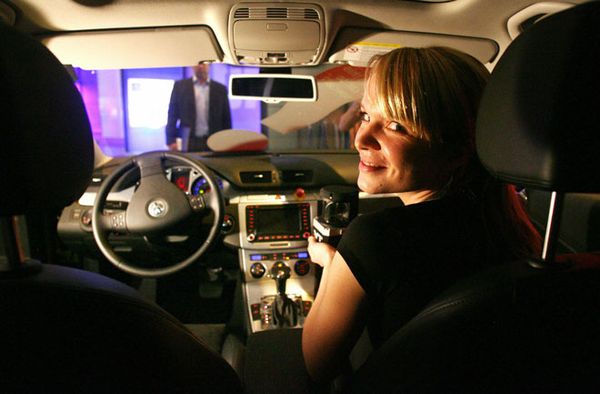 You May Like
How Driverless Cars Will Work
Explore More 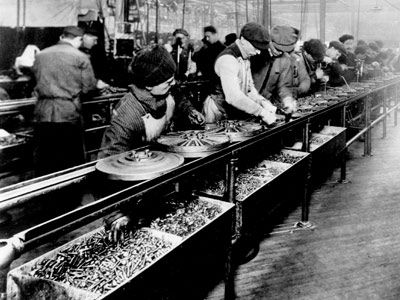