­Have you ever wondered what kind of mechanism makes your car windows go up and down? How about the power windows with the automatic-up feature that raises the windows by themselves, but stops raising them if there is an obstruction? Or maybe you've seen the Volkswagen TV commercial where the guy opens the windows by turning the key in the door lock.

In this article, you'll learn about what's going on in all of these power-window features and more!

­Let's start with the lifting mechanism. This cool device is the heart of a power-window system.

The win­dow lift on most cars uses a really neat linkage to lift the window glass while keeping it level. A small electric motor is attached to a worm gear and several other spur gears to create a large gear reduction, giving it enough torque to lift the window.

An important feature of power windows is that they cannot be forced open -- the worm gear in the drive mechanism takes care of this. Many worm gears have a self-locking feature because of the angle of contact between the worm and the gear. The worm can spin the gear, but the gear cannot spin the worm -- friction between the teeth causes the gears to bind.

In the next section we'll learn about some of the neat features some power windows have, including the child lockout and automatic-up.

The Wiring and Switches

­Car doors are wired in many different ways, depending on which features are incorporated. We'll go through the wiring on a basic system -- one that allows the driver to control all four windows on the car and can lockout the controls on the other three individual windows.

On this system, the power is fed to the driver's door through a 20-amp circuit breaker. The power comes into the window-switch control panel on the door and is distributed to a contact in the center of each of the four window switches. Two contacts, one on either side of the power contact, are connected to the vehicle ground and to the motor. The power also runs through the lockout switch to a similar window switch on each of the other doors.

When the driver presses one of the switches, one of the two side contacts is disconnected from the ground and connected to the center power contact, while the other one remains grounded. This provides power to the window motor. If the switch is pressed the other way, then power runs through the motor in the opposite direction.

On some cars, the power windows work in a completely different way. Instead of the power for the motor going through the switches directly, the switches are connected to one of the many electronic modules in the car (the average car contains 25). Some cars have one in the driver's door, as well as a central module called the body controller.

Cars that have lots of controls on the door are more likely to have a setup like this. Some cars have the power-window, power-mirror, power-lock and even power-seat controls all on the door. This would be too many wires to try to run out of the door.

For more information on power windows and related topics, check out the links on the next page. 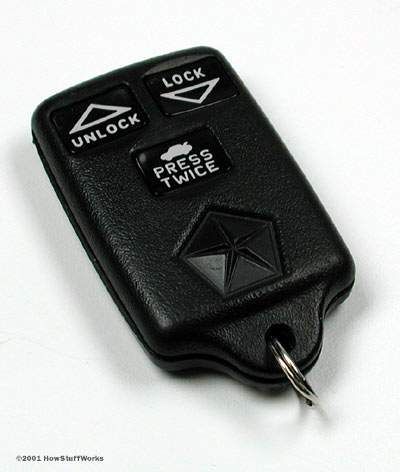 Up Next
How Remote Entry Works
Explore More

You May Like
How Cruise Control Works
Explore More