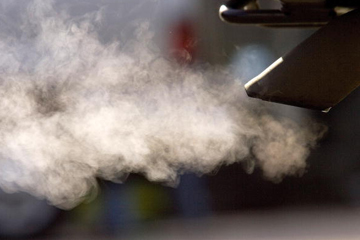 Soot buildup is a very common (and basically inevitable) plague of diesel engines, since soot's primary ingredients are components of diesel fuel. Excessive soot could simply signal the need for an oil change, or it could indicate bigger underlying problems.

Soot forms as a byproduct of incomplete combustion -- when the air and fuel mixture that powers the engine fails to completely ignite to produce its energy potential, there's leftover matter. When combustion is complete, only carbon dioxide and water remain; however, it's pretty rare that an engine combusts completely efficiently, so most engines produce some amount of soot. It's a common misconception that soot doesn't occur in gasoline engines; it does, but soot problems are much less common because gas engines combust fuel and expel exhaust more efficiently.

As soot builds to abnormal levels, engine problems begin. Soot thickens oil and negatively affects viscosity, which means the engine has to work harder to start and run during cold temperatures. Soot circulation also contributes to the formation of varnish and carbon deposits throughout the engine, which can wear down valves and seals, reducing efficiency and eventually causing failure. When excessive soot collects, it forms a congealed mass known as sludge, which is a leading cause of premature failure in diesel engines.

Once the damage is done, there's no way to alleviate its symptoms by simply using motor oil additives. Incidental amounts of soot rarely causes catastrophic engine failure if the engine is maintained properly, but as soot builds, the problems compound. Usually, two or more sources of engine damage combine to cause complete engine component failure.

On the next page, we'll discuss ways to prevent soot buildup in diesel engines. 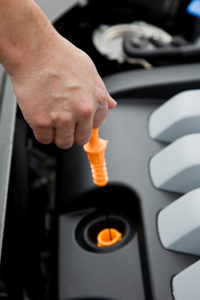 Soot is mostly harmless until it starts to clump, so preventing clumps is essential. Once clumps begin to form, they'll impede oil flow and cause all sorts of problems within the engine.

Changing the oil at the manufacturer's recommended interval is the easiest way to help prevent soot buildup; after all, regular lube changes should be performed anyway. It's best to select high quality motor oil that's formulated with special dispersants to prevent those unwanted globs of soot from forming. Good diesel oil will also include ingredients to protect the engine's surfaces from soot abrasion. Just remember to follow the manufacturer's recommendations for proper weight (also known as viscosity -- the industry standard that describes the oil's properties for flow and surface lubrication).

It's especially important to pay attention to motor oil requirements for newer diesel engines. They're designed to reduce harmful emissions for a lower impact on the environment, so they have higher injection pressure than the diesels of the past. This means the engines' internal surfaces are more likely to suffer abrasion damage by soot and other contaminants. Circulating soot also scrubs off protective coatings and lubricants, which can cause an increase in seizures within the engine.

Even regular oil changes have to be accompanied by other preventative procedures. The only other method to prevent soot buildup is to keep the engine in good shape -- though that's a process comprised of many factors. Soot buildup can be caused by:

These problems all affect the proper mixture and efficiency of fuel being burned. This results in soot buildup, which in turn makes the problems even worse. Fortunately, this cause-and-effect cycle can usually be identified early by symptoms that affect the car's drivability. Pay attention to stumbling, stalling, misfiring and hesitation, all of which indicate potential engine efficiency problems. These problems all require repair or replacement to restore proper combustion, improve engine efficiency and restore overall drivability.

If you're looking for more information about ways to prevent soot buildup in engines, follow the link on the next page.