Them Duke Boys Are At It Again 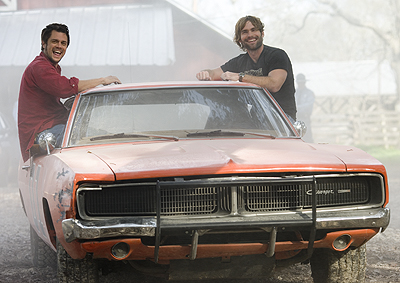 The "Dukes of Hazzard" made a comeback with a feature film starring Seann William Scott, Johnny Knoxville, and Jessica Simpson. In an interview with Cinema Confidential, Scott reports that all of the stunts were actually performed - there's no computer-generated General Lee flying through the air. The stunt crew from the "Bourne Supremacy" worked on the Dukes film. After a few weeks of training, Scott also got to drive the General for a few scenes. Knoxville confirmed Scott's skill in another interview. "Seann was training like four hours a day with Bobby Ore and Seann's damn good now," he said. "Reverse 180s, drifting, he's really good and he gets to do a lot of the driving in the movie."

For more information on the General Lee, check out the links on the following page.