HowStuffWorks
Auto
Under the Hood
Other Systems 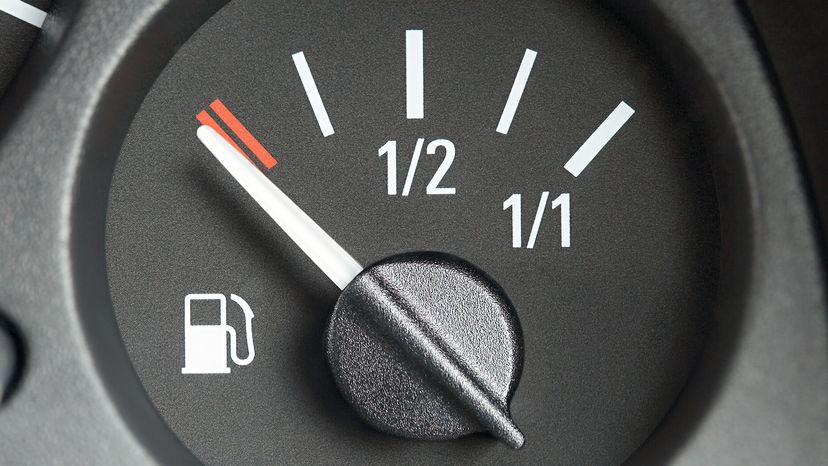 If you're like me, you like to squeeze every last mile you can out of your tank of fuel. If you could get 20 miles extra from each tank, that could save you two or three trips to the gas station over the course of a year.

The main impediment to stretching your mileage is the fuel gauge on your car, which makes you think you have less fuel than you actually do. These devices are notoriously inaccurate, showing empty when there are gallons left in the tank and showing full for the first 50 miles.

In this article, we'll learn why our fuel gauges behave the way they do. There are two main parts to a fuel gauge: the sender, which measures the level of fuel in the tank, and the gauge, which displays that level to the driver. First, let's see how a typical sender works.

The sending unit is located in the fuel tank of the car. It consists of a float, usually made of foam, connected to a thin, metal rod. The end of the rod is mounted to a variable resistor. A resistor is an electrical device that resists the flow of electricity. The more resistance there is, the less current will flow. In a fuel tank, the variable resistor consists of a strip of resistive material connected on one side to the ground. A wiper connected to the gauge slides along this strip of material, conducting the current from the gauge to the resistor. If the wiper is close to the grounded side of the strip, there is less resistive material in the path of the current, so the resistance is small. If the wiper is at the other end of the strip, there is more resistive material in the current's path, so the resistance is large.

When the float is near the top of the tank, the wiper on the variable resistor rests close to the grounded (negative) side, which means that the resistance is small and a relatively large amount of current passes through the sending unit back to the fuel gauge. As the level in the tank drops, the float sinks, the wiper moves, the resistance increases and the amount of current sent back to the gauge decreases.

This mechanism is one reason for the inaccuracy of fuel gauges. You may have noticed how your gauge tends to stay on full for quite a while after filling up. When your tank is full, the float is at its maximum raised position -- its upward movement is limited either by the rod it's connected to or by the top of the tank. This means that the float is submerged, and it won't start to sink until the fuel level drops to almost the bottom of the float. The needle on the gauge won't start to move until the float starts to sink.

Another possible cause of inaccuracy is the shape of the fuel tanks. Fuel tanks on cars today are made from plastic, molded to fit into very tight spaces on the cars. Often, the tank may be shaped to fit around pieces of the car body or frame. This means that when the float reaches the halfway point on the tank, there may be more or less than half of the fuel left in the tank, depending on its shape.

You may be surprised at how much fuel you actually have left when the needle is on empty. To find out, check your owner's manual for the exact volume of your fuel tank. Then, the next time your needle shows empty, find the nearest gas station and fill 'er up. Subtract the number of gallons it takes to fill your tank from the volume stated in the owner's manual, and you'll know just how much farther you can go when the gauge hits empty.

The gauge is also a simple device. The current from the sender passes through a resistor that either wraps around or is located near a bimetallic strip. The bimetallic strip is hooked up to the needle of the gauge through a linkage.

When the strip is heated, one metal expands less than the other, so the strip curves, with the metal that expands more on the outside. This bending action is what moves the needle.

As resistance increases, less current passes through the heating coil, so the bimetallic strip cools. As the strip cools, it straightens out, pulling the gauge from full to empty.

Some newer cars, instead of sending the current directly to the gauge, use a microprocessor that reads the output of the resistor and communicates with the dashboard. These systems actually help improve the accuracy of the gauge. Let's take a look at one of these systems.

Some newer cars have a microprocessor that reads the variable resistor in the tank and communicates that reading to another microprocessor in the dashboard. Carmakers can tinker with the gauge movement a little -- they can compensate for the shape of the tank by comparing the float position to a calibration curve. This curve correlates the position of the float with the volume of fuel left in the tank. This allows the gauge to read more accurately, especially in cars with complicated gas-tank shapes.

Systems like this can also trigger a fuel light that signals when fuel is getting low. Most of these lights come on while there are still a couple of gallons of gas left in the tank, giving you plenty of time to stop for fuel.

The microprocessor can also provide some damping to the needle movement. When you go around a turn, or up a hill, the fuel can slosh to one side of the tank and quickly change the float position. If the needle were to respond quickly to all of these changes, it would be bouncing all over the place. Instead, software calculates a moving average of the last several readings of the float position. This means that changes in needle position occur more slowly. You may have noticed this when filling up your car -- you'll finish filling the tank long before the needle reaches full.

While fuel gauges are far from exact, they err on the conservative side.

For more information on fuel gauges and related topics, check out the links on the next page. 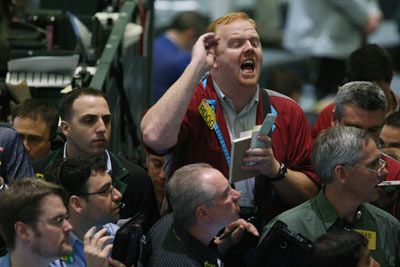 You May Like
How Gas Prices Work
Explore More