Increase Your Car's MPG with Eco-mods 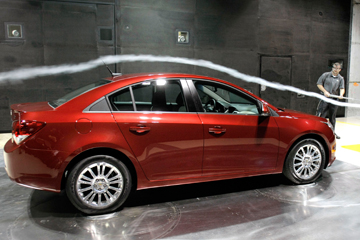 A 2011 Chevrolet Cruze ECO is tested in the world's largest automotive wind tunnel during a commemoration of the 30th anniversary of the General Motors Aerodynamics Laboratory in Warren, Mich.
(Bill Pugliano/Getty Images)

Eco-mods are ways to modify your car to improve its fuel economy, and there are a lot of them out there. Some are pretty logical, while others seem a bit like wishful thinking (although that's based purely on our reading -- we haven't actually tested them ourselves). Eco-mod hobbyists tend to get overexcited when discussing this subject, and some even categorize eco-mods based on mechanical modifications (modifying the engine, drivetrain and other mechanical components) vs. body mods (changing the car's exterior for better aerodynamics). Others prioritize them based on cost -- expensive vs. cheap vs. free.

We're going to discuss them according to what we consider to be reasonable vs. obsessive, based on how much fuel economy is reportedly gained relative to cost, effort and convenience. Some of these modifications, paired with an improvement in hypermiling skill, are solid long-term strategies for improving your car's fuel economy. Of course, the actual results vary based on a lot of different factors, such as the driver's skill, the car's stock specs, general condition and other modifications and the quality of the mod components and the quality of the installation. With that in mind, there are no actual numbers here -- anyone interested in these modifications should read up on specific parts and procedures to get a good idea of what to expect.

A lot of eco modders recommend starting with a ScanGauge OBD II monitor. It's relatively inexpensive, easy to install and it works on all OBD II (post-1996) computer-equipped vehicles. By monitoring fuel economy, drivers learn better driving habits. ScanGauge models provide trip computers and other analysis tools, and they also help troubleshoot any performance issues your car may have. A less expensive (and less useful) alternative is a vacuum gauge. It shows the driver if the engine is running under excessive load (less efficiently than it should under the circumstances), which helps the driver learn better driving habits to maintain a smooth and even load. Eco modders also run the lowest possible viscosity engine oil and transmission oil recommended for environmental conditions. Lower viscosity oil decreases mechanical resistance. Synthetic oils, which are more expensive, also improve viscosity. They even use skinny, low-rolling-resistance tires. The tradeoff is small, but this mod is a worthwhile investment if you need new tires anyway. (Don't be wasteful by replacing tires that aren't ready.) Lightweight wheels will reduce overall wheel weight, which is another mod that's worth it if you can get them cheap (or even free). For body modifications, a lot of cars will benefit from grille blocks, small panels that cover exposed grille areas on the car. Grille blocks are inexpensive, easy to install and available for several different vehicle makes and models. They improve aerodynamics and decrease the amount of time it takes for your car to warm up in cold weather. Pickup truck bed covers are another easy-to-install mod, perfect for workers who really need a pickup but are still mindful of the sub-par fuel economy. Other easy ways to improve aerodynamics include getting rid of the roof rack (for a moderate aerodynamic improvement) and getting rid of the mud flaps (for a minor, but free, improvement).

It should be noted here that a lot of devoted eco modders scrap their cars' entire engine system in favor of full hybrid or electric conversions. This strategy is obviously very expensive and a lot of work, so it's tempting to put this in the "obsessive" category. However, it delivers serious results, and it's typically done by the hardcore enthusiasts with a true commitment to the lifestyle (and usually on cars that are a couple of decades old). And there's plenty more. The following eco mods are typically seen only on a car with a lot of other eco mods. The individual tradeoff for each mod is minor relative to cost and effort, but when they're all combined (especially on a car with the aforementioned drivetrain conversion), these drivers achieve some impressive numbers.

Some eco-modded cars feature a solar panel on the roof -- not as a primary source of power, but rather to assist the battery on startup. It's very expensive for the tradeoff of taking a minor load off of the alternator, saving power and gas only at startup. A manual steering rack swap also saves a scant amount of power -- this mod is expensive and can make your car a bit more cumbersome to drive. An engine kill switch increases the ease of coasting (a popular, but dangerous, hypermiling strategy).

And there are endless possible body modifications to improve aerodynamics, often at the cost of comfort, safety and budget. Resistance can be decreased by adding a belly pan (which covers the entire underside of the car) to keep air from blowing up into the underbody. This is really good for aerodynamics, but it can be expensive and makes repairs and maintenance really cumbersome. An a la carte menu of minor aerodynamic mods suggests getting rid of the passenger side door mirror (legal only in some areas), though finding a block off plate might be a pain, and it decreases driver visibility, too. Green Car Reports suggests going one step further and replacing all the mirrors with cameras, which adds cost and even weight, but is much safer than reducing the driver's view. Some eco modders go so far as to delete the windshield wipers and door handles and seal all panel gaps so air flows more smoothly over the car. And some are not satisfied with a piecemeal solution. They opt for drastic reshaping of the car's body, including adding sheet metal to cover the wheels and a sculpted tail. Others remove front end mass to improve weight distribution. All of these modifications are expensive and difficult, requiring extensive bodywork skills to create a shape that is an actual improvement over the original form. Some of these cars end up completely unrecognizable, but to an eco-modder, it's a sign of devotion to the cause.

A long time ago, my car had a mod that was, in retrospect, a little goofy. Someone, somewhere on the Internet, found block-off plates so that owners of old VW Golfs and Jettas could remove the passenger side mirror and cover up the mounting spot. Kind of silly, a bit unsafe and not particularly attractive either. But it was European and rare, and so I had to have it. Never mind that for a few years in Europe, a passenger side mirror cost extra money, and that's why these trim pieces even existed. When people asked why I only had one mirror (because it was really weird looking), I wish I'd said it was for aerodynamic improvements so save fuel. I'd have been a trendsetter. 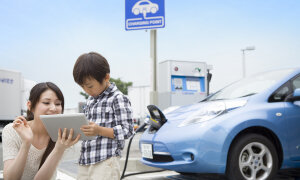