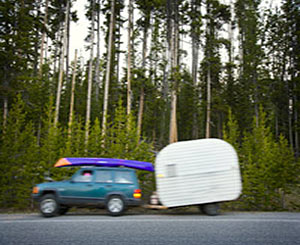 You'll need your ECU to regulate the air/fuel mix in your engine to make this job easier.
Blaine Franger/Getty Images

There are basically two types of people who'd want to make changes to the fuel map: Performance hounds and fuel misers.

Performance-minded people who are interested in eking every last hundredth of a second from their cars can reprogram the ECU's fuel map to deliver more fuel. There may be some fuel wasted and a lot more unburned fuel in the exhaust, but that's the price you pay for a win at the Saturday night drag races.

On the opposite end of the scale are those drivers who are willing to sacrifice performance for fuel economy­. A leaner fuel/air mixture is going to sap some power from the engine, but burning less fuel means higher miles per gallon and less fuel wasted in the process. There are even adjustable MAP sensors on the market specifically aimed at the fuel-saving crowd.

Which brings us to one last point: You must remember that the information in the vehicle's brain is only as good as what the sensors are telling it. If a sensor is bad and sending faulty information, the ECU will not adjust the fuel injectors correctly. Failure usually occurs due to a dusty sensor or a corroded or loose electrical connection. Occasionally, the sensor itself will just go bad and send incorrect signals.

To stick with our earlier example of an engine under very heavy load -- the camper on the highway in the Rockies -- let's think about what would happen if one of those sensors were bad. If the Mass Air Flow (MAF) sensor, for example, wasn't working correctly, it might tell the ECU that there wasn't a lot of air moving into the engine. This would move the point on the fuel map, and the ECU wouldn't know to send a signal to the fuel injectors to increase the amount of fuel in the mix to make up for all that air. The engine would seem sluggish, since it wasn't getting the energy it needed to do such a difficult job.

The fuel map inside the ECU is able to adjust the air/fuel mix for maximum efficiency and performance in any condition - that is, as long as the sensors are giving it the right information.