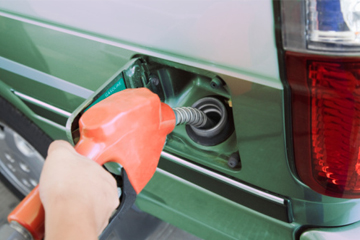 Some engines are super-efficient, thanks to their engineers playing with a little thing called compression ratio. See pictures of car engines.
Duangkamon Khattiya/Photographer's Choice/Getty Images

Have you noticed the wave of cars with great gas mileage hitting the market? The Mazda3 with the SkyActiv engine can get 42 miles per gallon (17.9 kilometers per liter). The Chevrolet Cruze Eco can get 40 miles per gallon (17 kilometers per liter), and the Hyundai Elantra can too. And get this: Even though these cars get some of the best gas mileage in the industry, they're not using gasoline-electric hybrid technology, alternative fuels or other green tricks. They're powered by the old-fashion internal combustion engine. So what makes their fuel economy so good? Their engines are super-efficient, thanks to their engineers playing with a little thing called compression ratio.

Your basic car engine works by turning chemical energy from a controlled explosion of the mixture of air, gasoline and a spark, into mechanical motion. For a more detailed look at this process, check out how a car engine works. But, the basic story is that each car engine has a set number of cylinders that house pistons. The controlled explosion makes the piston move up and down, which turns the engine's crankshaft (that's the conversion of chemical to mechanical energy), which in turn, powers the wheels.

The compression ratio is the ratio of the volume of the cylinder and the combustion chamber when the piston is at the bottom, and the volume of the combustion chamber when the piston is at the top. Automotive engineers can improve fuel efficiency and fuel economy by designing engines with high compression ratios. The higher the ratio, the more compressed the air in the cylinder is. When the air is compressed, you get a more powerful explosion from the air-fuel mixture, and more of the fuel gets used. Think about it this way: If you had to be near an explosion, you'd probably choose to be near one somewhere outside, because the force of the explosion would dissipate, and it wouldn't seem as powerful. In a small room, however, the force would be contained, making it feel much more powerful. It's the same thing with compression ratios. By keeping the explosion in a smaller space, more of its power can be harnessed. By increasing the compression ration from 8:1 to 9:1, for example, you can improve fuel economy by about 5 to 6 percent.

Like we learned on the previous page, static engine compression is measured when the air intake valve of an engine is fully closed. However, in real operation, that almost never happens. The engine is running so fast, that the air intake valve may need to open again before the piston has finished its full up and down stroke. When that happens, some of the pressure within the cylinder leeches out, which reduces efficiency. In essence, there's more space for the air, so the engine loses some of the power from the air-fuel combustion.

Today's the high-efficiency engines on many of today's cars owe a lot of their fuel economy to their high compression ratios. But, a high compression engine has its drawbacks, too. To keep it running in tip-top shape, you need to use high-octane gas, which is more expensive than regular unleaded gas. If you skip the premium gas, over time, the engine can develop a knock. An engine knock is when the air-fuel combustion doesn't happen at the optimal time in the piston's stroke. Using low octane fuel in a high-compression engine can make engine knocks more likely, so if you get a new, fuel-efficient, high-compression car, make sure you use the type of gas that's recommended in your owner's manual to get the most out of it.

Looking for more information about engine compression ratio and fuel economy? Just follow the links on the next page.