Aerodynamic drag is the force of air along the length of the traveling car, opposing the car's force. As the car cuts a path through the air, some air molecules collide with the front bumper, producing resistance.

­Other molecules flow along the hood, only to come up against the windshield -- another source of drag. The air that glides smoothly over the roof grows turbulent above the rear window and behind the car, exerting a backward force on the vehicle.

Speed, air density, and car size, shape and design all determine the magnitude of a car's drag force.

Drag is the major obstacle to acceleration and racing speed. A passenger car driving on the highway spends an estimated 60 percent of its energy overcoming air drag, a far greater percentage than tire friction and the energy needs of the drive train itself [source: Beauchamp].

Defeating drag was the first major focus of automotive aerodynamics, beginning in the 1960s. It is still the most important variable in racing conditions that place a smaller premium on downforce, such as longer tracks with more straightaways.

The sleek lines, tilted windshields and rounded corners of modern race cars -- and passenger cars for that matter -- are designed to minimize drag. But the quest to engineer racecars with high net downforce sometimes leads to additional drag. The rear spoiler found on NASCAR vehicles is a case in point: It increases drag by distributing weight from the front to the back of the car [source: Circle Track]. Aerodynamics remains a vibrant and young field of engineering, with many innovations still to come down the road.

To keep up with the latest innovations in aerodynamics, visit the links below.

Ordinary drivers needn't worry about the downforce of their vehicles, but passenger cars can reduce drag by lowering the chassis, adding an air dam, wheel well and hood fairings [source: Beauchamp]. 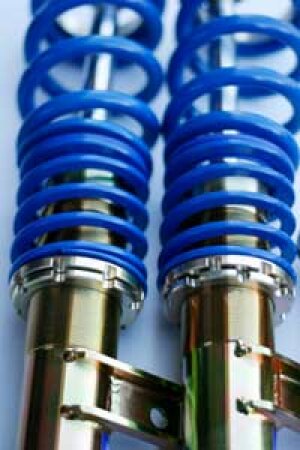