by Larry Woody
Prev NEXT
3 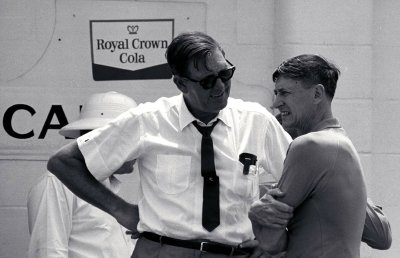 Why it's No. 3: This was the first Daytona 500, and it was a dilly. Petty -- the patriarch of NASCAR's First Family -- sped toward the finish line in a side-by-side battle with Johnny Beauchamp, a hiccup finish made even more complicated by the fact that Joe Weatherly, two laps down, was wedged in beside the two leaders. The three cars crossed the finish line in a dead-heat blur.

Who won? Nobody knew. It was too close to call.

It took three days of studying still photos of the finish before NASCAR president Bill France Sr. finally proclaimed Petty the victor. Did he make the correct call? The debate continues to this day.

The controversial finish was good news for the fledgling sport. For three days, it kept NASCAR and the Daytona 500 on the front page of sports sections around the country. Stock car racing had never received so much publicity -- the Daytona 500 was on its way.