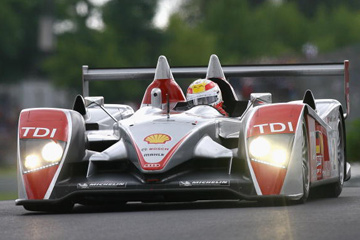 The roar of the crowd, the scream of the engines, and the wails of the mechanics struggling to get their burned-out and broken-down vehicles across the finish line -- this is endurance motorsport.

Endurance auto racing has existed almost as long as there have been cars to race. In 1900, drivers jaunted their jalopies along an Italian endurance circuit called the Coppa Florio, which ran roughly 115 miles (185 kilometers) from Brescia to Cremona to Mantova (Mantua) and back. Racers would sometimes take down multiple laps of this route in Panhards, Mercedes, Darracqs and Fiats, cars that by today's standards were little better than souped-up rattletraps, on treacherous and poorly kept roads.

Then as now, the race was as much a test of a vehicle's metal as of its driver's mettle, and manufacturers and car jockeys shared the credit -- and honors -- for victory.

The Coppa Florio and its ilk, in which drivers vie to complete a certain distance the fastest, belong to one of the two main categories of endurance auto racing. The other involves seeing who can travel the farthest in a set time. These timed races can run for anywhere from a few hours to half a day, or even an entire 24-hour period.

The first 24-hour race took place in 1907 at Brooklands, a 2.8-mile (4.4-kilometer) motor racing circuit and aerodrome in Surrey, England. Brooklands was the first speedway ever built specifically for auto racing. Today, one of the most famous races in the world, Le Mans, remains a 24-hour race.

Endurance motorsport has expanded dramatically through the years. It's no wonder -- endurance races pack all of the excitement of shorter races, but add the drama of catastrophic mechanical breakdowns and the steady, heart-rending attrition of viable vehicles as the laws of physics take their toll. Of course, expansion has also meant that the sport has branched out and grown more complex. Races now break down into numerous categories and subcategories based on car type, manufacturer or private maker, course and event length, number of drivers and so on.

Some commonalities stand out, however. In this article, we'll put you in the drivers seat for a speedy tour of what makes endurance racing so challenging and exciting. So, buckle up and watch those RPMs.

Endurance racing stands out from other kinds of motorsport in that it tests not only the stamina and skill of the driver, but the sustained durability and reliability of the vehicle. Whether it's for 24 hours at Le Mans, 12 hours at Sebring, 10 hours at Petit Le Mans or 1,000 kilometers (621 miles) in the European races, these events prove not only which driving team reins supreme, but also which car can go the distance.

It's no wonder that auto manufactures take such pride in boasting about their wins at the great endurance races. However, auto manufacturers do not hold a monopoly on endurance racing vehicles -- far from it. Independent groups, known in the racing world as "privateers," also field fleet fleets on the circuit.

Endurance races usually take place on closed tracks with closed wheel cars (unlike formula cars, which have open wheels -- that is, wheels outside of the car body). The typical event involves teams of two to four drivers attempting to cover a set distance the fastest or to go the farthest in a specified time. Over the course of the race, the drivers must make pit stops to fuel and service the car, as well as to switch drivers, who each drive a "stint" lasting around an hour to 90 minutes. Because of the tactical importance of these switches, stints can be highly variable in length. Some races limit the stint length for safety reasons.

Several classes of car compete for endurance prizes. Some classes are populated by prototypes built to specifications set out for that race. The Le Mans Series (LMS) and American Le Mans series (ALMS) alone use two classes of prototype closed-wheel car. The first class, called Le Mans Prototype 1 (LMP1), is famously manufactured by Audi, Peugeot and Aston Martin. LMP2 cars are smaller, lighter and less powerful, but have potentially better power-to-weight ratios. Porsche, Acura and Mazda are known for their LMP2 prototypes.

In addition, three classes of sports cars, including Corvettes, Vipers, Saleens, Aston Martins, Porsches, Ferraris and BMW GTs, also compete at LMS and ALMS events. Races can also be limited to "spec cars" (in which all racers drive the same make of car, with the same chassis and engine) or touring cars (vehicles based not high-performance sports cars, but rather road cars).

Even in races that run such great distances and last so long, drivers and vehicles often achieve victory by a narrow margin. Many a 24-hour race has come down in the end to which team made the fewest mistakes.

Now that we have the basics down, let's take a trip around the circuit.

Off-road endurance races like the Dakar Rally combine the mental and mechanical challenges of endurance racing with the out-and-out pounding of rally driving. Unlike traditional rallies, which use converted road cars, Dakar uses true off-road vehicles and crosses harsher terrain, including dunes, mud, rocks and grass.

The race length varies. Drivers have covered up to 9,321 miles (15,000 kilometers) in a single Dakar, although timed off-road racing accounts for only part of that distance.

Dakar ran through Southern Europe and Africa from 1978 through 2007. Following its cancellation in 2008 due to terror concerns, it moved to South America, where it remains to this day. 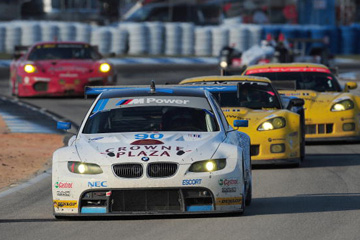 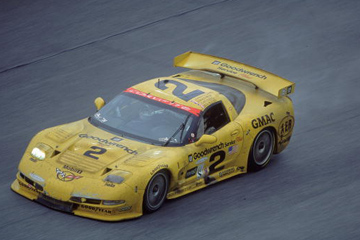 For more information about endurance racing and other related topics, follow the links on the next page.