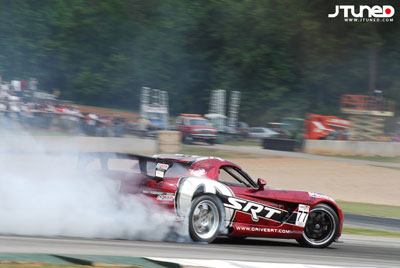 With the release of the third installment in the movie series "The Fast and Furious," this one is called "Tokyo Drift," drifting has finally made it to the big screen. Sure, Hollywood has known about donuts for decades, but this one's all about the sport of losing traction. In drifting, drivers force their car to slide sideways through a turn, and professional drifters can accomplish a true driving contradiction: They can control what happens when their tires no longer grip the road.

Drifting is really nothing new. If your car's rear end has ever swung around on a wet road, and you've struggled for 50 feet to get control, you've drifted. Even in car racing, drifting is pretty old hat. When race car drivers go around a turn at high speed, especially in the early days of racing when tires didn't have the grip they do now, the back end would sometimes swing out. The car would either spin out or the driver would recover from the drift and keep moving. Today, even with tires that could probably grip a vertical wall, the ability to drift without spinning out is an enviable skill in racing. The best drivers can control a drift so they can use it to their advantage -- a driver who can take a "non-ideal" path through a turn and brake late, causing the car to lose traction through the turn, has far mo­re opportunities to pass than a driver who can't manage a drift.

­What's relatively new is the advent of drifting as a sport in its own right. "Drift racing" was born on the winding mountain roads of Japan in the 1990s, and it has been spreading to the United States and the United Kingdom for the last five years or so. A simple drift has a car moving sideways through a single turn, but it can get much more complex than that. At the pro level, drivers can drift through several opposing turns without their wheels ever gripping the road. That's where the winding mountain roads come in -- aside from the death factor, mountain roads are ideal drifting courses. The multiple, tight, S-type turn configurations allow drivers to display the most advanced drifting skills.

We'll look at clutching and braking techniques in the next section.
­ 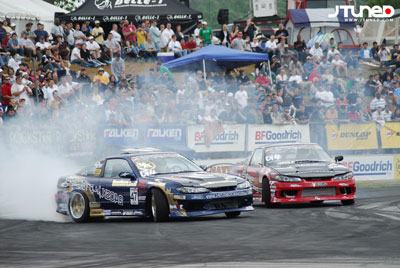 The first drifting technique a driver needs to master is actually a regular racing technique. Heel-and-toe shifting lets a race car driver downshift smoothly and quickly (to increase rpm) while simultaneously braking (to shift the car's weight forward). The goal of this shifting technique is to maintain equilibrium between engine speed and wheel speed so the drivetrain doesn't jolt while downshifting. To heel-and-toe downshift while your right foot is on the brake, you depress the clutch with your left foot, shift to neutral and release the clutch. Then, keeping the ball of your right foot on the brake, you move your right heel to the gas pedal and rev the engine until the rpm matches up with wheel speed (usually an increase of about 1,500 rpm per one-gear downshift). Once you reach the proper rpm, you get off the gas pedal, still applying the brake, push in the clutch again and downshift. Once a driver can execute proper race-style shifting, she's ready to master some drifting techniques. 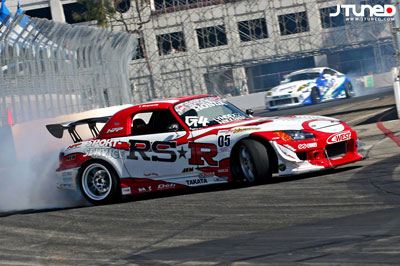 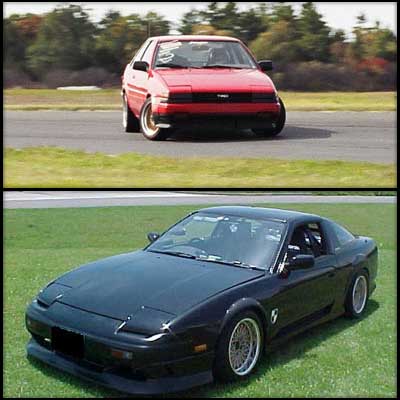 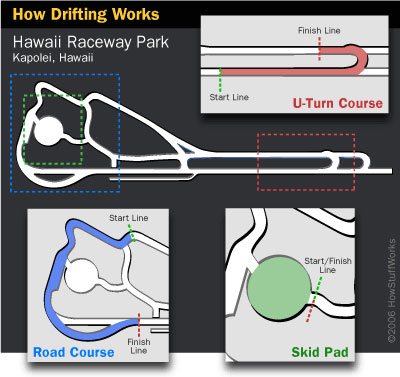 Once the solo runs narrow the field, the competition moves to tandem runs. At this stage, two cars are on the course at the same time, taking turns as the lead car and the chasing car. This is an offensive/defensive setup designed to find out who can drift best under pressure. The lead car must avoid the chasing car and at the same time execute an ideal drift; meanwhile, the chasing car is trying to mess up the lead car by getting in its way and is also trying to achieve its own ideal drift. A driver who spins out or causes contact automatically loses the tandem run. In this run, judges award points comparatively, so one driver always comes out on top.

If you're interested in getting involved in the sport of drifting, you basically follow the same kind of path you would for any other motor sport. You start by learning the ropes, and the best way to learn drifting is to attend a learning event offered by one of the drift leagues. Don't try to learn to drift on public roads or empty parking lots -- it's unsafe for everyone, including the driver. In an empty parking lot, there's no help around if you crash your car, which is a distinct possibility in a sport based on the premise of losing control.

Once you've learned the basics, you can go to drift raceways when they're having practice events and drift to your heart's content -- you have to pay for time, but safety personnel are on hand in case there's an accident, and it also gives you a chance to connect with other drifters and register for driver search events and amateur qualifying rounds. Winners from search events make it to the qualifying competitions, and winners from the qualifying competitions keep moving up until they reach the professional drift circuit.

To look for an event in your area where you can drift, learn to drift or watch other people drift, check out some of these Web sites:

For more information on drifting and related topics, check out the links on the next page.