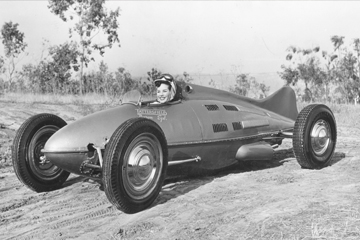 Hollywood, California - Built from the belly tank of a P-38 fighter plane, this sleek hot rod was unofficially timed at 158 miles per hour in 1948.
PhotoQuest/Getty Images

Hey, I've got an idea for something to do this weekend: How about you strap yourself inside a gas tank from a World War II fighter plane and go screaming across some salt flats at nearly 200 miles per hour (322 kilometers per hour)? C'mon man, it'll be fun!

That pretty much describes belly tank racing, a type of car racing that evolved in the 1940s and 1950s using surplus plane parts from WWII. Streaking across dry lake beds in the American West, belly tank racers were the platform that a generation of mechanics, designers and drivers used to set land speed records and spark the imagination of many of today's gearheads.

Though it sounds like something that a 90s-kid-turned-marketing-executive dreamed up for the X Games, belly tank racing is an important part of hot rod culture and a pretty old activity. Belly tank racers started in the 1940s (yes, your grandpa's generation invented it), and while the classic racers are now important historical artifacts that are too valuable to race anymore, the descendants of those original hot rodders and their belly tank cars still race across lake beds for speed records and bragging rights. Of course, today's lakester race cars are more technically advanced, safer and faster than the originals, but they don't have the appeal of being made from surplus military parts.

When you take some cast-off gas tanks, add in some big engines, plenty of spare time and a dry lake bed, you have the perfect recipe for weekend wrench warriors setting speed records in their belly tank racers. Feel like squeezing yourself into an old gas tank? Strap in and squeeze your lucky rabbit's foot — we're going belly tank racing. Keep reading to see how fearless drivers, innovative mechanics and $35 worth of military steel raced into the history books. 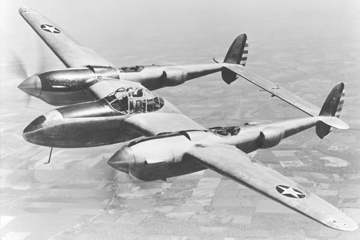 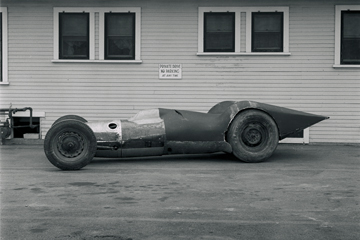 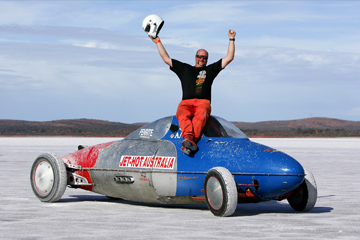