Inside the Atom Engine

Unlike Formula One racers with monstrous V10 engines and systems tuned to conform to strict rules, the Atom was designed to be accessible -- and drivable -- by anyone. It is fundamentally no different than the Honda Civic parked in your garage. It has:

Let's take a closer look at these systems to see what makes the Atom tick. 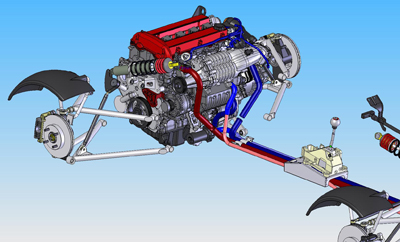 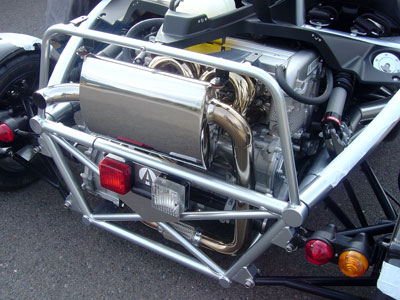 The Engine
In Europe, the Atom comes standard with Honda's four-cylinder iVTEC engine -- the same engine used in Honda Civic and Civic Type-R models. This might seem a bit pedestrian, but the Honda iVTEC, with a displacement of 1,998 cubic centimeters and a power output of 220 horsepower (280 horsepower with tuning), is considered by many to be the best four-cylinder production engine in the world.

In North America, the Atom comes standard with a General Motors Ecotec engine made in Germany. This is the same engine GM uses in the Chevy Cobalt SS and Saturn models, and it doesn't lose anything in the translation. Available in both 2.2-liter and 2.0-liter supercharged versions, the Ecotec engine delivers between 140 and 300 horsepower, depending on the specific package. At the low end of the performance spectrum, what Brammo considers its "budget" model, the Atom could keep up with a Porsche 911 Turbo. At the high end of the spectrum, the Ecotec-outfitted Atom just might be the fastest car in the world.