The 1935-1936 Pontiac styling, while not at all similar in appearance to the 1934 Pontiac, had the same design mission: to establish Pontiac as a high-style but fairly inexpensive marque, a step up from the entry-level field.

The new 1935 Pontiac was a more streamlined, Art Deco machine that ushered in a design cue destined to be a trademark for the division for more than 20 years, the famed "Silver Streak."

Up front, the Silver Streak treatment began as a bright band of multiple ribs running from the base of the windshield and across the top of the hood, forming a somewhat streamlined waterfall grille. Complementary touches included deco-inspired trim on the hood sides and somewhat teardrop-shaped parking lamps atop the fenders.

Legend has it that the Silver Streak design theme was inspired by a photo of a Napier race car, its oil cooler protruding through the hood, that Hershey saw in a French magazine.

The streaks would become an enduring Pontiac trademark that would last through 1956. Ironically, it was the son of "Big Bill," Semon E. "Bunkie" Knudsen, who ordered the Silver Streaks removed from the 1957s when he became division general manager in June 1956. 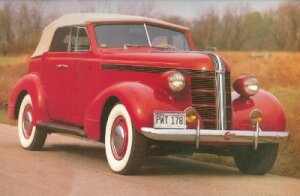 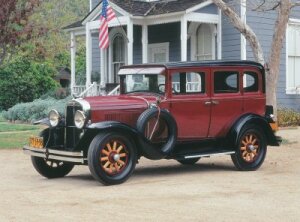