by Patrick J. Kiger Aug 17, 2017
You might assume higher fuel taxes would cut into the profits of the trucking industry. But taking a bigger-picture approach helps explain why industry associations actually advocate for a tax increase. Jetta Productions/Getty Images

Truck drivers in the United States use a lot of diesel fuel — 38 billion gallons (144 billion liters) a year, according to the American Trucking Associations (ATA) industry group. So you might think it's one group that clearly wouldn't want to see a federal fuel-tax hike, as it would increase its costs. After all, truckers already pay a hefty 24.4 cents per gallon in federal tax on diesel fuel, which is significantly higher than the 18.4 cents per gallon that car drivers pay on gasoline purchases federally, according to the U.S. Energy Information Administration.

That's why it probably will come as a surprise that ATA, the umbrella organization of state trucking groups and industry-related conferences and councils, has been pushing Congress and the White House for years to increase federal fuel taxes. As the New York Times recently reported, ATA officials have testified before Congress at least 19 times over the past 11 years in favor of raising federal fuel taxes.

A trucker unloads fuel from a truck to resupply a gas station in Honolulu, Hawaii.
Gary Hofheimer Photography/Getty Images

The reason: Truckers have to depend upon roads, bridges, tunnels and other parts of the U.S. transportation infrastructure, which has fallen into an increasing state of disrepair. As a 2017 report by the American Society of Civil Engineers concluded, the U.S. has been underspending on infrastructure maintenance for years, so that we now have a staggering $420 billion backlog in needed highway repairs, and another $123 billion in overdue bridge fixes. That's not even counting the upgrades, new roads and modernization needed to accommodate increased future traffic needs, which could require another $193 billion in spending.

Fuel taxes are one way to raise some of the needed money, but those levies aren't indexed to inflation and were last raised in 1993, so they haven't kept up with rising infrastructure costs.

"The fuel tax is the most efficient revenue source, and increasing it will produce no additional collection costs and minimal evasion," trucking executive Derek J. Leathers told a U.S. Senate subcommittee in April. "Indexing can limit the negative revenue impacts of inflation and improved vehicle fuel efficiency."

Leathers said the industry prefers fuel taxes to another possible solution — conversion of existing lanes in the interstate system to toll roads. Setting up and manning toll booths would result in more overhead and less money spent on roads, and traffic would shift to alternative routes that aren't built to handle that much traffic, he testified.

Now That's Interesting
In early 2017 the state of California enacted its own tax increase, raising the state excise tax on gasoline from 18 cents to 30 cents per gallon. The diesel excise tax will jump from 18 to 38 cents, and a 4 percent sales tax will also be added. Those, and vehicle tax increases, will raise $5.2 billion a year for state and local road and bridge repairs.

Deep in the Heart of Our Galaxy, Einstein Proved Right Again

Do People Who Protest in Public Have an Expectation of Online Privacy? 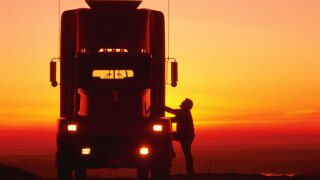 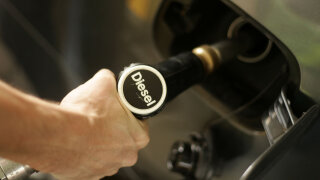 What if I put diesel fuel in an automobile that required unleaded fuel only? 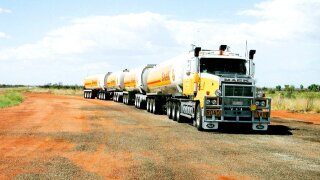