Forgetting to Torque the Lug Nuts

A pile of lug nuts at the Charlotte Motor Speedway in Concord, N.C. (David Taylor/Allsport/Getty Images)

Even though Popular Mechanics has this handy tutorial that explains how to achieve the proper amount of force for lug nuts, don't let that intimidate you. If you managed to change out a wheel (or rotate all four corners) without dumping the car off the jack, you should be able to handle simple lug nut installation. Just read your owner's manual for the proper specs and use a torque wrench. That's what they're made for.

But apparently, plenty of people can't seem to get this right. So, after going through all the effort of moving the wheels around for a tire rotation or replacement, they scurry off with the wheels insufficiently bolted on. Guess what -- they won't be on for long. Note also the very real possibility of over-tightening the lug nuts -- it may be a little less obvious than under-tightening, but it has similar consequences. Instead of a loose wheel simply wobbling until it works its way off, all the tension of driving compounds to further stress out the over-tense lugs. Improper amounts of metal-on-metal friction ensue, and over time, something's gotta give. The lug nut or the wheel stud, being the smallest parts of the equation (and likely damaged by over tightening), may eventually snap-off. Not good. 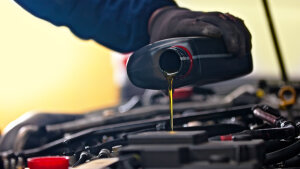 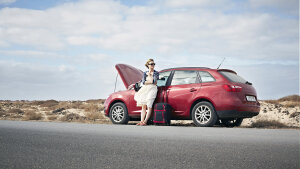 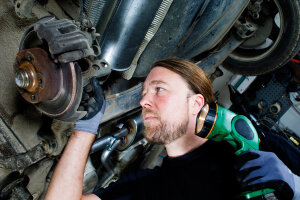