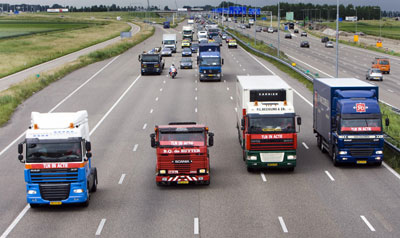 Ah, the life of a long-haul trucker -- there's nothing like it. It's just you and the open road: The occasional crackle of the radio cuts through the quiet hum of the highway as it passes beneath your wheels. It's a life of freedom; truckers get to dine out every day and see the world from its scenic byways.

Truckers may live a free life, but they're also part of a major industry -- and a vital one at that. Transportation is linked to every aspect of the global economy. Everything from the clothes you're wearing to the food in your refrigerator likely spent some time aboard a semi between the time the item was made and the time it was purchased.

Since trucking's a business, truck line owners have to keep their profits high and their overhead low. And perhaps no other factor in the trucking business takes as big a bite out of truckers' profits as gas prices: When fuel costs rise, trucking profits decrease. In Europe in May 2008, diesel fuel topped $11 per gallon, 40 percent more than the previous year [source: Time]. Independent truckers and small outfits were in danger of bankruptcy from the high prices, and as a result, truckers across Spain, Portugal and other parts of Europe staged strikes.

These strikes had a ripple effect throughout the economies of the interdependent Western European nations. Auto manufacturers closed plants since they had no parts with which to build cars. Grocery store shelves ran dry as food supplies dwindled [source: AP]. Truckers showed how integral their role is in keeping economies thriving by effectively crippling the economies for a five-day period in the spring of 2008.

While governments are seeking ways to lower the cost of gas, there's at least one person looking at the problem from a different angle. Instead of attempting to decrease fuel prices, why not just make semis that consume less fuel?

So who's looking to reinvent the 18-wheeler? Find out on the next page. 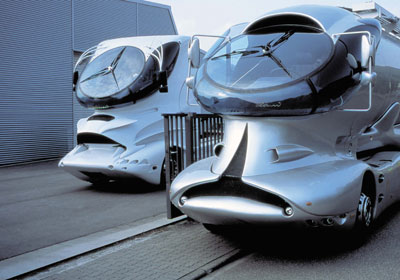