Why is quality motor oil important? 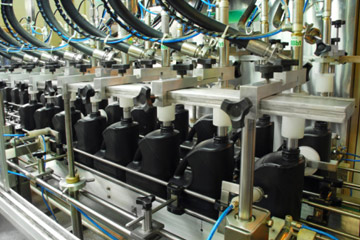 Be sure to look for the "starburst" and "donut" seals from the API on the bottle.
iStockphoto/Thinkstock

When you're considering a type of oil to purchase, look for the "starburst" and "donut" seals from the American Petroleum Institute (API) on the bottle. These identify that the oil meets the API's service standards, and will help keep you away from the lower quality oils.

The API's current highest rating for motor oil is SM. This oil is intended for all gasoline engines currently in use and has been the standard since 2004. For diesel engines, the current top oil rating is CI-4. In the API's words, SM oils are "designed to provide improved oxidation resistance, improved deposit protection, better wear protection, and better low-temperature performance over the life of the oil" [source: API].

Older types of motor oil (category SA thru SH) are considered obsolete but are often still on the market. Customers who don't know any better may inadvertently purchase these oils. For instance, SA oils contain no additives and could lead to higher emissions and engine damage in cars built after 1930. And category SJ protects all gasoline engines from 2001 (and earlier), so everything below the grade of SJ is considered obsolete.

In 2004, the Alliance of Automobile Manufacturers conducted a study that compared SL oil -- which at the time of the study was the top standard and is still usable today -- to SA oil in modern engines. The results were that the engines that used SA oil had more wear and more sludge than the SL engines. The SA engines had excessive deposits and wear, and were more likely to lead to catastrophic engine failure.

Now that you know why you should only purchase SJ-, SL- or SM-rated motor oils, we'll look at which types of oils are best for your vehicle.